During the early hours of this Wednesday, Zapopan Firefighters attended a fire in the El Vigía neighborhood, where a warehouse near the Mercado del Mar caught fire; There were no fatalities or injuries. 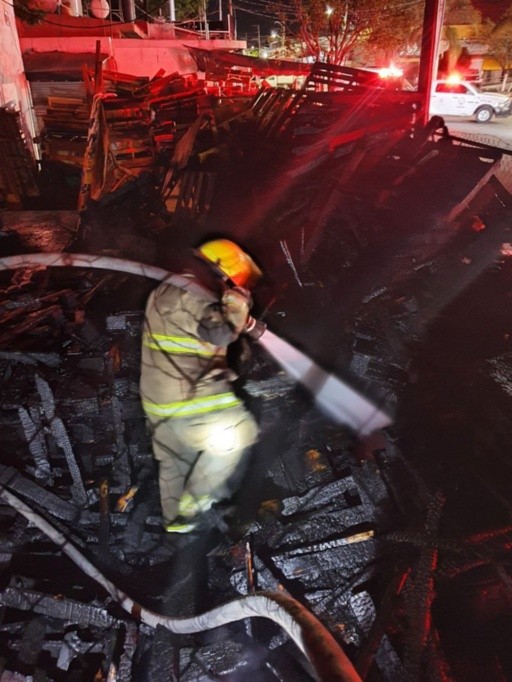 The conflagration was recorded at 3:00 a.m. at the intersection of Pino Suárez and Del Estribo street, where a fire was reported in a warehouse via the emergency number.

The fire started on some pallets located outside the warehouse, but then the fire spread to the farm.

Rescuers quickly contained the fire, preventing it from spreading to other adjoining warehouses. There were no injuries or structural damage to the building.

Among those affected were office furniture, shelves, some computers, and chairs..