Maluma in Peru: he was a reality boy, they gave away his tickets and now he fills stadiums and rubs shoulders with big stars 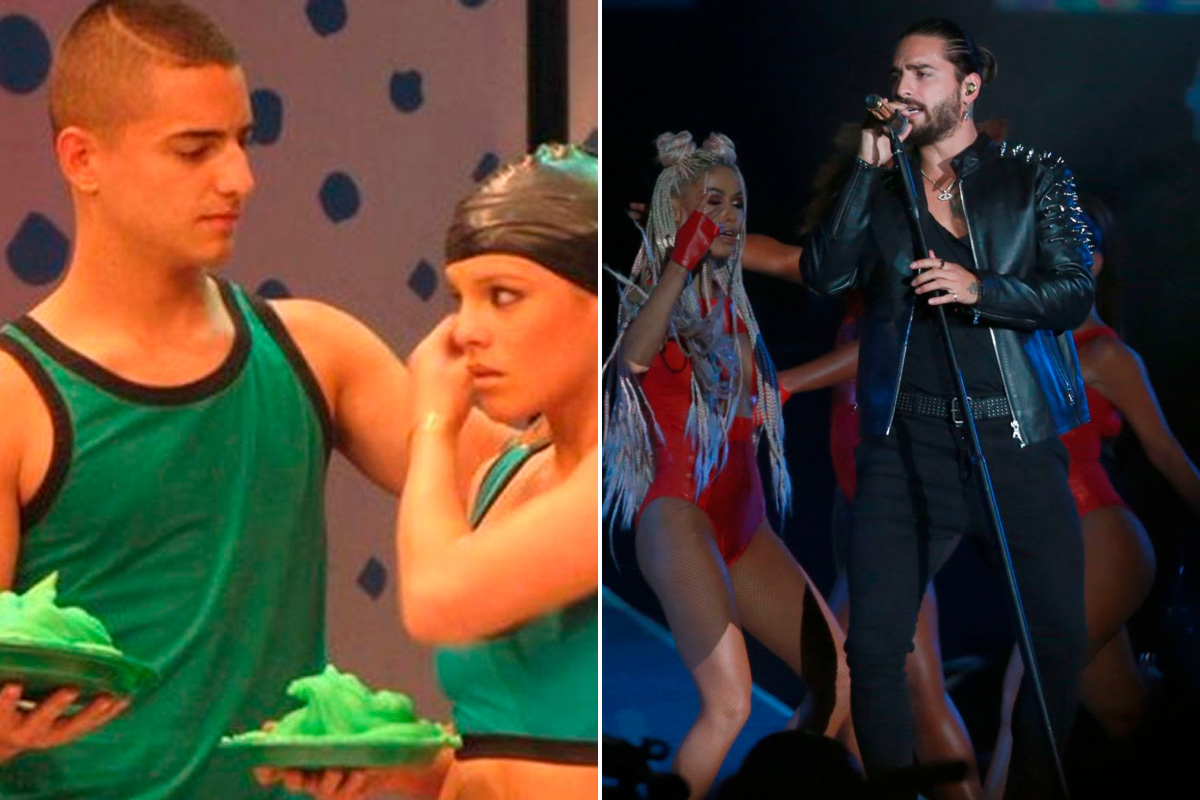 Maluma and his time in Peru before becoming an international celebrity. (Photo: Capture of ATV and Andina)

Juan Luis Londoño Arias, better known as Maluma, is a well-known reggaeton singer, author of international hits like ‘Hawái’, ‘HP’ and ‘No contract’. Very few know that he lived for a time in Peru with the aim of promoting his first songs. For this reason, the Colombian appeared in different television programs, although they gave him very little space.

In 2012, after the release of his debut album ‘Magia’, he started a promotion strategy in Colombia and, in order to gain new markets, he decided to come to our country quite often, to the point of offering free concerts in various shopping malls.

“When I started my career, I was working in Colombia and also in Peru (my promotional work). It was growing in both parts equally. And Peru became my second home for a long time”, He commented in an interview for El Comercio.

Although many do not remember it, to become known in Peru, he decided to participate in the reality show “Combate”, where he was immediately related to the model Sheyla Rojas, even the Colombian singer dedicated the song “Obsesión” to him.

However, this relationship had no future, because at that time the blonde was deeply in love with the Spanish bullfighter Antonio Pavón, so her flirtations in front of cameras only remained within the reality show.

“I remember that I did Combate, I was there for a week, and I had to do a million things for the Peruvian public to fall in love with my music (…) I will never forget that Peru was one of the first countries that shook my hand. And coming back gives me a lot of feeling and reminds me of many very special things.”, he said in the same interview.

At the age of 20, Maluma came to Peru once again and walked through the most popular spa in Lima, we refer to Agua Dulce. At that time, the Colombian singer had made the song ‘Latemperature’ cute.

It was the summer of 2015 and on that visit he took several photos with different fans who recognized them, but there were very few people, since it is well known that nowadays almost everyone has had to hear his name at some point for different reasons.

“I love sharing with my people, plus the weather is very tasty”, Maluma said while being interviewed by the Weekly Report cameras. Likewise, the artist stressed that he felt comfortable in our country because people loved him even though he was a foreigner.

Last Saturday, April 30, Maluma gave a mega-concert called ‘Medallo en el mapa’, from his hometown of Medellín. This event was attended by well-known guests from the music industry, such as Madonna.

The show that Maluma presented is considered the largest of his career, as it was attended by about 54 thousand people, so it had a 360-degree stage.

Luciana Fuster does not want to be compared with Flavia Laos: “I live my life and not the rest”Aldo Miyashiro deleted all his photos next to Érika Villalobos on his InstagramPaula Arias and Eduardo Rabanal are sheltered together after months of separation: Did they reconcile?