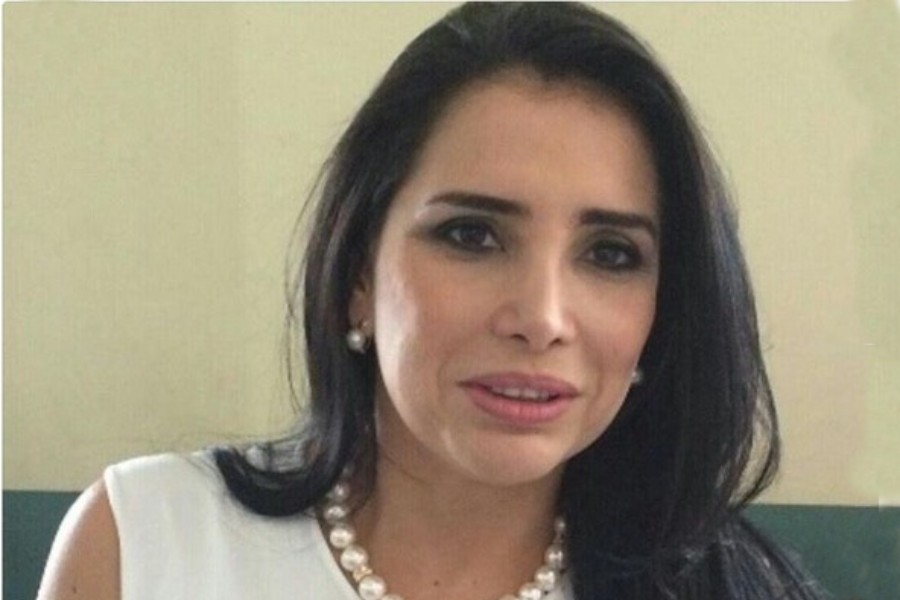 Before the Special Chamber of First Instance of the Supreme Court of Justice, this May 3, former senator Aida Merlano testified again for allegedly having incurred in electoral corruption. The politician, who is a fugitive in Venezuela, confirmed that the Char and Gerlein clan financed her aspiration to the Congress of the Republic. Likewise, she said that she is innocent of the crimes of which she is accused.

“Who could ratify the values ​​is Mr. Julio Gerlein, but I am going to tell him what I can answer him. Mr. Fuad Char delivered the value of 7 billion pesos, so that votes could be bought in favor of Arturo Char, of Lilibeth Linás and in my favor”, said Merlano.

It must be remembered that since mid-February, Merlano and his lawyer, Miguel Ángel del Río, began to deliver information that would show that politicians from the Caribbean region are related to corruption cases. Several audios revealed by the defense would prove that the Char and Gerlein clan financed the purchase of votes for their Senate campaign in 2018. In the material, Julio Gerlein is heard assuring that he invested 12,000 million pesos and the Char another 6,000 million.

At that time, the Supreme Court of Justice also began the new trial against Merlano, and the court file indicates that the Gerlein clan supported the former congresswoman’s candidacy with more than 4,000 million pesos. Preliminary information would show that the money was delivered at various times and through different means and emissaries.

“Julio Eduardo Gerlein Echeverría, at that time a sentimental partner of Aida Merlano Rebolledo, transferred $4,314,181,000 to her during that period. (…) The beneficiaries were people linked in one way or another to the Merlano campaign, to which these monies entered, which were a total of $2,426,615,000 from Julio Eduardo Gerlein’s account and $1,887,536,000 from that of Mauricio Antonio Gerlein ″, the file says.

This information was supported by Rafael Rocha, one of the coordinators of the Merlano campaign, who testified before the Court and assured that the funds that entered Merlano’s command came from the coffers of the Gerlein and Julio himself made the delivery of the money. in cash and checks. He indicated that this happened in December 2017 and the first months of 2018 and that not only Merlano benefited, but also Lilibet Llinas.

This Tuesday Merlano, in addition to ratifying that the political clans of the Coast financed his campaign, revealed that Alejandro ‘Alex’ Char, who ran as a presidential candidate for the Team for Colombia, contributed 18,000 million, which includes 7,000 million mentioned initially, which had been delivered by Fuad Char through Serfinansa.

“Mr. Alejandro Char delivered the value of 18 billion pesos, including the 7 thousand that his father delivered through Serfinanza. Those 18 billion that Alex Char gave was delivered through the contractor Faisal Cure, who gave 6 billion for the purchase of votes for the campaign and the other part that was 12 billion corresponding to the debt of the Arroyos commission in Barranquilla , Avenida del Río and Malecón. For a total of 18 billion delivered by Alex Char distributed by the people I’m mentioning to you. Faisal Cure gives it to him because he pays him for the participation in contracts that I already mentioned to him,” Merlano reiterated this Tuesday before the Court.

The former congresswoman maintains that, despite all the money that came into her campaign, she is innocent and did not manipulate those resources. She points out that they were all reversed.

“Of the money I received for the campaign, I did not receive anything, because those moneys were used for those purposes,” he said.

To conclude, he asked the authorities to protect his life and that of his family, since he assures that they have been victims of political persecution and that they have received death threats.