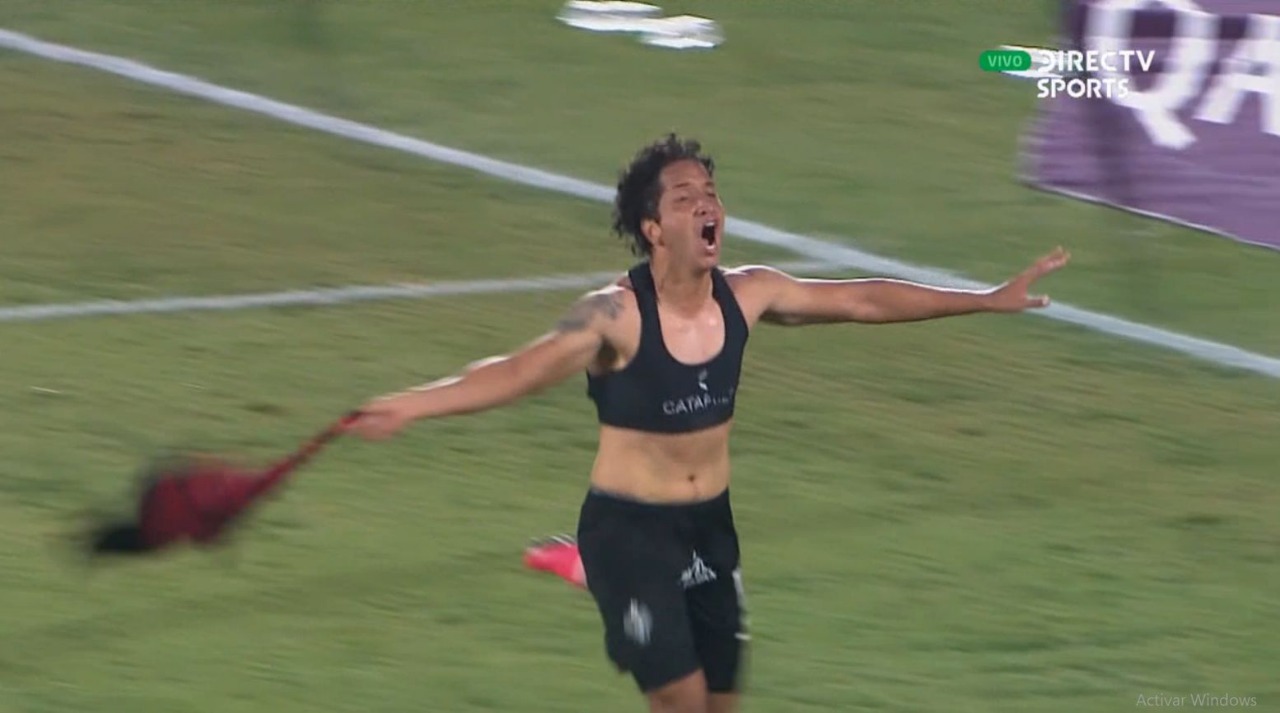 Jean Pierre Archimbaud scored the 2-1 at the Centenario.

Jean Pierre Archimbaud appeared to give Melgar the victory in Montevideo. Two minutes before, River Plate of Uruguay had found equality, but the ‘rojinegros’ with one man less went in search of the three points and achieved it. In this way they remain at the top of group B of the Copa Sudamericana 2022.

Joaquín Lavega had scored the equalizer after 93 minutes. However, the drive of the ‘Lion of the South’ led him to win the match. At 95 ′, Jhonny Vidales beat the ‘charrúas’ backs and this forced the departure of goalkeeper Salvador Ichazo. The winger leaned back with Jean Pierre Archimbaud, who controlled it and finished off with a left foot to send it to save.

The ‘chocherita’ took off his shirt, shouted it with great euphoria and hugged his teammates. The midfielder scored his second goal with the ‘Domino’. Previously, he gave them a 1-0 victory against Alianza Lima at the UNSA Monumental stadium.

With this result, Melgar would remain in first place in group B due to goal difference. The ‘Domino’ is equal in points with Racing de Argentina, who is beating Cuiabá 2-1 as a visitor. For its part, River Plate of Uruguay will remain in last place in the table.

The last time the Arequipeños had won away from home was in 2021. On that occasion, they beat Metropolitanos FC 3-2 in Venezuela with goals from Bernardo Cuesta, Luis Iberico and Jhonny Vidales.

Melgar will visit Racing in Argentina next day. The match is scheduled for May 18 at 7:30 p.m. (Peruvian time) at the Presidente Perón stadium. Prior to this match, he will play two days of the local championship. First, he will play with Deportivo Binacional in Juliaca and then with ADT.

River Plate of Uruguay will receive Cuiabá. The match will take place on May 18 at 5:15 p.m. (Peruvian time) at the Centenario stadium. Before that confrontation, they will collide with Deportivo Maldonado and Liverpool for the first division “Charrúa”.

Melgar faces River Plate from Uruguay in search of staying at the top of the table. The “rojinegros” have not been able to win away from home in this edition of the Copa Sudamericana, due to losing in their debut against Cuiabá in Brazil.

How did both teams do on the last date? The ‘Domino’ beat Racing Club 3-1 at home with a brace from Luis Iberico and a goal from Bernardo Cuesta. In this way, he equaled the ‘Academy’ in points, but is the leader of group B by goal difference.

For its part, ‘La Dársena’ gave the surprise in Brazil and beat Cuiabá 2-1 with goals from Horacio Salaberry and Pablo Nicolás López. With this result, he added his first three points in the international tournament, however he remains at the bottom of the table.

River Plate and Melgar already met on day 2 of the international competition. On that occasion, it ended with a victory in favor of the ‘Incaicos’. Bernardo Cuesta stood out with a double at the UNSA Monumental stadium.