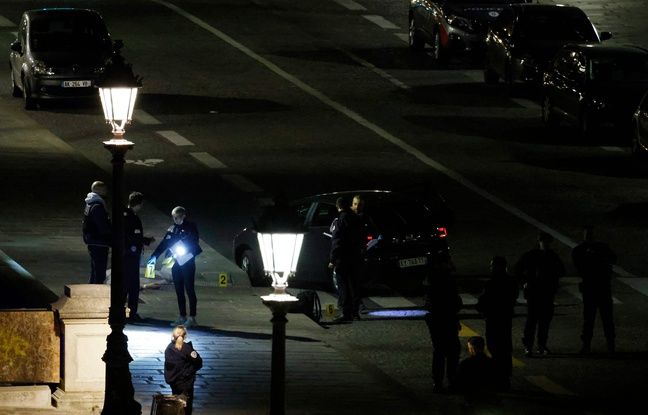 Several hundred people took part in a “white march” in Paris on Wednesday in memory of the two men killed by a police officer when they allegedly forced a check last week on the Pont-Neuf, noted an AFP journalist.

The procession, led by family members of the two victims, set off in the silence of Place Henri Matisse, in the 20th arrondissement of the capital. Many demonstrators wore white T-shirts bearing the inscription “Boubacar and Fadigui, we will not forget”.

The demonstration then took Boulevard Ménilmontant to reach Rue de l’Orillon, where the two men, aged 25 and 31, were born and raised. “The watchword is appeasement, meditation,” said Issa Coulibaly, a relative, during a short speech.

On the night of 24 to 25 April, a police officer from the City Security Company (CSC), armed with an assault rifle, opened fire on the driver of a car and his passenger who had allegedly tried to evade control on the Pont-Neuf in Paris. The two men, who were half-brothers according to a source familiar with the matter, died on the spot. A third passenger in the vehicle was injured.

The 24-year-old peacekeeper was indicted, in particular for “voluntary homicide” concerning the driver, and placed under judicial supervision. This qualification provoked strong reactions within the police. At the call of several unions, including Alliance, more than a thousand angry civil servants demonstrated Monday in Paris and in several cities in the regions to demand in particular a “presumption of self-defense” for the police.

“Contrary to what has been said in recent days, the indictment for intentional homicide is perfectly logical and justified,” said Wednesday Me Berenice Hahn of Bykhovetz, whose firm advises the family of the two victims. “The only thing the family aspires to is the manifestation of the truth,” she added.