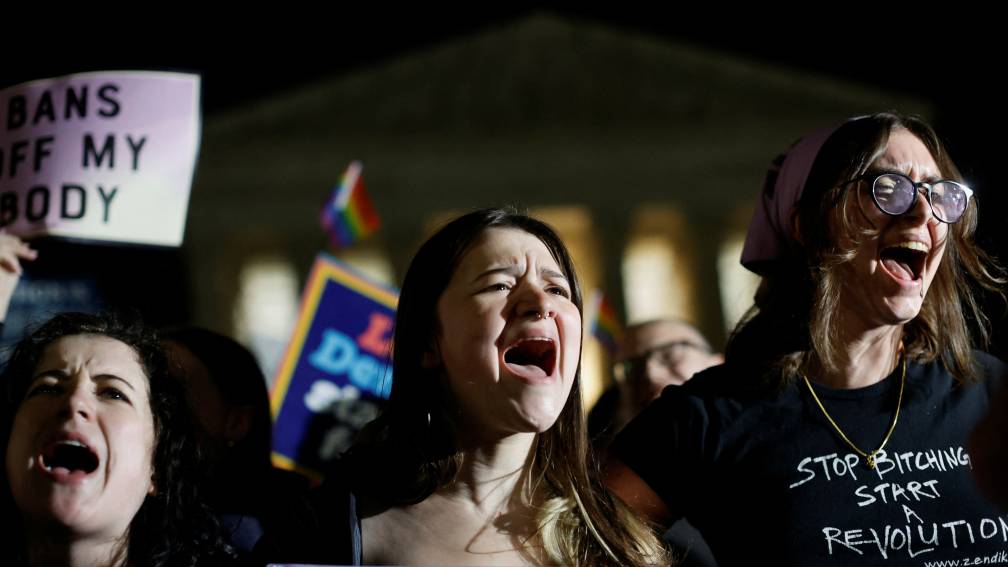 “This was Trump’s program,” said Rebecca Gomperts, physician and founder of the pro-abortion organization Women on Waves. “Everyone expected this. There has been a problem with access to abortion services in many states for a long time. First there was a lot of violence against clinics and doctors, some were even murdered. Then it became a legal battle, with more and more laws that prevented it. right to abortion. Clinics had to meet the same requirements as hospitals, which they can’t. This would be the death blow, but it has a long history.”

Ellen Giepmans of Fiom, a foundation specialized in unwanted pregnancies, is also shocked. “Abortion is a woman’s right. It should not depend on the state you live in. Women are thus forced to travel to other states. For women with little money, that is not realistic.”

But if abortion is limited or even banned in some states, it will not only have practical consequences, she emphasizes. “It does something to the feeling of women who become pregnant unintentionally. Their behavior is rejected, while they want to decide about their own body. It is incomprehensible that a choice will soon be determined by people at a distance.”

Gomperts of Women on Waves also fears that vulnerable women cannot simply travel to another state for an abortion. “This can lead to many unwanted births and dangerous abortions. We are already receiving signals through our Aid Access helpdesk: women fall down stairs or take a lot of vitamin C in the hope that they will cause a miscarriage. That does not work and is only dangerous.”

Gomperts points out that the members of the Supreme Court are there for life. If they do come to this verdict, “this won’t change for generations to come. That’s a huge problem.”

One bright spot, she says, is the existence of abortion pills for an abortion up to thirteen weeks. “It’s not like 50 years ago, when you didn’t have those pills yet. In the US you can order them through online abortion services. And the mail is fairly protected.”

But that is not ideal, says Giepmans of Fiom. “In any case, the pill is a drug, but one that can make a woman feel like she’s doing something criminal. While if someone is strict when considering whether to terminate a pregnancy, it is the woman.”

According to Giepmans, if abortion through a clinic is restricted or prohibited, this leads to shame. “You miss the opportunity to guide women who have doubts in their consideration. Instead of removing the taboo, you strengthen it.”

Women on Waves has no intention of awaiting the Supreme Court’s ruling. Gomperts: “We are in talks to take action. Maybe we will go with the abortion boat to Texas or another conservative state on international waters.”