Russian paramilitaries accused of torture in the Central African Republic 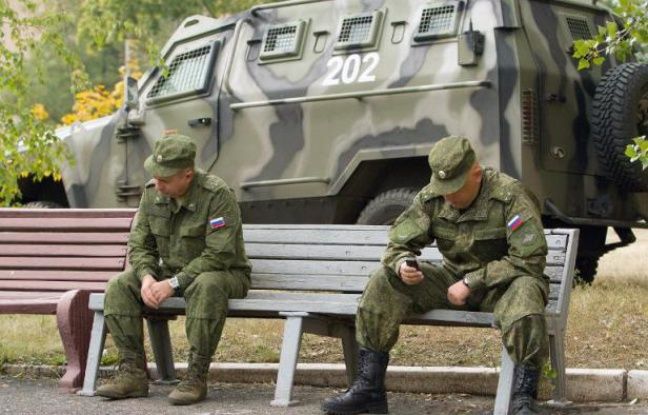 “Compelling evidence” shows that Russian paramilitaries supporting the power in the Central African Republic have committed “serious abuses” against civilians there, including murder and torture, “with complete impunity” since 2019, estimates Human Rights Watch (HRW) in a report released on Tuesday.

This country, one of the poorest in the world, has been the scene since 2013 of a very deadly civil war at the start but which has considerably decreased in intensity since 2018. President Faustin Archange Touadéra, however, called on Moscow at the end of 2020 to rescue of a weak and destitute army to repel a rebel offensive which threatened Bangui and the regime.

Hundreds of Russian paramilitaries – “mercenaries” from the private security company Wagner according to the UN and from Western capitals – have been sent to reinforce hundreds of others who have already supported the regime since 2018. Thanks to them, the groups armed, rebels or simple predators, were repelled from a majority of two-thirds of the territory they still occupied in 2020.

Wagner again in the crosshairs

But the UN, the European Union and countries, such as France in particular, accuse Wagner’s “mercenaries” of committing crimes and abuses against civilians, and the power of Touadéra to let them plunder the country’s resources in exchange for their military support.

“Compelling evidence shows that forces identified as Russian supporting the Central African government have committed serious abuses against civilians with total impunity,” summarizes Ida Sawyer, director of the Crisis and Conflict Division at HRW, in conclusion of a 13-page report based in particular on the testimonies of dozens of victims, relatives and witnesses. “Forces identified by witnesses as being Russian appear to have summarily executed, tortured and beaten civilians since 2019,” denounces HRW.

The report clearly establishes a link – based on “evidence” put forward by Western governments and UN experts – between these “Russian forces” and Wagner, who he says has “clear links with the Russian government “.

HRW details in particular the execution by “Russian-speaking men” of 12 “unarmed” men arrested at a roadblock, “beaten” and then “shot” by a bullet in the head on July 21, 2021 near Bossangoa, 300 km northwest of Bangui.

The report also mentions alleged “arbitrary detentions, torture and extrajudicial executions” in Alindao (center) in June 2021, of “men arrested randomly in the street”. Asked by HRW on the accusations of the report, neither the Central African government nor the Russian Ministry of Foreign Affairs took action, according to the NGO. Moscow consistently claims that Russian paramilitaries are “unarmed military instructors” responsible for training Central African soldiers.