Lavrov shocks, abortion suspended in the United States and tensions with Mali 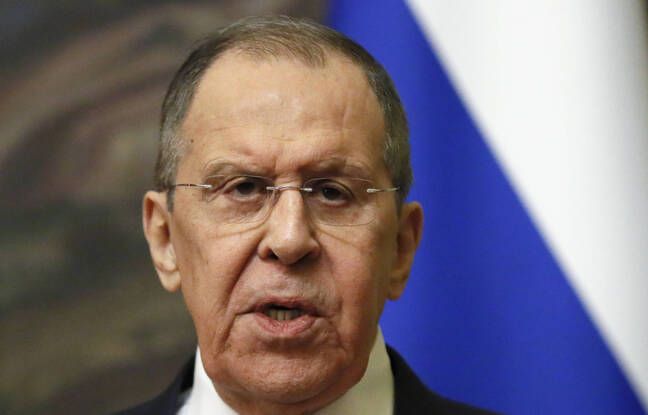 Wanting too much to use the Second World War to justify its offensive in Ukraine, Moscow has once again crossed a red line. Hitler “had Jewish blood”: these statements by Russian Foreign Minister Sergei Lavrov revolted Israel, which summoned the Russian ambassador, and aroused the reprobation of certain Western countries. Moscow has repeatedly said that it wants to “demilitarize” and “denazify” Ukraine. Ukrainian President Volodymyr “Zelensky makes this argument: how can Nazism be present (in Ukraine) if he himself is Jewish. I could be wrong, but Hitler also had Jewish blood, ”explained the Russian minister Sunday evening to the Italian media group Mediaset, and whose remarks were transcribed on the site of his ministry. For its part, Ukraine hopes to be able to resume the evacuation of civilians from the besieged city of Mariupol on Tuesday, while British Prime Minister Boris Johnson will address the Ukrainian Parliament by videoconference, a first for a Western leader since the beginning of the war.

Will women’s rights soon take a (big) step back across the Atlantic? The answer is “yes” according to an article by Politico. The Supreme Court of the United States is preparing to overturn the historic judgment of 1973 in which it recognized the right to abortion, assured Monday the American newspaper which is based on an unprecedented leak of documents. The daily says it has obtained the draft majority decision written by conservative judge Samuel Alito and dated February 10, which is still to be negotiated until it is published by June 30. If this conclusion is accepted by the High Court, the United States will return to the situation in force before 1973 when each State was free to prohibit or authorize abortions.

In Mali, the junta breaks the defense agreements with France

The rag continues to burn between Paris and Bamako. The junta in power in Mali announced Monday evening to break the defense agreements with France and its European partners. This announcement is a new manifestation of the deterioration of relations between Bamako and its former allies in the fight against the jihadists. Carrying out a threat brandished for months, the authorities dominated by the military who came to power by force in August 2020 announced that they were “denouncing” the Status of Force Agreements (Sofa) setting the legal framework for the presence in Mali of the French Barkhane and European Takuba forces, as well as the defense cooperation treaty concluded in 2014 between Mali and France.