“He tried a forced generational change”: Marcelo Díaz blamed Reinaldo Rueda for the failure of Chile 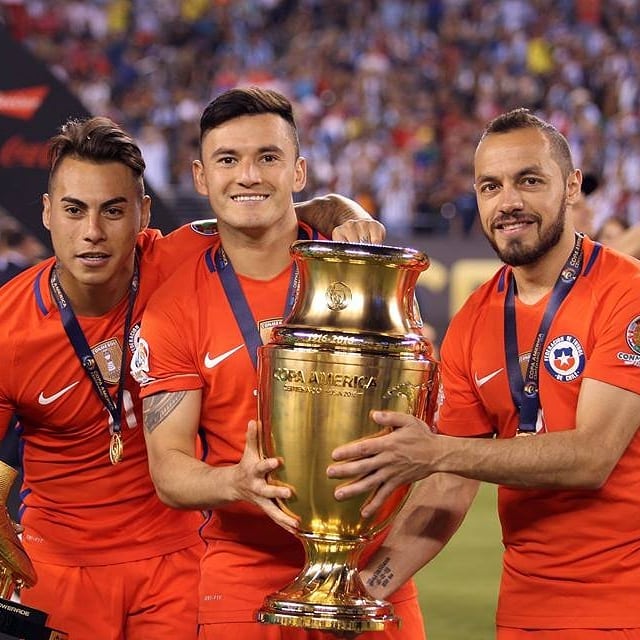 The former Chilean player blamed Reinaldo Rueda for the elimination of Chile. Taken from @chelodiaz_21

The accusations continue in Chile after the elimination to Qatar 2022, where several ex-referents of the two-time champion of America who have gone out to look for culprits of the second failed attempt of the Red to qualify for an orbital appointment.

In addition to the managers and the Uruguayan technical director Martín Lasarte, one of those targeted is the Colombian Reinaldo Rueda, who not only bears the failure with the Colombian team but also blames him for the missteps of Chile, which he directed in the first games of the australes in the Qualifiers.

One of those who attacked the Valle del Cauca coach was the veteran Marcelo Díaz, who currently plays for Club Libertad in Paraguay, and who did not keep anything during an interview for the program Let’s talk about Bulla.

In the first place, the former University of Chile remarked that despite having a good level in Racing, he was never mentioned by Reinaldo Rueda and gave as an example other former teammates who were not taken into account by the former coach of the Colombian team.

“At that moment I knew that I had a level for the national team and I dreamed of going. But in Racing there was Chueco Mena, who had a high level and they didn’t call him. Magician Valdivia broke it in Colo Colo, in the Copa Libertadores and the National Championship, and the old man didn’t catch it. For me, he is one of the main reasons why Chile did not qualify for the World Cup, because he implemented a change that was not necessary. The boys showed that they had gasoline for a while, but he tried a forced generational change, which was not enough.

It may interest you: Miguel Ángel López will fight to be on the podium in the Giro d’Italia

However, the 35-year-old commented on DirecTV Sports that he had conversations with Reinaldo Rueda once he took the reins of Estrella Solitaria, in which the strategist told him that he would be important in the new process, but he never received the call.

“I had conversations with him, he told me that it would be important in his process. Then, in a great moment in Racing, he didn’t call me anymore. It shows that he was not a sincere guy.”

One of Reinaldo Rueda’s challenges in Chile was a generational change after the success of Marcelo Bielsa and Jorge Sampaoli, which led to him winning two Copa Américas in 2015 and 2016. However, for Díaz this was a mistake, it was no longer the time to do it and the results are obvious to the naked eye.

“I have contact with most of the players of the Chilean national team, we respect each other. Even now we are all doing the coaching course. Reinaldo Rueda and the Federation wanted to advance the replacement process, force that and they were wrong”.

These statements are added to those made in November 2021, Jorge the magician Valdivia on Espn 90 in Chile, in which he described Rueda as old-fashioned and assured that his work left much to be desired.

“I know that with the wheel they worked very badly (…) Old, badly, for players who arrived and demanded of you. They demanded to work in a way because that’s how football feels”.

Reinaldo Rueda’s numbers during his time in Chile were not the best, since out of 27 directed commitments he won nine, lost ten and added eight draws for a performance of 43.21%. The highlight was the fourth place in the Copa América that took place in Brazil in 2019.

Video: Falcao already has a successor, this is how Tigre trains his son in VallecasLuis Díaz leads the list of most valuable Colombian players on the market