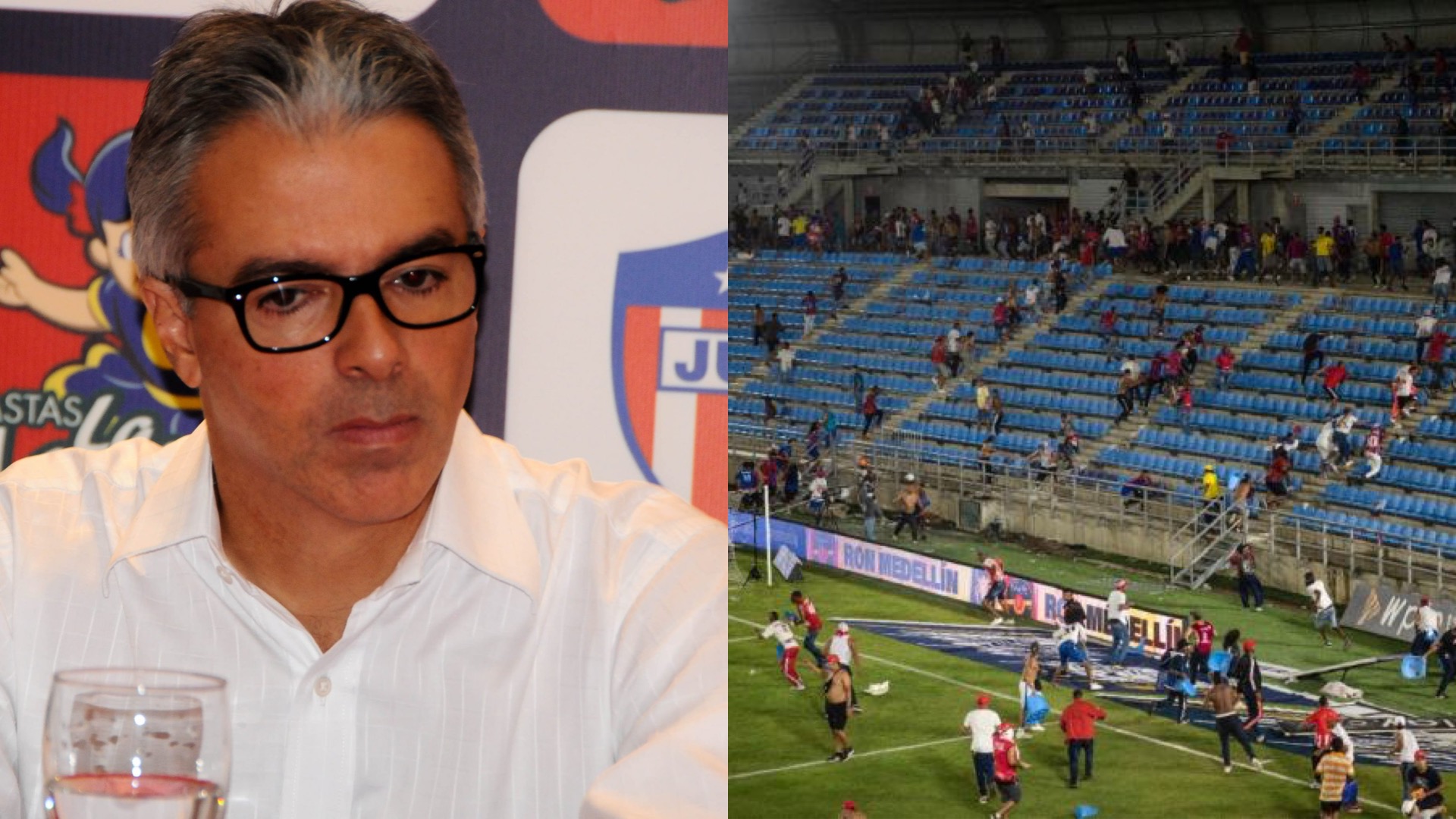 After the Major Division of Colombian Professional Soccer (Dimayor) sanctioned the Union Magdalena club square with ten dates of suspension after the fight between barristas last Saturday, April 23 in the coastal classic, the president of Junior de Barranquilla requested the intervention of the authorities to prosecute those responsible for forcing the suspension of the game that put the integrity of the spectators at risk.

After knowing the death of one of the assistants to the game between the Banana Cyclone and the team Sharkthe clubs in question received million-dollar fines for the misbehavior of their fans, who would have invaded the field of play and damaged the stalls of the Sierra Nevada de Santa Marta Stadium.

However, there was no further intervention by the judicial police or the Prosecutor’s Office to identify the subjects who vandalized the stadium in the capital of Magdalen in the midst of the brawl between Barranquilla and Samaritans, for which the president of Junior de Barranquilla, Alejandro Arteta , expressed his dissatisfaction with what happened on the 17th date of the BetPlay I 2022 League. Before the microphones of the Blu Radio Sports Blog program, the Atlantic manager said this:

We intend to dispute the sanction in order to achieve, in the best of scenarios, the revocation of the sanction, and in some scenario at least have a reasonable sanction. Junior’s categorical rejection of any manifestation of violence. We sympathize with the family of the deceased person. In football, joy must prevail, the emotion that your team wins, healthy competition

In this way, in the Junior board they intend to reverse the sanction of 11 million pesos and three suspension dates for the use of the Roberto Meléndez Metropolitan Stadium in the league. In fact, the rojiblanco club has the right to two resources, one for replacement and the other for appeal, so the Barranquilla squad will skip the first to reach a final instance and thus seek the best for the team.

“Sometimes the actions of some individuals transcend the responsibility of some teams, for which the focus of the sanction and the weight of the law must fall on the offenders”, sentenced Arteta, clarifying that the worst part is always taken by the club and its finances, given that they will lose income from capacity and ticketing, as well as from payment of debts before the governing body of Colombian professional football.

Arteta believes that from the board they have sufficient arguments to solve the problem of the sanction of the square where the Colombia team officiates as a local. Junior would go directly to the appeal process to finally reach the final instance with justice and try to play against Envigado FC on Sunday, May 1 on date 18 of the BetPlay I 2022 League with his audience.

In the same way, Junior is aware of fully or partially mitigating the sanction in view of the fact that the team led by the Argentine Juan Cruz Real is already practically installed in the semifinals of the competition, in which he would miss his first date, just after the game on Sunday May 15 against Jaguares de Córdoba in another of the football classics of the Colombian Atlantic Coast.