Conmebol fined River Plate for the racist act of a member against Fortaleza fans: the club’s decision

The reprehensible gesture of a RIver fan to the Fortaleza bias

This Friday the South American Football Confederation (Conmebol) reported the punishment for River Plate for the xenophobic and discriminatory gestures of a club member towards Fortaleza’s partiality during the match corresponding to the second date of Group F of the Copa Libertadores held on 13 of April. The Núñez club will appeal the sanction and advanced the fine that the fan in question must pay.

In the statement, the entity reported that it was imposed on the Millionaire “a fine of USD 30,000 for the infraction of articles 9 and 17 of the CONMEBOL Disciplinary Code”, and that “the amount of this fine will be automatically deducted from the amount to be received by the CONMEBOL Club for television rights or sponsorship. The appeal must be filed within the next seven days.

Likewise, the club was informed that “in case of reiteration of any infraction of the sports discipline of the same or similar nature to the one that has brought about this procedure, the provisions of Art. 31 of the CONMEBOL Disciplinary Code will apply. , and the consequences that could derive from it.

This is due to the attitude of a club member, whose identity was not revealed, who was seen in the Monumental stadium grandstand throwing a banana at Fortaleza fans. His action, which was condemned by River Plate itself, violates article 17 of the Disciplinary Code that speaks about acts that “insult or attack the human dignity of another person or group of people, by any means, for reasons of skin color , race, sex or sexual orientation, ethnicity, language, creed or origin”. 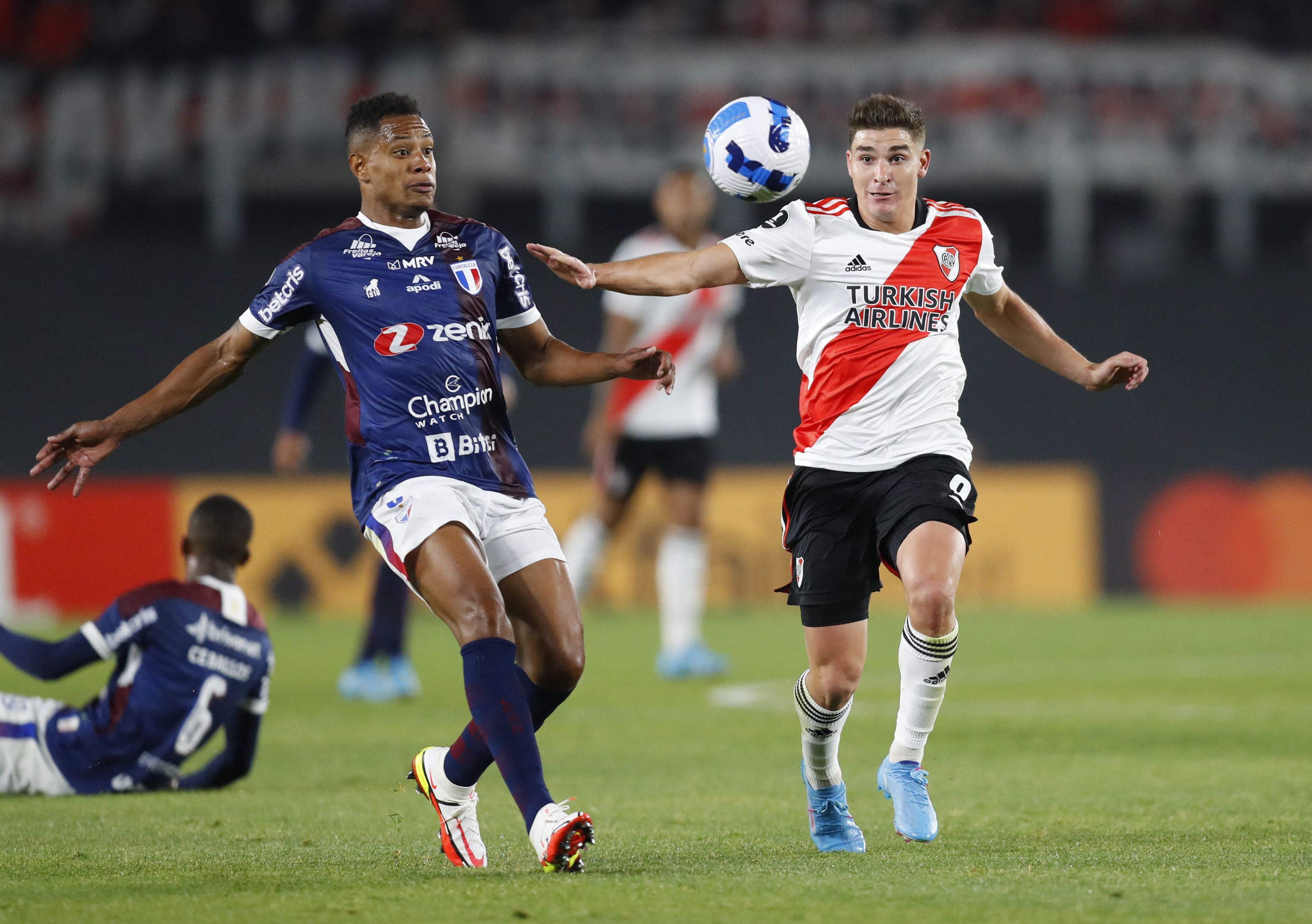 Núñez’s club identified the fan this week, after the images went viral, and suspended him for 180 days. He also forced him to take an awareness course at INADI. In turn, in a letter published this Friday, he announced that he will appeal the sanction because “there are sufficient elements to demonstrate the club’s absence of responsibility for what happened, considering that the Institution took all the measures at its disposal before the game and during its realization. so that events like this did not occur, with important efforts in terms of security and communication that sought to guarantee the good behavior of the fans both inside the Stadium and in its surroundings”.

In that same statement, he reported that if the appeal fails, River Plate “will proceed to repeat the fine imposed by CONMEBOL on the person identified as responsible for these racist gestures, so that the malicious behavior of a fan does not harm the the entire institution.” That is to say that it will be the fan who must face the economic punishment.

For his part, Fortaleza had condemned the attitude of the Argentine fan, but in turn separated the leadership millionaire: “We are 2 million fans, we are of all classes and all colors. River Plate, one of the biggest clubs in the world, received us in a courteous and honorable manner, which nothing compares to the act in question, ”he posted on his website.

With regard to football, River Plate is the leader with a perfect score in Group F of the Copa Libertadores and their next duel will be on Thursday as a visitor against the Brazilian team, which is third in the zone with 3 units, below Colo Colo, who has 6. Last is Alianza Lima, which so far has not been able to add.

1st. TO IMPOSE CLUB ATLÉTICO RIVER PLATE a fine of USD 30,000 (THIRTY THOUSAND US DOLLARS) for the infraction of articles 9 and 17 of the CONMEBOL Disciplinary Code. The amount of this fine will be automatically deducted from the amount to be received by the CONMEBOL Club for Television or Sponsorship rights.

2nd. EXPRESSLY NOTICE CLUB ATLÉTICO RIVER PLATE that in case of repetition of any infringement of the sports discipline of the same or similar nature to the one that has caused this procedure, the provisions of Art. 31 of the CONMEBOL Disciplinary Code will apply, and the consequences that could derive from it.

The debate over the “forbidden” title that a legislator asked for River to be recognized: does it add up as official? Always Ready and Deportivo Cali tied 2-2: how Boca Juniors was in the Group and what it needs to stay alive in the Copa LibertadoresThe incredible goals that canceled Colón against Olimpia that generated a rain of memes and reactions on the networks