After the strong fight he had with Sabrina Carballo on Wednesday night, Maxi Chanchi Estévez packed his bags and expressed his desire to leave The Hotel of the Famous (The thirteen). The next day they revealed the decision made by the former soccer player, and it turned out that after reflecting on his abrupt departure, he chose to continue in the competition. However, Pampita Ardohain visited him at the facilities minutes before the guest challenge, to define whether he would participate and to talk about the reasons that led him to the moment of crisis.

The broadcast began with a review of the unfiltered discussion between the former player and the actress. Behind the scenes, Sabrina was honest: “I feel like I wouldn’t stay where it doesn’t feel good, and I wouldn’t stay the truth either; if he leaves, let him go through the front door, not because we have fought”. With humor, Chanchi tried to play down what happened and confessed that he had not been able to eat anything during dinner before leaving: “The only thing that bothers me is that he did not let me eat the gnocchi, that I was waiting for them all day.”

On a more serious note, when the driver arrived, she opened her heart about the real reasons she wanted to leave. “We are here because this is the railing that divides the hotel from the rest, from everything that is happening outside, and I know that yesterday you wanted to pass this barrier and I want to know what caused that decision,” Pampita asked him. “The truth is that I miss my baby very much, I am very beaten, very tired, I also had an argument with Sabri, who is a person that I love very much, and we treat each other badly, and I thought that the best thing was to step aside ”, he confessed. 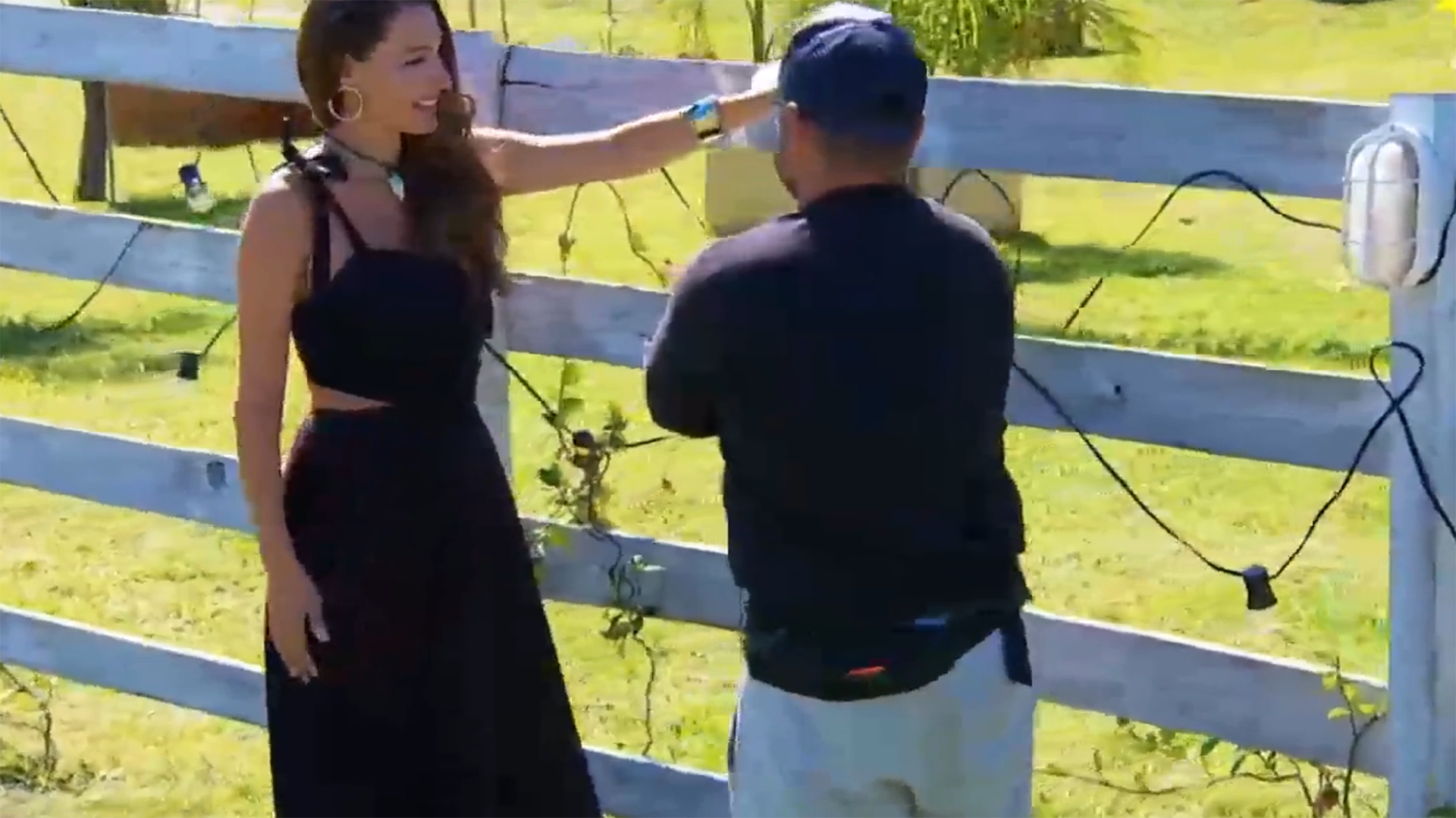 “Did something serious happen that made you think I’ve reached this point?” Asked the model. “No, basically that’s it, I miss my son a lot, it’s been a long time since I’ve been here,” Chanchi explained. And she added: “I don’t like to get angry, or that she gets bad, or generate a whole thing, and I said: ‘Well, I’m leaving'”. Ardohain highlighted her role in the competition and offered her some words of encouragement, in addition to emphasizing that being a former couple they have a relationship of more trust and affection, different from that of the other participants.

“Perhaps that works against us, because having so much confidence we give ourselves certain licenses to speak more heatedly perhaps, discuss more, and she is very stubborn. There are times when I prefer not to enter into a discussion, but there comes a time when everything overwhelms you and that is what happened yesterday, which is not what I came here to do, “she acknowledged. Once again, the driver encouraged him to continue and rescue the positive of the intense experience he is going through: “There is a very special aglo of you, you are good at games, but you also have a very good relationship inside, which is a very important factor for stay here.”

“Thank you, I think life also happens on the other side, it doesn’t happen because you want to be the winner, the finalist, the prize is 10 million pesos, but the truth is that I came for something else, I came to make new friends, to compete, to do something that I don’t do, which is to be on TV, ”said the former Racing. “I came to show myself sometimes as I am and others a little more playing the role of mafia boss, but when these things happen I feel that it is not life, that it will not be harmful for others if I leave or stay. ”, he counted.

After an argument with Sabrina Carballo, the footballer wanted to leave the competition and said goodbye to his teammates in a surprising way

“We are happy that you reconsidered”, celebrated Pampita. “I give you my word that I am going to do everything possible to turn all this around and go as far as I can,” Estevez said. While she was trying to hold back her tears, the model advised her: “Make it worth every second that you are inside, it is a unique experience that goes through you, much more than anyone outside can imagine. Chanchi, prepare with all your energy”.

Despite his change in attitude, when he participated in the guest challenge he was nominated and will have to compete in the maze to figure out if he will be one of the duelists of the week. He also became a member of the staff and was honest about the need for space that he feels regarding Sabrina: “I’m going to like to get a little air away from her.”

The millionaire collection to pay for the treatment of Clemente Zavaleta, the son of one of the Golden TripletsPatricia Pacheco, about the last days of Potro Rodrigo and his surroundings: “His son was for others the worst thing that could have happened to them”The daring look of Natalia Oreiro in the presentation of Iosi, the repentant spy

Jalisco Congress: They install a window to receive ideas from girls and boys

Why we will one day be 10 billion humans on Earth