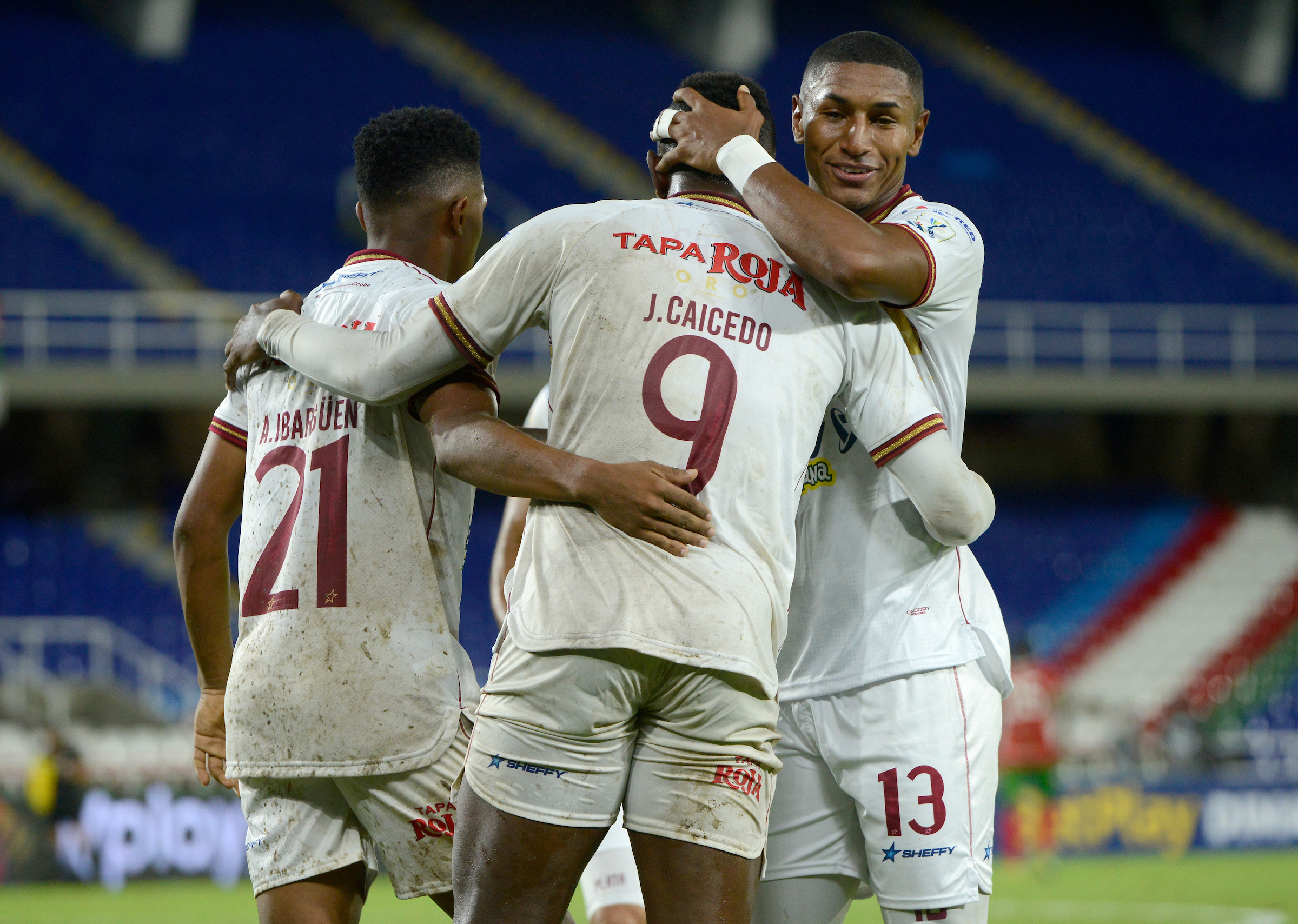 Those led by Hernán Torres need to add in their visit to América de Mineiro for the third date of the Conmebol Libertadores. Deportes Tolima came from equaling two goals in their last outing against Independiente del Valle of Ecuador.

In the same way, the Brazilian team equaled one goal against Atlético Mineiro and wanted to add the three points against the Pijaos, who had never won Rio de Janeiro soil through Conmebol competitions after eight games in which they have seven defeats and one draw.

At the local level, Vagner Mancini’s team thrashed Juventude 4-1 on date 2 of the Brasileirao while Deportes Tolima won 2-0 against Alianza Petrolera on date 17 of the Betplay Dimayor League.

The first and only clear one was for the locals around 40 minutes after a Juninho who had already left the Ecuadorian goalkeeper Alexander Domínguez on the way and finished off from the left, but Junior Hernández drowned out the goal cry after taking the ball off the line.

It may interest you: Video: Muriel scored twice in Atalanta’s vibrant 4-4 draw against Torino

For the second 45 minutes, the local cast came out with more ambition and found the opening on the scoreboard after 53 minutes of play after an individual play by Paulinho Boia, who assisted Pedrinho who finished off from the left to make it 1-0.

About 66 minutes, the former Independiente Santa Fe received a pass from Brayan Rovira to gain speed and define with his left leg, overcoming Jalison’s resistance.

At 77′, América Mineiro would reach the second goal after an advance by Pedrinho from midfield to join Juan Pablo Ramírez, who while trying to shoot inside the area the ball hit Junior Hernández, who scored an own goal.

Four minutes from the end of regulation time, Tolima found the tie after a center from the left flank executed by Yohandry Orozco, who initially headed Michael Rangel but the ball hit the horizontal so that later Eduar Caicedo headed the goal but It was Julián Quiñones who ended up sending her to the bottom of the net.

In addition time, the Vinotinto y Oro would achieve the long-awaited victory after a great individual play by Yohandry Orozco, who assisted Anderson Plata, who took a shot from the right but this hit an opponent deflecting the trajectory of the ball to dislodge the Brazilian goalkeeper and leave things 3-2

With this victory, Deportes Tolima adds its first three points in the Conmebol Libertadores and is partially third in Group D with four units and will have a crucial duel in its aspirations to qualify for the round of 16 on Wednesday, May 4 against Independiente of the Valley in the Manuel Murillo Toro.

Video: Luis Díaz started against Villarreal and is one step away from winning a new final with LiverpoolFor Iván René Valenciano Marcelo Bielsa should not be the coach of the Colombia team: “He has not obtained anything”John Barnes, Liverpool legend: ” Diaz is not the great signing ”