At the Buenos Aires Book Fair, the union of LGBT+ publishers makes strength 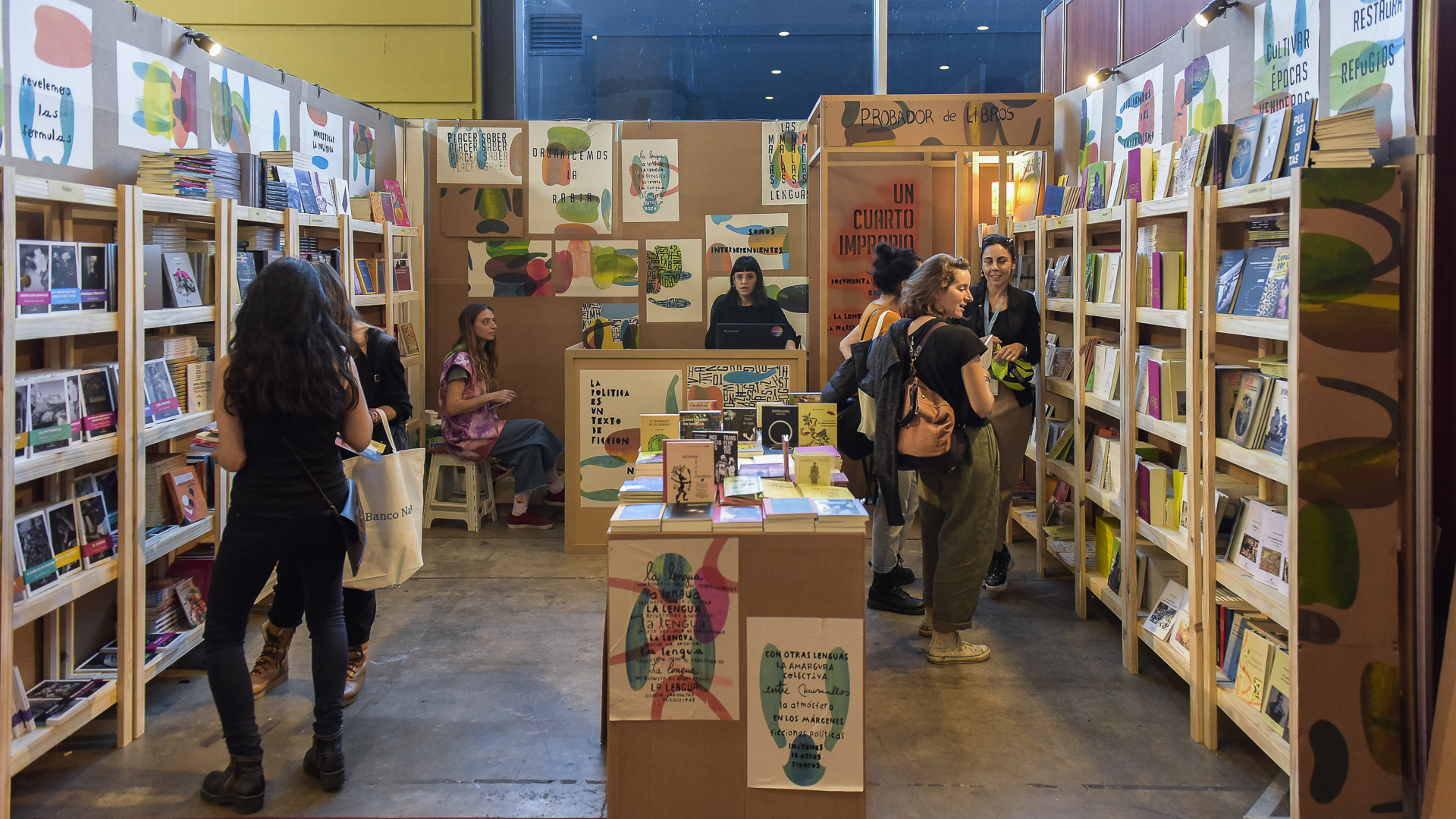 “An Improper Room”: the project that makes independent and LGBT+ publishers visible at the Buenos Aires Book Fair (Gustavo Gavotti)

Already outside the virtual arena that the pandemic installed, on the return of the Buenos Aires International Book Fair, space is put into play. The assembly of this 45,000 square meter polis covered by structures full of books is also a territory that is occupied, inhabited and maintained. What about independent and LGBT+ editorial proposals? Do they get to assemble a batch? What is the cost to participate?

an improper room is a collective stand at the Buenos Aires International Book Fair whose publishers are in charge of women, trans, lesbians and non-binaries who seek to make visible the relationship between editorial practices and content. In an attempt to rethink the idea of ​​Virginia Woolf’s own room, the proposal for this stand includes a book tester to make inappropriate publishers visible that otherwise could not be present at the fair.

A plot of land at the Book Fair

The Book Fair is a lotted field, an immense space in which every year, for 21 days – from April 28 to May 16 in the case of this edition – structures that hold books are erected. But what is the cost of being? “The economic cost of a basement floor if you were not in previous years is around $600,000,” says Dafne Pidemunt, editor at The butterfly and the iguana and part of the team responsible for the stand, “because there is around $340,000 of floor space that must be paid to Fundación El Libro to have a 16-square-meter stand. In addition, you have to think of a simile of what is furniture, insurance, fire extinguishers, wiring, management system, bookseller’s salary “.

The physical, mental and emotional cost is another because, according to those who have inhabited it for years, during those three weeks one lives almost without sleeping, eating little and in constant movement. It is clear: there are smaller publishers that never arrive. Not only because of the investment involved in paying for a stand, in many cases because they do not have seniority or contacts, it is difficult for them to even evaluate the possibility of doing so.

For years, the way out of several independent labels was to collectivize the rental of the stand and distribute the effort of the Fair among several backs, as in the case of “The seven logos” (Mardulce, Beatriz Viterbo, Katz, Caja Negra, Adriana Hidalgo , Creatura and Eterna Cadencia), “Every book is political” (Milena Caserola, Cactus, the silver bowl, Tinta Limón, Train in motion, Ubú, among others) or the recent “Panoramic” (Fiordo, Compañía Naviera Ilimitada, Chai, Also the snail, Odelia, Open and Concrete) 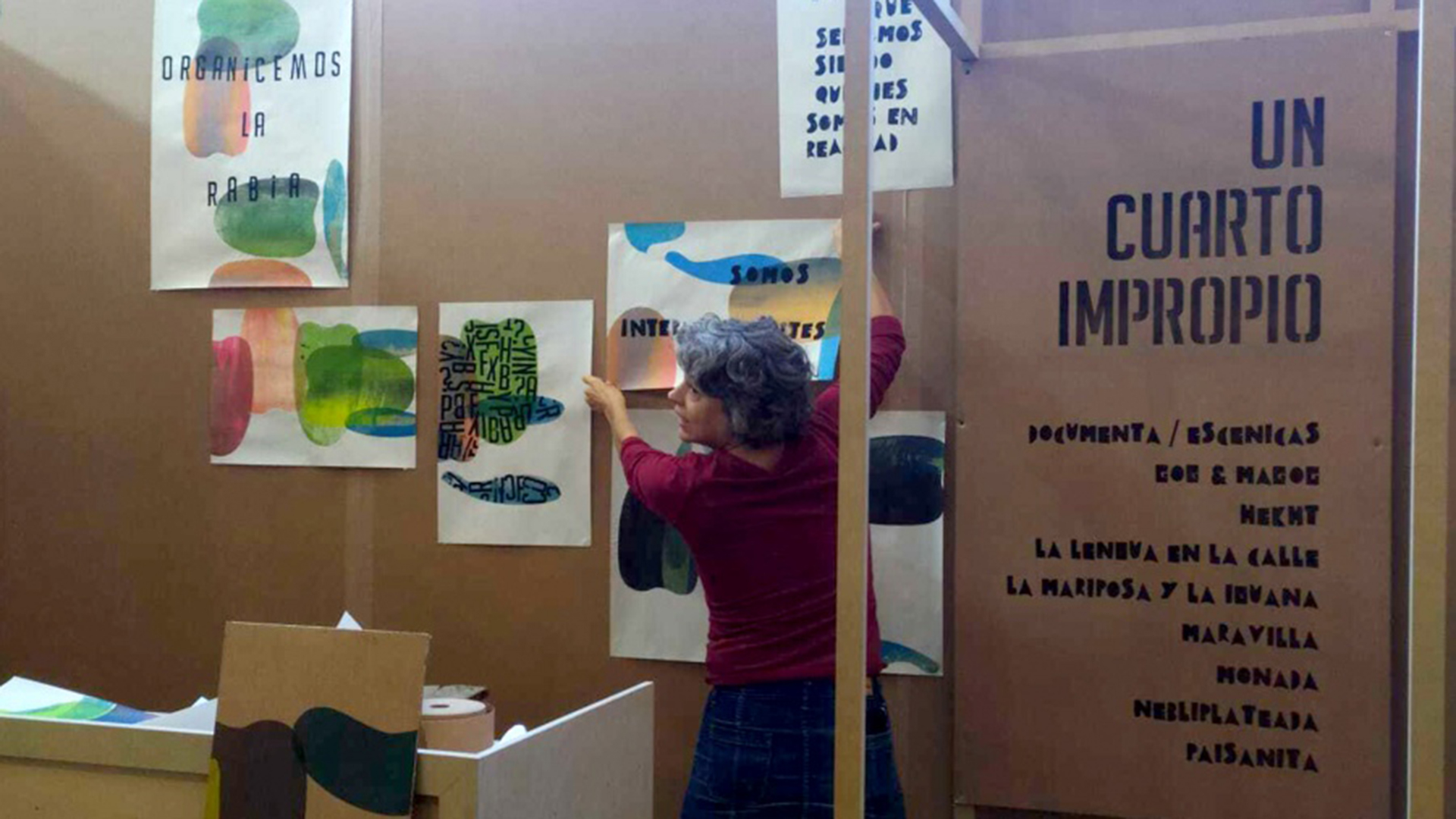 In this edition of the Fair, from An Improper Room, they decide to group seven publishers (Documenta/ Escénicas, Gog y Magog, Hekht, La Mariposa y la Iguana, Maravilla, Monada, Nebliplateada and Paisanita) as a kick to form a federal network of publishers transfeminist. “We are generating an idea of ​​linking up. It is like a network of threads. I don’t think of a fishing net because I’m not interested in the idea either. All threads are equally important”, adds Dafne.

But not only that. They propose to create a book tester where, through an open call, they call publishers made up of women, lesbians, non-binaries, trans, intersex and more identities to include part of their catalog in a library-like space. The intention is that this material is not for sale but circulates among librarians, booksellers, participants in the professional sessions and readers of the general public, as a way to infiltrate, to be part of without having to deal with the formal requirements of the Fair. Beyond the content of the published books, the interest of this initiative is to find out who is behind each label and generate ties that do not respond to the heteronormative production system.

The improper as a starting point

“Obviously we had originally thought of a room of your own of Woolf, for all the significance that this text has. And we said: well, if the idea is to break and stress these capitalist and power relations that exist on any production market, by saying a room of one’s own we are suggesting an idea of ​​property, then we are being contradictory”, comments Dafne.

It is for this reason that the proposal encourages the generation of a link between publishers, a kind of framework in which horizontality prevails. At the moment, the call for the changing room, an idea that matches the space of a room, has almost 30 publishers from different parts of the country. In many cases, projects traced by a logic parallel to that of the rhythm proposed by the current publishing market.

As Dafne adds, a changing room is a place where “you do your thing and nobody looks at you”, the possibility of getting out of the idea of ​​buying and selling that supports the most important literary meeting in the country, which brings together more than a million people per year and houses more than a thousand book professionals. As a closing, from the organization they propose that the books be donated to a popular library for free consultation.

Debut in the fitting room

If we think of FILBA as a territory, what spaces are occupied by LGBT+ proposals or those with transfeminist approaches? This year, Ellipsis, a publishing house supported by the poets gaita nihil and Mateo Diosque, makes its debut at the Book Fair. According to Gaita, participating is synonymous with “being able to make the project visible to reach trans, non-binary and LGB transvestites from other parts of the country, continue creating ties and understand that our identities are possible.”

For her part, Daniela Mac Auliffe, director of Good view, a publisher from Cordoba, believes that the Book Fair is an exclusive place, inaccessible directly, for publishers that are not from Buenos Aires and they also have to consider the costs of accommodation and per diem. Although it was already in previous editions, it always participated in the stand of the province of Córdoba and this is the first time that it shows its catalog outside that space. 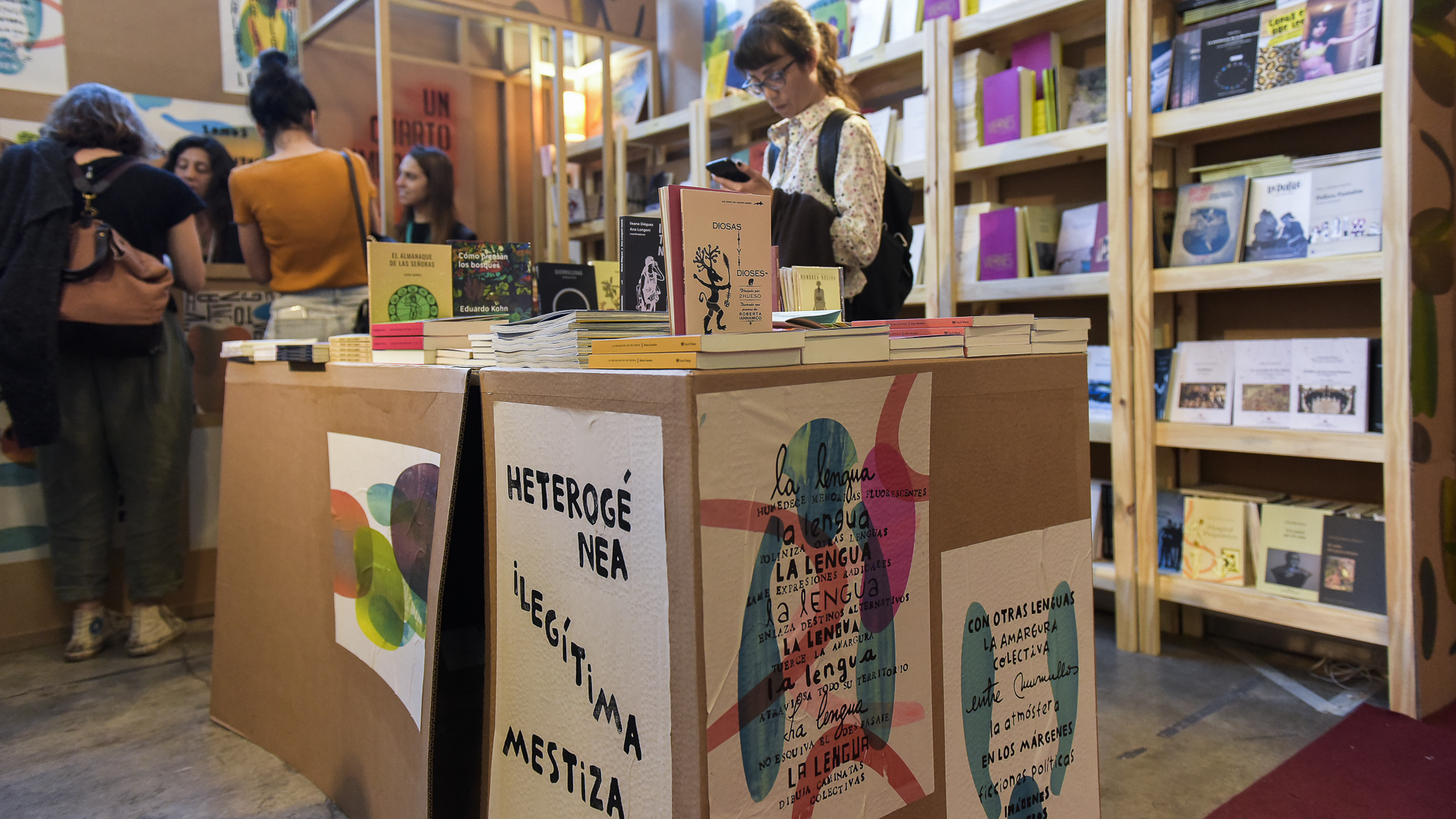 An improper room is synonymous with “being able to reach trans, non-binary and LGB transvestites from other parts of the country, continue creating ties and understand that our identities are possible,” says trans poet and editor Gaita Nihil (Gustavo Gavotti).

Zara Benaventos is an editor, translator and bookbinder for crazy bad, a publishing house that thinks about its catalog from political intervention. They publish texts by authors who in their time were despised or praised but silenced by the literary canon. “The fact of being at FILBA is a great tribute to the authors we work with”, says Zara and adds: “What remains to be conquered is that territory because for artisanal and self-managed publishers, as is the case with Loca Mala, it is absolutely Impossible to access a stand. Finally, all that feminist resistance that we want to propose is made invisible again.”

You have to stress where there is comfort

“Where you feel comfortable, you have to stress and act,” says Dafne, who has been working at the fair since 2009 and, in addition to this initiative, coordinates the Pride and Prejudice stand, a space for sexual diversity and culture that is inaugurating its third edition. From what place does the production of the book burst out of the heteronorm? With what and against what logic?

A woman must have money and a room of her own to be able to write fiction, says Woolf. And to be able to edit? What do independent publishers need? First of all, readers. Second, a space to spread. And, at times like this, a strong network of peers to watch each other’s backs. “It is a space that we give ourselves to rehearse and to have fun. We try to create other dialogues and see how an open stand can be made. It is a starting point. It is encouraging us to do this”, adds Gabriela Luzzi, editor of Paisanita and part of this map of independent publishers that continues to grow.

During the 46th edition of the Buenos Aires International Book Fair, the fitting room at booth 1401 in the yellow pavilion will be waiting for someone to sit down to put on a text, smell a poem, look closely at the weight of the paper, stop at the typography of some interior, the design of the box, the cover or the contents of a book.

“Pride and prejudice”: sexual diversity is present at the 2022 Book Fair in Buenos AiresComing out poems on Lesbian Visibility DayThe painting workshop for gay men that teaches how to break taboos (and draw naked men)