The last time Debanhi Escobar was seen, she had run into the nearby motel where she was found dead at the bottom of a cistern, but the cameras did not capture more people near her, according to revelations in videos from the Nuevo León Prosecutor’s Office.

The ministerial authorities detailed the last minutes in which the video surveillance system managed to capture the young woman, whose search, disappearance and discovery have shocked the country due to the circumstances of the case.

Luis Enrique Orozco, deputy prosecutor of the Public Ministry, explained Debanhi Escobar’s journey since she was captured by a taxi driver who had been designated to take her home, but for an undetermined cause, she got out of the car. Her father, Mario Escobar, has suggested that she may have been sexually harassed, due to an image of the driver reaching out his hand near her passenger’s chest.

Around 4:26 a.m. on April 9, the app-based taxi driver who was off duty took a photo that became the symbol of the search: she was standing on the highway to Laredo, near the Quinta Diamante, where the party the young woman had attended that night was and where she wanted to return home from. 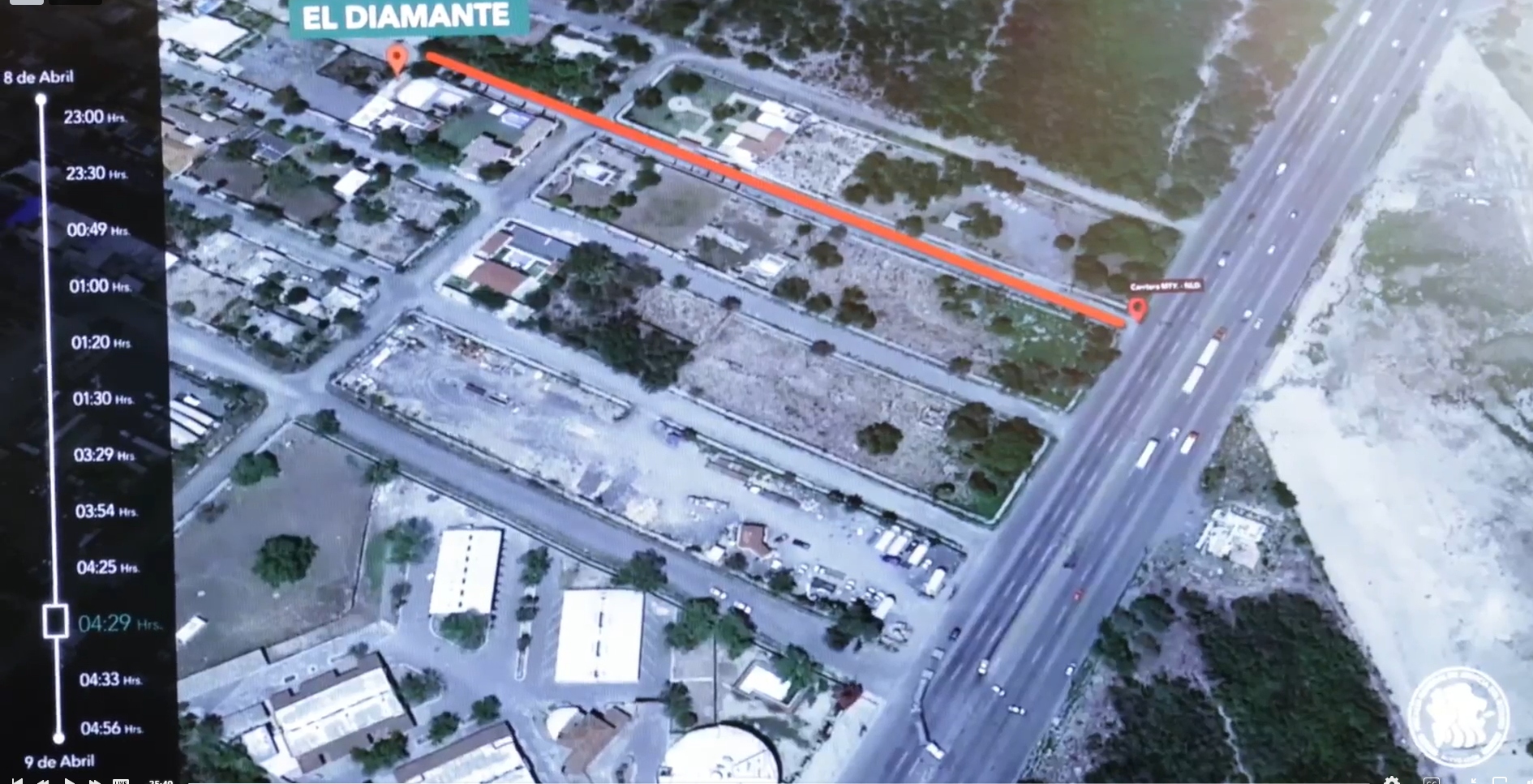 The deputy prosecutor indicated that the image was sent to Ivone, one of the so-called friends who was attentive to transportation and return. After locating the point where the photo was taken, Debanhi walked around the area for several minutes, until he arrived at the Alcosa company around 04:29, which delivered videos included in the folder.

Following the same route, walking south Denahi runs into the Nueva Castilla Motel, is captured by a camera that is inside a restaurant that is out of service