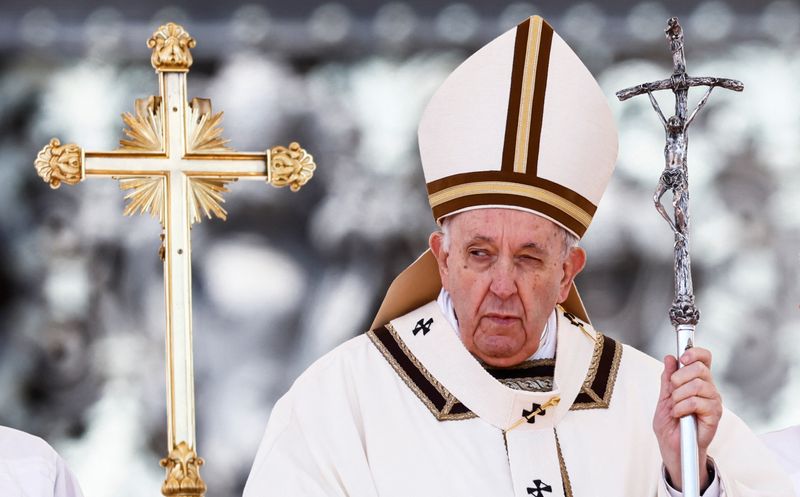 File photo: Pope Francis presides over the Sunday mass of Gloria in Saint Peter’s Square in the Vatican on April 17, 2022 (REUTERS / Yara Nardi)

Pope Francis signed this Tuesday, April 26, an apostolic letter in the form of a Motu Proprio, by which he establishes that the dismissal or not of a religious who commits a crime of abuse against a minor will be in the hands of the major superior of the congregation.

This is established in the motu proprio entitled ‘Recognitum librum VI’, through which canon 695.1 of the Code of Canon Law is modified.

In the original text, published in Latin and translated into Italian, it reads that on June 1, 2021, with the Apostolic Constitution Pascite gregem Dei, the new Book VI of the Code of Canon Law, De sanctionibus poenalibus in Ecclesia, was promulgated.

It explains that “some crimes have been classified differently” while “other new ones have been introduced” and, in addition, “the succession of the canons has also changed”; and it is noted that this requires modification to ensure consistency with the canons of other Code Books.

Therefore, according to the Vatican, having consulted the Pontifical Council for Legislative Texts and the Congregation for Institutes of Consecrated Life and Societies of Apostolic Life, the Pope establishes a modification of the text of canon 695.1.

In this way, it is written as follows: “A religious must be removed from an institute for the crimes mentioned in canons 1395, 1397 and 1398, unless, in the case of the crimes mentioned in canons 1395.2-3 (abuse sexual) and 1398.1 (abortion), the Major Superior considers that the resignation is not totally necessary and that it can be provided in another way both for the correction of the religious and for the reintegration of justice, or to repair the scandal”.

The Pontiff has ordered that what was deliberated with this Apostolic Letter in the form of a Motu Proprio be firm and stable in its validity, without prejudice to anything to the contrary, although it deserves a special mention, and that it be promulgated by means of its publication in the newspaper of the Holy See, The Osservatore Romanoentering into force on the date of the date, and to be published later in the official commentary of the Acta Apostolicae Sedis.

(With information from EuropaPress)

Pope Francis wrote a letter to the Russian Orthodox patriarch who supports the invasion of Ukraine: “Let the darkness of war end”The pope called for courage for the whole world to defend peace in UkrainePope Francis accepted the resignation of Monsignor Óscar Urbina, involved in the case of pederastyPope Francis: “War destroys everyone”