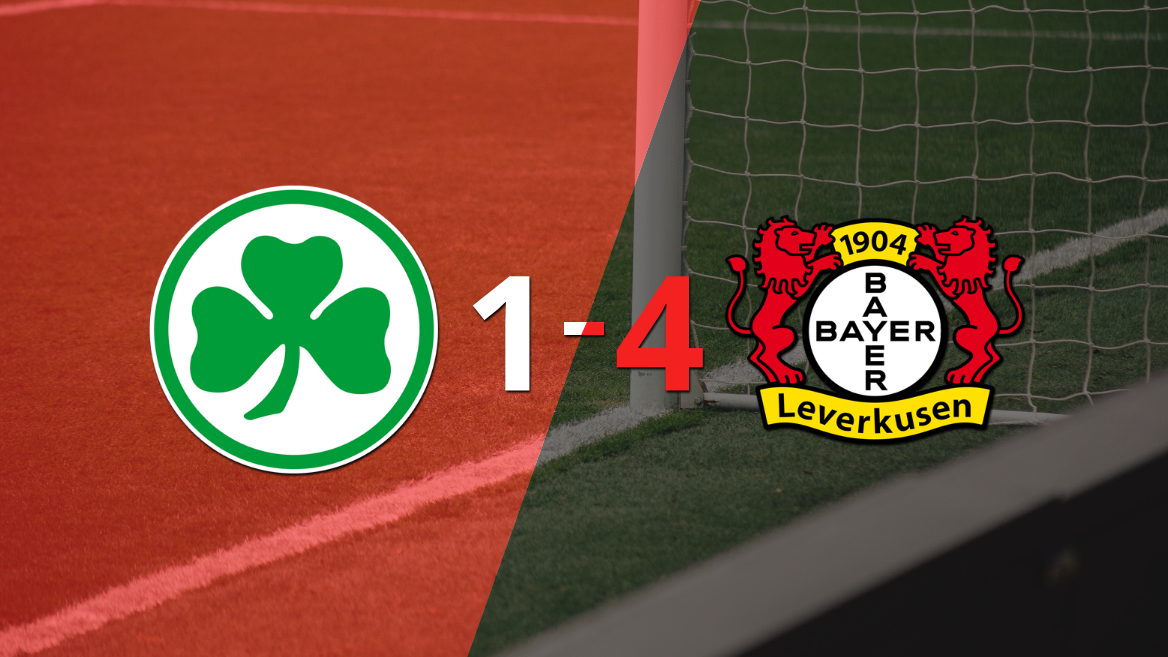 In the 12th minute of the second leg, Paulinho lifted B. Leverkusen’s spirits and took all the applause. After receiving a pass from Sardar Azmoun, the midfielder placed it from the large area to the left post and down. Impossible for the goalkeeper!

The figure of the match was Patrik Schick. The Bayer Leverkusen striker showed his best level by scoring 1 goal and finishing 5 times on the opposite goal.

Sardar Azmoun was another of the outstanding players. The Bayer Leverkusen striker showed his best level by scoring 1 goal.

At 4 minutes into the first stage, midfielder Jetro Willems raised the public with a shot to the goalkeeper.

It was a duel that was slowed down by the accumulation of fouls, which cut the pace.

For their part, those chosen by Gerardo Seoane took to the field of play with a 4-4-2 scheme with Lukás Hrádecky under the three sticks; Odilon Kossounou, Jonathan Tah, Edmond Tapsoba and Mitchel Bakker on defense; Moussa Diaby, Charles Aránguiz, Kerem Demirbay and Paulinho in midfield; and Sardar Azmoun and Patrik Schick up front.

The judge chosen to direct the match at Sportpark Ronhof Thomas Sommer was Tobias Reichel.

For the following date, G. Fürth will act as a visitor against Union Berlin and B. Leverkusen will receive Eintracht Frankfurt.

With this result, the host accumulates 17 points throughout the contest and ranks eighteenth. For its part, the visit adds 55 units and is located in third place.