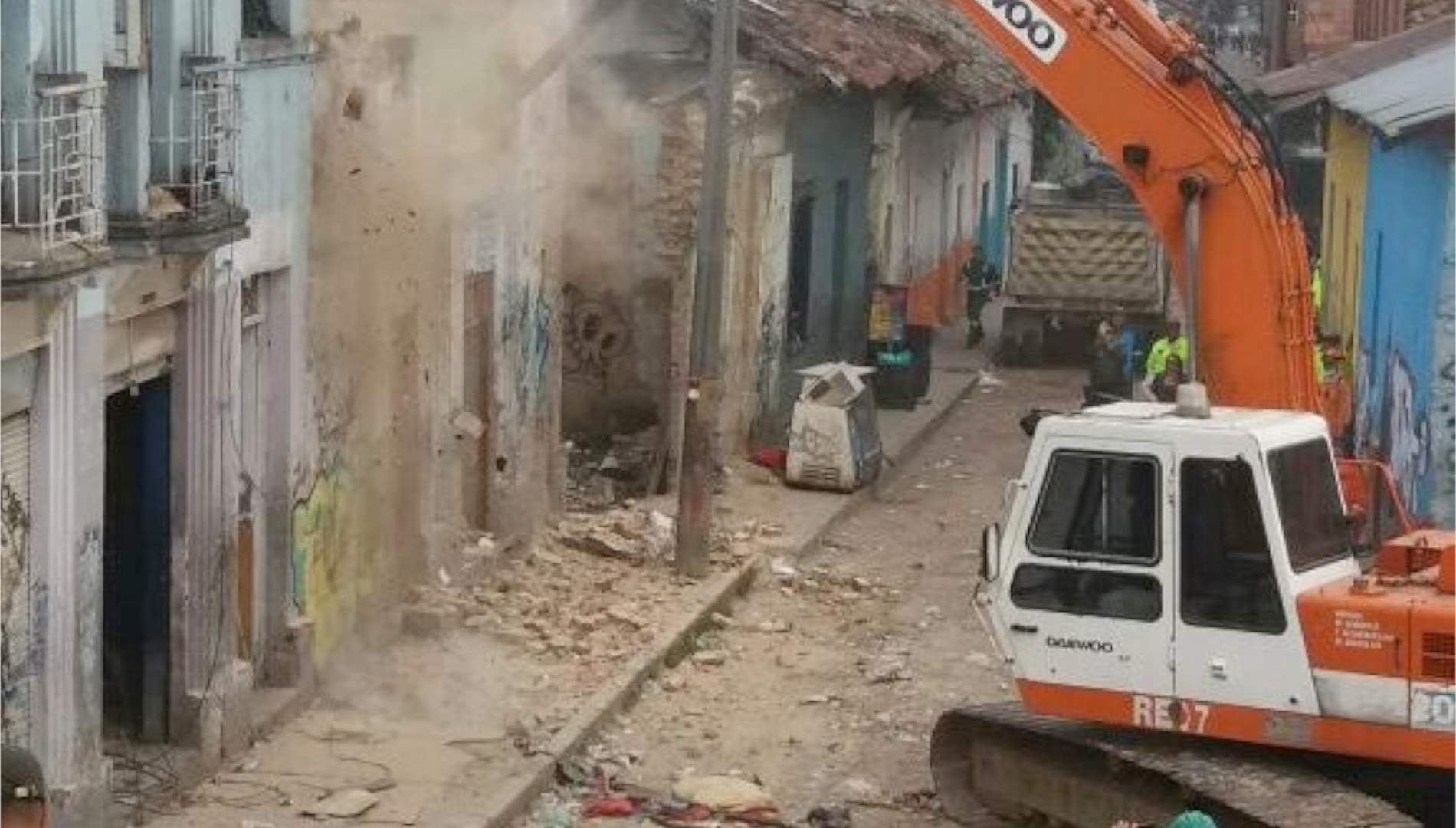 The Criminal Investigation Section (Sijín) of the Bogotá Police revealed to Semana magazine some details of the investigations it has been carrying out into the discoveries of bodies abandoned in public spaces in the center of the Colombian capital and in some of its locations in the last month.

According to the authorities, the crimes were committed in the so-called ‘massage parlors’, where the city’s micro-trafficking mafias take their victims to torture and later murder them in what would be a war for the rearrangement of the criminal structures that dominate this illicit business. in the city.

One of the places where these macabre places are located would be the so-called ‘cuadra de la muerte’ in the neighborhood of San Bernardo, which is among the farms that are in the process of becoming extinct, as there used to be drugstores, also known as “ollas ”, from that once-traditional sector, and which were dismantled in the office of the mayor of Enrique Peñalosa, reported in that media.

But there would be more of these places in the neighboring sectors of La Favorita and Cinco Huecos, which are paradoxically meters from the Bogotá City Hall and the headquarters of the Metropolitan Police of Bogotá. The authorities also indicated in the Semana that the places of torture would be camouflaged among the pagodiários, where homeless people and psychoactive addicts usually go to that sector of the city to spend the night for up to 5,000 pesos.

To these places, they take people on whom the mafias in the region will take revenge, with methods that instill terror, such as torture and dismemberment. Then the organized crime executioners pay street dwellers to pick up the human remains and throw them away with the garbage.

Investigators explained in Semana that in these aberrant practices, criminals have established schedules for the transfer of human remains and have logistics in which men who travel by bicycle make an advance payment to verify that there are no police officers.

All this happens, as they mentioned in that publication, because the structures that sell narcotics are being reorganized for the distribution of drugs in the cities of the city. They even use the hypothesis that some criminals who arrived from Venezuela are rebelling against their Colombian bosses to dominate the business, which has led to these brutal killings.

There are 10 cases that have dismayed the authorities of the Capital District, after reports from the Metropolitan Police of Bogotá revealed complaints from citizens who came across the victims, as if they were poorly disposed waste in public space.

Although authorities initially suspected only four cases, having passed 21 days in April, these systematic deaths are of concern to the community.

On Saturday, April 2, in the cities of San Cristobal and Usme, two bodies were found in a wooded area. Both of the deceased were approximately 25 years old and were found with obvious gunshot wounds to their skulls. According to a police hypothesis, the double homicide would have been committed days ago.

However, on April 12 in Plaza España, in the city of Los Mártires, a homeless person alerted security forces to the presence of two black garbage bags that also contained bodies: the first one, mutilated and stabbed, and the second with gunshot wounds.

With signs of torture, hands and feet tied and packed in plastic bags, these bodies were a sign that possibly the first two cases were not isolated cases.

According to the newspaper El Tiempo, the first versions of these gross murders indicate that they could be cases of liquidation of accounts in the control of the micro-trafficking business in different areas of the capital.

However, Colonel Ernesto Goyes, an inspection officer for the Bogotá Police, has not yet been able to establish that there is a criminal pattern among the murders, despite there being coincidences in how the people in question were killed.

The consternation does not end there, because in the middle of Holy Week and until Wednesday, April 20, six more bodies appeared, located between the cities of San Cristobal, Teusaquillo, Usme, Engativa and Kennedy, like garbage wrapped in garbage bags. black. All these corpses turned up with their throats slit.

The Secretary of Security of Bogotá, Aníbal Fernández de Soto, spoke about the security problem that this case is becoming and said that the secretariat will prioritize the investigation and intervention of criminal gangs and micro-trafficking networks that operate in the city with rewards that allow the Witnesses to these events report more homicides.

At 10:30 am on Holy Thursday (April 14), at 26th Street and Carrera 30, the body of a man was abandoned in a black bag and this action was witnessed by the commander of the station in the town of Teusaquillo, Colonel Sandra Lancheros, who said that the body was tied at his feet and hands with signs of torture:

This body was brought from another location, the closest being Los Martyrs. The Sijin is investigating whether this was the place where the murder took place.

Sergio Fajardo defended Petro and highlighted that they are politicizing the FF.MM after General Zapateiro’s trillsThey legalize the capture of 100th Street thieves in Bogotá