Marquinhos and Verratti regret the attitude of PSG supporters 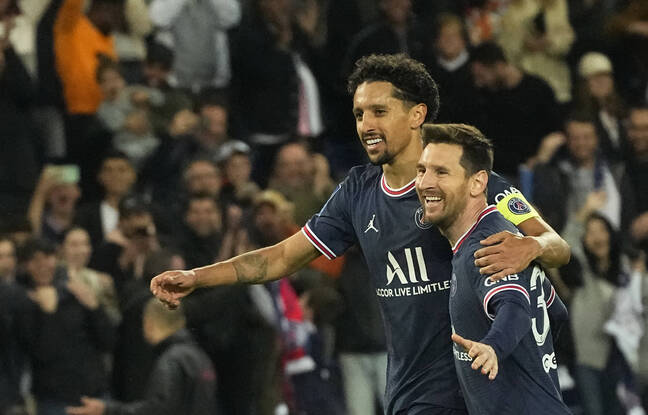 Ten was the evening number. Tenth title of champion of France for Paris Saint-Germain, after its draw against RC Lens. And barely ten minutes for the Parc des Princes to empty of its public after the final whistle. After 90 new minutes of total silence, the PSG Ultras decided to celebrate the title outside the stadium, leaving the players alone on the lawn with the family, like Keylor Navas and Sergio Ramos.

Sad images that have not failed to comment on Marquinhos and Verratti, at the microphone of Canal +. The Brazilian, still happy to recover the title, was the first to speak. “It’s a shame the atmosphere… We try to have as much fun as possible. It’s a shame that it wasn’t done with the supporters, but we have to deal with it. »

“We have to move on”

The Italian has let go a little more. Almost as grumpy as when it comes to claiming a yellow card from the referee. ” I do not understand [les supporteurs partis fêter le titre hors du stade]. Football is won and lost together. But I know there are a lot of people with us. We also want to win everything. We also wanted to win in Madrid but at some point we have to move on. »