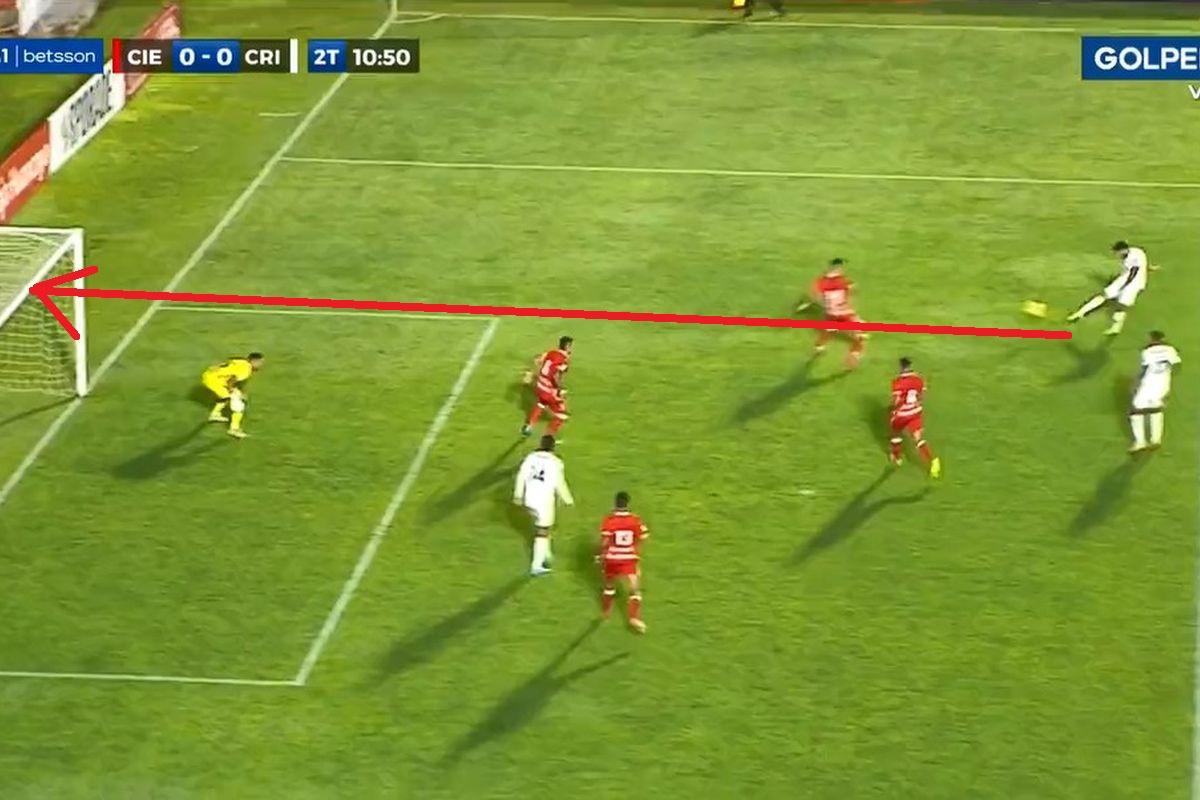 Sporting Cristal vs Cantolao: midfielder Leandro Sosa almost scored a goal for the celestial team in the match valid for the 11th of the Opening tournament of Liga 1 that was played at the Inca Garcilaso stadium in la Vega in Cusco.

At 55 minutes into the game, midfielder Yoshimar Yotún began the progression in attack of the celestial team with some difficulty.

However, the attacker Christopher Olivares managed to take control of the ball and clear the play with a pass behind the wheel Alejandro Hohberg who went off the hook to the left.

Hohberg went deeper without opposition and launched a celestial football service Leandro Sosa who appeared on the opposite side of the play.

The Uruguayan controlled, settled in and finished off inside the Cienciano area by crashing the ball on the crossbar of the goal defended by goalkeeper Miguel Ángel Vargas.

Cristal has won four wins, three draws and two defeats in the Apertura that allowed him to score 15 points. In addition, he scored 19 goals and conceded 15. Christofer Gonzales scored six goals, is the team’s scorer and one of the top gunners in Liga 1 alongside Janio Posito (Binacional), Cristian Techera (Ayacucho FC) and Rodrigo Salinas (Atlético Grau).

The celestial team will face Talleres de Córdoba in Argentina on Tuesday, April 26, for the 3rd date of the group stage of the 2022 Copa Libertadores.

The team led by coach Roberto Mosquera lost in its debut to Flamengo in Lima (0-2) and to Universidad Católica (1-2) in Santiago. The beer club has not scored any points in Group H and is ranked last in the standings. The leader is’ Mengao ‘with 6 points, followed by the Chilean team with 3, with the same score as Talleres.

Leaderboard for date 11 of the Apertura de la Liga 1 TournamentJairo Concha was chosen the figure of the 10th date of the 2022 League 1 Apertura TournamentBernardo Cuesta hung up the goalkeeper and scored a sensational goal for Melgar against Municipal for Liga 1Mayer Candelo confessed that he longs to lead Universitario, flattered Ricardo Gareca and referred to the classicQuembol Guadalupe already trains with the US national team: “It seems that Peru lost interest in me”