From fanatical supporter to captain, the success of Volendam touches Mirani deeply 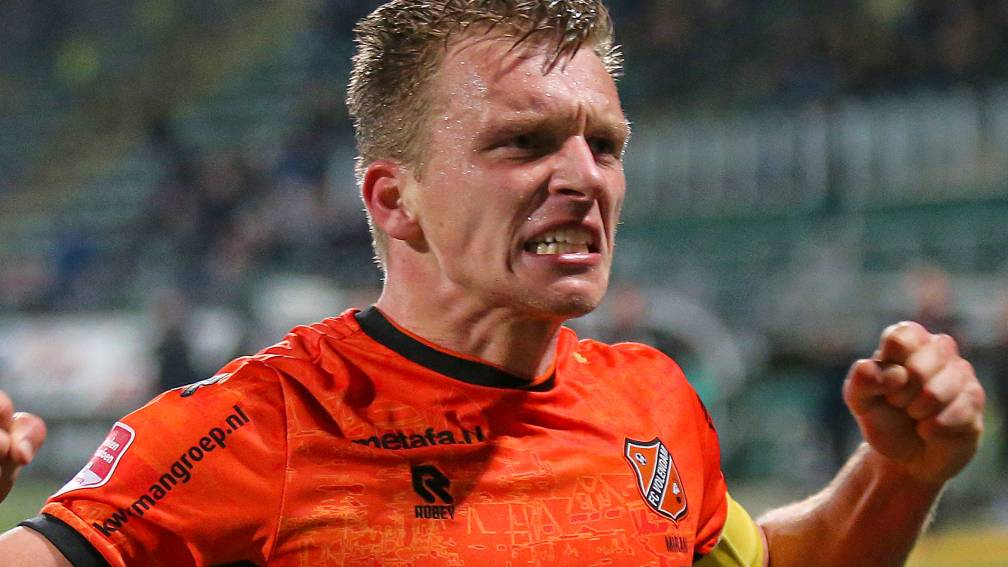 When FC Volendam last promoted to the Eredivisie, Damon Mirani secretly thought he was a member of the hard core supporters. After all, at every home game he was standing at the top of the stands with some friends, kicking noise by ramming against the back wall of steel plates.

His great hero at the time was Mathieu Boots. A tall defender from Venhuizen, a village between Hoorn and Enkhuizen. This was the luck of an eleven-year-old child from Monnickendam, obsessed with football.

And it touches him much more deeply than many others within the selection, when he is now approached on the street by children who wish him success against FC Den Bosch. In that match, Volendam can force promotion to the Eredivisie tonight, with Mirani as captain of the local pride.

“We don’t have a lot of Volendam players on the field anymore. But we do have a lot of technically skilled players, for which the club was always known,” says Mirani, now 25, who grew up close to the fishing village. “But Monnickendam and Volendam, they go well together.”

The first division has had many dramatic denouements in recent seasons, but Mirani seems to have barely missed this childhood dream. And then a folk festival of unprecedented proportions erupts in the village. Perhaps for a week, the defender predicts.

Mirani only returned to Volendam last year, after adventures at Ajax and Almere. “My contract expired and I knew what to expect here. I wanted to stand out in a team that played attacking football and by attracting guys like Robert Mühren and Daryl van Mieghem, the club sent a clear signal.”

And trainer Wim Jonk also plays a major role in his arrival. Or rather Team Jonk. The former international is one of the most successful football players that Volendam has ever produced. The renowned strategist in the midfield of the great Orange also sets the lines tight in his technical role.

“I also played at Ajax under Jonk, in the class with Riechedly Bazoer and Jairo Riedewald, among others,” says Mirani. “He has a very clear idea and he wants to be able to fully implement it. Here at Volendam he has also been given that freedom.”

According to Mirani, the appointment of singer Jan Smit as commercial director has also been a golden opportunity. “You can really call him for everything if you need him, a real club man. The nice thing is that with the experiences from his own profession he can also bring us new insights. And because of his fame he is a good signboard for the club.”

No club shuttled between the two top divisions as often as Volendam. “But why can’t we do the same here as at Cambuur, Go Ahead or NEC?”, Mirani refers to the successes of the newcomers in this year’s Eredivisie. “But then we still have to add something. We still concede the goals too easily.”

And that’s what a defender says, but one who dares to look in the mirror. “It is that mentality that ensures that so many athletes from this region break through. We also had a dip recently, so I see it as my responsibility to bring the group back together with the other experienced guys.”

That is entrusted to him, with the club love rubbed in at a young age through family and school. “We were often dropped off at the stadium by our parents, if we were allowed to watch the matches here with a group.”

Mirani always had a season ticket, but canceled it when he was scouted himself. The late pots on Friday evening took their toll when the alarm went off again early Saturday morning for his own game. “And when I was sixteen I was taken by Ajax, then you know it’s going to get really serious.”

It remained a practice match with the great Ajax, but with a goal against SDC Putten. He missed the Eredivisie twice with Almere.

And that will not happen to him a third time, certainly not in front of his mates in the Pé Mühren stand. Named after the legendary stadium speaker, who entertained audiences with his word skills for 59 years. Who even read the compositions in poetic form and sometimes also acted as a father figure to call rowdy young people to order.

Once Mirani was also among them, he still remembers it like it was yesterday. Just like that spectacular tribute, traditionally on the botter Back and forth.

He can barely realize that he is the next one to stand with the scale, fourteen years after the last major discharge. Mirani sees that his teammates remain calm. And maybe that’s for the best in these tense days. “Still, I expect that a lot of emotions will be released.”