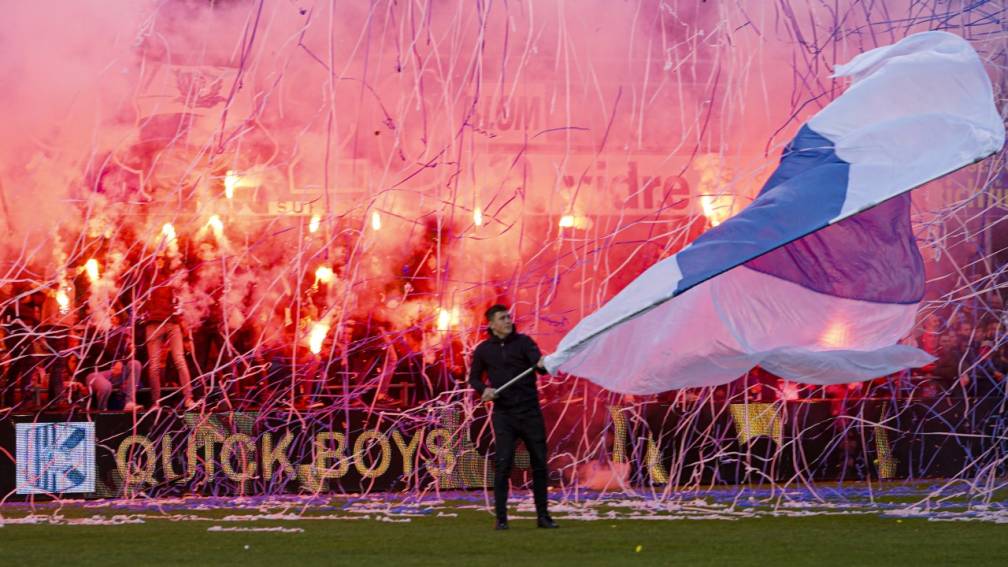 Both youthful fans of Rijnsburgse Boys and Quick Boys were injured. Three children were taken to the doctor’s office with head injuries, the others suffered minor injuries, according to police.

Mayor: this is unacceptable

The chairman of Quick Boys calls the incident ‘too crazy for words’. The chairman of Rijnsburgse Boys announced measures against the perpetrators: “It is clear that the visitors affected had a terrible experience last night. What should have been a real football party has literally and figuratively gone up in smoke.”

Mayor Cornelis Visser of Katwijk also reacts indignantly: “Throw fireworks and then even in the boxes. Our children and parents are standing there, this is really not possible. Even children have been injured, this is really unacceptable.”

Matches between Rijnsburgse Boys and Quick Boys will be played without an audience for the time being.