‘Care is really nice, but better guidance is needed’ 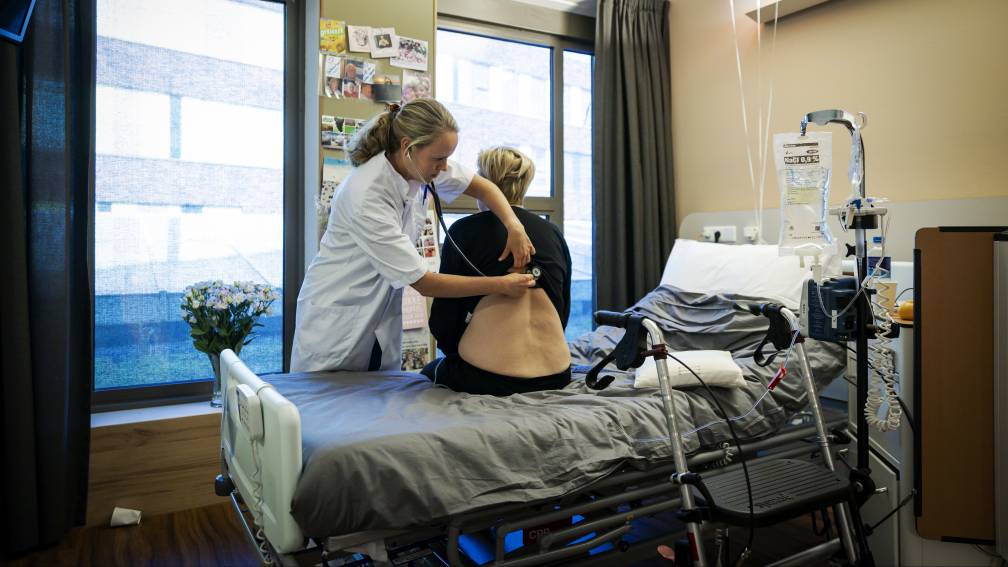 She was immediately sent on her own and has often experienced being harassed by male clients. “That almost always happened to men only. When I went to take a shower they would make comments like ‘take off your washcloth’, ‘don’t you want to touch it?’ or ‘I’ll pay you for it, so that stays between us’.” Sometimes they would have erections and would take her hands and guide them to their genitals.

If she mentioned this at work, she was told that it was part of the job, that other colleagues experienced this too and that you should just ignore it. There was no form of preparation or aftercare, although she did need it. When she said at work that she didn’t want to go to a certain man because he was harassing her, they said ‘there’s no one else, so if you don’t go, no one will come’.

“When you’re this young, you want to make money, you want to do it right, and you don’t want to disappoint,” says Morena. As a result, she went beyond her own limits for years. “I never felt comfortable being a woman at work.”

After six years, the work got so bad that she gave up. And she didn’t think that was necessary. “Care is really great fun, but there really needs to be more guidance and more preparation for the training.”

“The theme is still too open to discussion within healthcare organisations, says Michel van Erp of the trade union for healthcare professionals NU’91. According to him, there are often protocols, but nurses do not know that. “So they also do not know that they are being supported and helped. will be when they make notifications. And that’s really important. These are often very young people. You would think that, especially when it comes to the elderly, they are dependent, but you notice that the power relationship with older patients is often to the disadvantage of the younger nurse.”