After the rejection of the electricity reform, representatives of the Private Initiative (IP) congratulated the opposition in the Chamber of Deputies, since they gave certainty to national and foreign investment, a positive sign in the face of the economic crisis.

While the Business Coordinating Council affirmed that the deputies acted responsibly and asked the federal government to work together to promote innovation and investment, the Employers’ Confederation of the Mexican Republic (Coparmex) recognized the work of the legislators who voted against the reform, since it threatened the economy of families, the environment, free competition, compliance with international treaties contracted by Mexico in economic and environmental matters.

“Mexico won. It is a very positive step for generating trust for investments. We are missing opportunities, with investment falling 17% in the last year. Now we expect more investment and employment, but we must work together”, emphasized José Medina Mora, national president of Coparmex.

He explained that the reform was not approved because the parliamentary majority rejected the dialogue, they lacked will and generosity. “We reiterate the call of Coparmex so that, based on dialogue, the Constitution is not reformed. That viable improvements be promoted through secondary laws. For this, a long-term vision is required, where there is a strengthened Federal Electricity Commission, a country with clean energies, where the Rule of Law is respected, the service to society is improved, international agreements are respected, investment is encouraged to have enough energy for the growth that the country requires”. He expressed his concern that they intend to continue promoting maneuvers from the Government to prevent the operation of private generators and free competition is hindered. 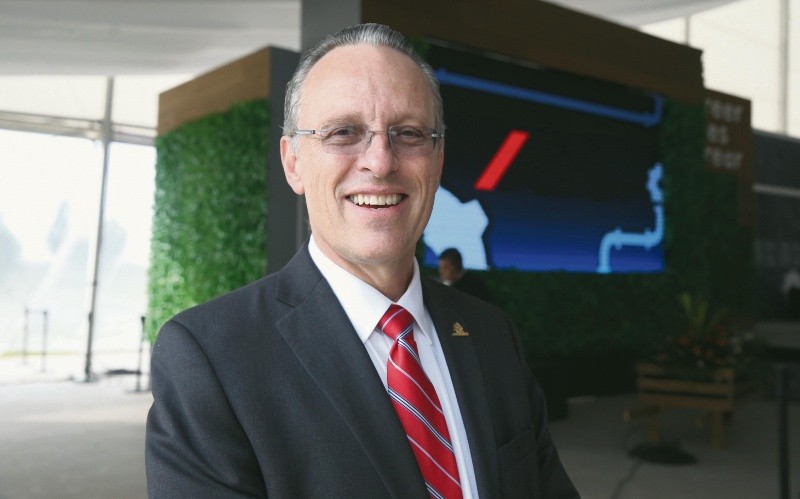 Jalisco is one of the key states for lithium exploitation

Jalisco is positioned as one of the key Entities of the Ministry of Economy for the possibility of finding this resource in its geological deposits.

Last October, the director of the Mexican Geological Service, Flor de María Harp, announced that An investment of 55 million pesos would be allocated to carry out various explorations in the country with the aim of locating more deposits.

According to the progress and results of the Institutional Program of the Mexican Geological Service, Seven exploration zones have been evaluated, of which four are in our State: two for lithium and two for polymetallic.

The other three are envisioned for Sinaloa, derived from the 2019-2024 National Development Plan. According to the report corresponding to the year 2020, it was then that the investigation of a possible deposit of lithium in clays in the Teocaltiche and Jalostotitlán basin in Jalisco, for a Mining Assignment (AM) called Alondra, whose surface covers 49 thousand hectares, estimating 380 million tons of sediment deposits for geological work.

Then, the survey of stratigraphic columns was carried out, identifying the three lithofacies associations of sediments and rocks that contained the highest content of lithium, with 444 samples “to progressively model and evaluate the variation of this element and generate the model of the mineral deposit of the same, which is critically required for the transition to clean energy”, indicated the Mexican Geological Service.

The foregoing, after various national and foreign investment companies showed interest in extracting said material in the area, as well as in Agua Prieta and Nogales, Sonora, and in Piaxtla, Puebla.

The four assignments were reserved pending carrying out the explorations mentioned in the beginning, of which their progress or results have not been reported.

For specialists on the subject, Mexico is not in a position to promote the nationalization of lithium, in the first place because the country is not one of the main generators of the resource, like China, Japan or South Korea, in addition to the fact that it does not have the experience of Bacanora Lithium, which has the only authorization to operate.

“I don’t think the Mexican state has the possibility of investing millions of dollars in developing or exploring mining concessions,” Jorge Ruiz, a partner in the Mexico City and Ciudad Juárez offices of law firm Baker McKenzie, told BNamericas.

The cost of lithium internationally is increasing. According to statistical data from Trading Economics, in the last year the price of lithium has shot up by 436 percent. For the second half of April 2020, a ton of lithium carbonate was quoted in international markets at 10,938 dollars, but last week it was reported at 75,731 dollars. The cost of lithium to the global market is based on spot prices traded in China.

It is the lightest metal, silvery white in color. It is contained within stable minerals, between hard rocks or in solution of brine bodies in salt lagoons and in sea water. It is in the exploration stage in Mexico. It is found in countries such as Australia, Chile, Argentina, Mexico, Bolivia and the United States; however, Chile and Australia are the countries that produce the most.

What can be done with lithium?

It is used in making airplanes and batteries for laptops, phones, and other devices. It is used for electric vehicles, toys and watches. Lithium carbonate is used as a medicine in the treatment of bipolar disorder. Once it is combined with aluminum and magnesium, it becomes a stronger and lighter material. Lithium chloride is used in industrial drying and air conditioning systems. It is used for nuclear applications. 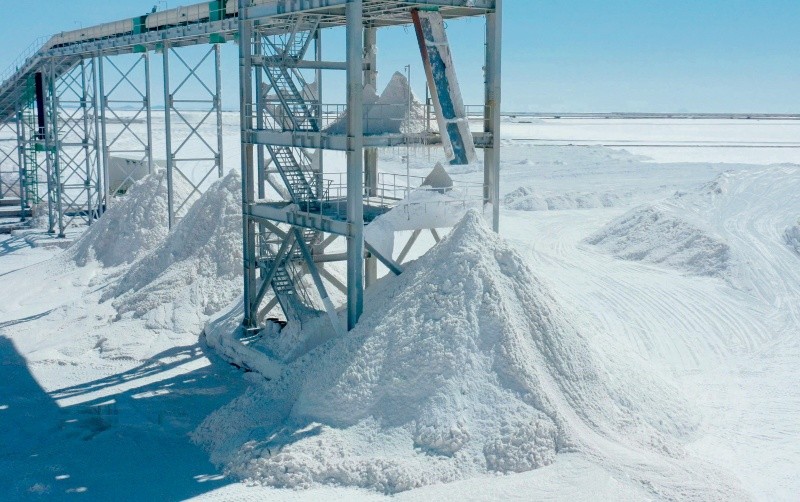 Lithium is found in nature in the form of salts or minerals, and is characterized by its white or silver color. In the image, a material extraction complex in the southern area of ​​the Salar de Uyuni, Bolivia. AFP/P. Cozzaglio

CONCESSIONS IN THE COUNTRY

So far Mexico does not produce lithium. According to what was expressed on several occasions by the director of the Mexican Geological Service (SGM), Flor de María Harp Iturribarría, Mexico has 36 concessions in the lithium industry, 27 of which are active and controlled by 10 foreign capital companies.

Until now, the greatest progress has been reported by the English company Bacanora Lithium and its partner in China Ganfeng Lithium, who plan to start exploiting this resource in 2023 in Sonora. But there is no information on what will happen after the reform endorsed yesterday.

They warn of affectation to investments

The reform to the Mining Law was approved yesterday to give the federal government the guardianship of the exploitation of lithium, provoking criticism from Jalisco federal deputies of the Citizen Movement (MC), National Action (PAN) and Institutional Revolutionary (PRI) parties.

While the Mexican Mining Chamber lamented that nationalizing this metal represents a risk for the country’s mining industry, the emecista deputy Manuel Herrera Vega asked for adjustments to the reform project and warned that its ambiguity inhibits private investment. His bench mate Mauro Garza Marín proposed enriching the reform with an action plan to stipulate how much will be invested and what the return on investment will be to benefit the country, but both proposals were rejected. Also for the orange faction, Horacio Fernández asserted that nothing should be nationalized since the mineral resources already belong to the nation, but he questioned the monopoly.

By majority, the Chamber of Deputies approved the opinion that adds various precepts of the Mining Law in terms of exploration, exploitation and use of lithium and other minerals that are strategic and necessary for the energy transition. In particular, there were 275 votes in favor, 24 against the MC deputies, and 187 abstentions from the PRI, PAN and PRD, who left the room for the previously raised disagreements. For now, neither the deputies nor the opinion mention what will happen to the 27 active concessions that study the exploitation of lithium, which adds to the uncertainty of private investment.

Damage to the sector

Risk. According to the Mexican Mining Chamber (Camimex), nationalizing lithium represents a risk for the mining industry, since the expectations in this regard “are unrealistic” and the country could face various technical, legal and financial problems. , because according to the specialists, the productions are not so big.

sound. According to Camimex, in Senator Alejandro Armenta Mier’s proposal, presented in February 2021, it is mentioned that Sonora is home to the largest lithium deposit in the world; however, this is not the case, according to Eric Carter, director of the Bacanora Lithium project, in a webinar promoted by the Association of Mining Engineers, Metallurgists and Geologists of Mexico.

Projection. The metal used in the manufacture of batteries has been detected in 57 locations nationwide, but the prospects of developing economically viable lithium operations are weak due to its low concentrations and the presence of impurities, acknowledged the director of the Mexican Geological Service (SGM). .

Revenue. The president of the board of directors of the Chemical Mining Society, Alberto Salas, pointed out that the economic expectations have been unrealistic, because although the ton of lithium has significant costs, the requests for the production of other resources are still not enough, as mentioned in the proposal. by Armenta Wed. “It’s an impressive thing, but the truth is, if we compare it to the copper market, it’s unrelated.” 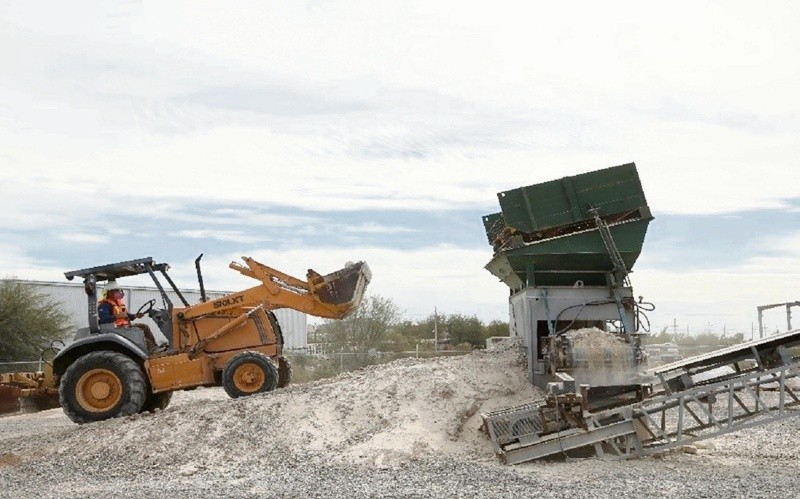 According to Camimex, there would be geological problems to obtain the extraction of lithium. SUN/C. Mejia

Reactions to the mining reform

They are fulfilling a whim. Surely they already have recipients to deliver the exploitation of the mineral to their favorite businessmen

There is uncertainty and it generates a lack of security for investors. In the future, the federal government may state that a mineral is already strategic and would affect investments.

What they seek is to monopolize the exploitation of lithium. However, you need technology and investments. It is a desperate act by Morena to change the discourse in the face of the defeat of the electricity reform.

There is no need to nationalize anything, that is a lie, lithium is already property of the nation. Exploitation is the issue. We agree on the stewardship of the State, what we do not believe in is monopolies.

No concessions, permits or licenses will be allowed for private companies to exploit lithium in Mexico, it is the mineral of the future.

The national benefit must be sought with the exploitation of this material, but we must be realistic in that all parastatals, such as CFE or Pemex, are unsustainable and do not have the capacity.

What do you think of the mining reform?

Museum in London sends looted art back to Nigeria

Inflation: The birote also rises! They sell it for up to 12 pesos in the ZMG

Inflation: The most difficult return to school in the last 25 years is coming