Unrest after Ajax loss: ME pelted with fireworks, 22 arrested and three injured 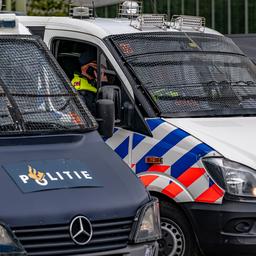 The departure of the Ajax supporters from De Kuip has been restless after the lost cup final against PSV. A few supporters threw fireworks outside the stadium at the Mobile Unit (ME) standing by the buses. A total of 22 supporters have been arrested and three injured, 21 of which have already been released.