Mexico: what is AMLO’s “plan B” after the failure of his electricity reform (and how will this “hard blow” impact his government)

The numbers spoke and the lack of a qualified majority in the Chamber of Deputies meant that the electrical reform in Mexico so ardently defended by its president, Andrés Manuel López Obrador (AMLO), will not see the light of day after being rejected this Sunday.

The proposal of his Morena party was committed to “strengthening” the Federal Electricity Commission (CFE) to restore dominance in the generation and sale of electricity today controlled in the country by private companies.

His critics, however, pointed out that the reform would create a state monopoly and affect free competition, in addition to harming the environment by giving priority to more polluting plants over renewable energy producers.

The result of the vote was predictable, since Morena and her allies have not had the support of two thirds of the chamber necessary for this type of reform since last year. Although in recent days he assured that he would take on some of the counterproposals of his rival parties, this was not enough for the opposition to stop the initiative.

For this reason, anticipating this result, AMLO already announced last week his “plan B” regarding one of the proposals of the rejected electricity reform: that of regulating Mexican lithium, a key mineral for the manufacture of batteries and nicknamed ” white gold”, so that it would be exploited solely by the State.

Thus, the president announced that the national lithium shield will also be guaranteed with a reform to the Mining Law -which only requires a simple majority in Congress that Morena and its allies do meet- and that it will probably be voted on and approved this Monday. .

“Whatever happens, we are already armored against treason,” AMLO said this Sunday while the reform was voted on. “This is just beginning,” he added this Monday, before calling deputies and senators to approve the initiative to nationalize lithium.

Lithium without concessions to foreigners

AMLO stressed on Monday the importance of lithium, essential for batteries for electronic devices or electric cars. “They don’t know (…) the ambition that it arouses in the great powers because it is a strategic mineral for the development of the future,” he declared.

The reform stipulates that “the exploration, exploitation and use of lithium will be exclusively the responsibility of the State”, which will be the nation’s heritage and “is reserved for the exclusive benefit of the people of Mexico” for which “no concessions, licenses, contracts, permits, assignments or authorizations in the matter”.

As justification, the text highlights that “in the last 30 years, mining in Mexico has represented, as never before in the history of Mexico, the overexploitation of mining deposits in favor of private interests, mainly foreigners.” 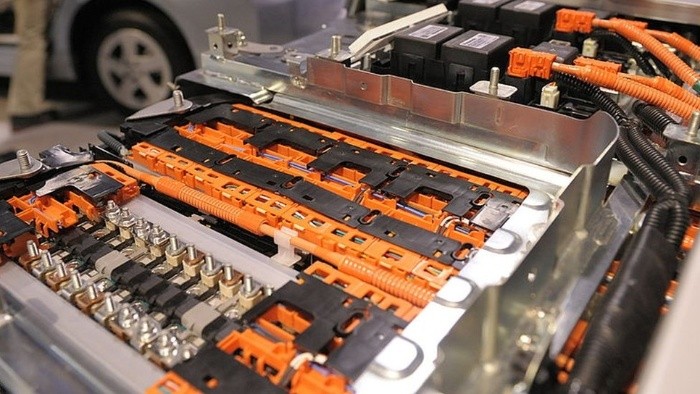 Lithium is essential for the production of batteries for electric cars. GETTY IMAGES

One of the biggest controversies caused is knowing precisely what will happen to the companies that are already exploiting lithium in Mexican territory, although AMLO was very blunt about it a few weeks ago, assuring that his government will not allow foreigners to continue with this work even if they have concessions. previous.

Specifically, he referred to the British company with Chinese capital Bacanora Lithum, which is currently allowed to exploit the mineral in the state of Sonora, in the northwest of the country, where it is estimated that there is one of the largest deposits in the world.

For the nationalization of lithium, the reform contemplates that “a decentralized public body” be in charge of its exploration, exploitation and use of the mineral.

“The Mexican government is doing well to protect lithium. A national good that can support the country’s growth cannot be left adrift if it is used well. The issue is that we did not learn from the failures that have been made with [el modelo de explotación] from Pemex [la estatal Petróleos Mexicanos]”Francisco Ortiz, from the Faculty of Economic and Business Sciences of the Pan-American University of Mexico, tells BBC Mundo.

“We do everything with Pemex: I exploit, transport, sell… and over the years we have realized that an inefficient super company has been created with billions of dollars of debt,” questions the expert, who bets on his place because “restricted and controlled” concessions are granted in some areas of the lithium process.

“Posing it as ‘I’m going to take away your business’ doesn’t work. You can’t scare away your potential clients or partners (…). You have to leave resources for the State that it doesn’t need to invest in this. If you have wealth, let gives you money; the idea is not that you are paying wealth as is the case with Pemex,” he reflects.

Last year, AMLO declared that the Mexican government was being advised by Bolivia – which also opted to keep foreign investment in lithium exploitation out – due to its experience in using the mineral.

As explained to the Open Democracy website by academic Carlos Aguirre, from the Department of Business Studies of the Universidad Iberoamericana, Bolivia has a state-owned company that produces lithium, but its legislative scheme is not very different from that of Chile and Argentina, which do allow investment or co-participation. of private companies.

This, according to the expert, is what has positioned the two countries of the Southern Cone as the main lithium producers in the world, which does not happen with Bolivia despite having larger reserves, for which he also defends that Mexico adopt a model of concessions, surveillance and control of the work of investors. 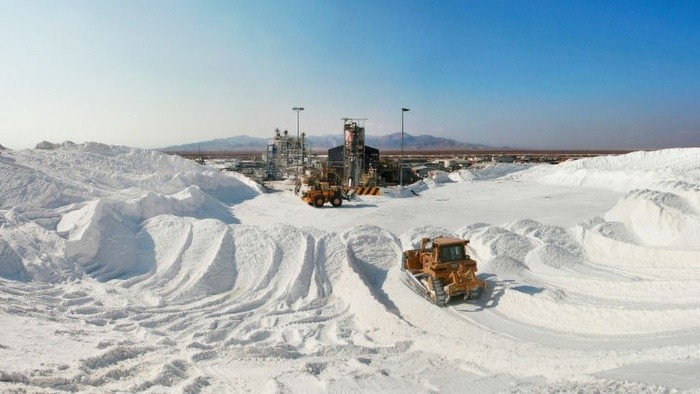 Chile has one of the largest accumulations of lithium reserves on the planet. GETTY IMAGES

“An Act of Treason”

While the reform of the Mining Law regarding lithium continues its course, what still resonates in the Mexican political debate is the rejection of the government’s energy proposal, which some have described as one of the greatest defeats suffered by AMLO in his government and a serious blow to his mandate.

The president, who on Monday ruled out sending an electricity reform initiative again in the remainder of his presidency until the end of 2024, described the vote by the opposition as “an act of betrayal of Mexico.” 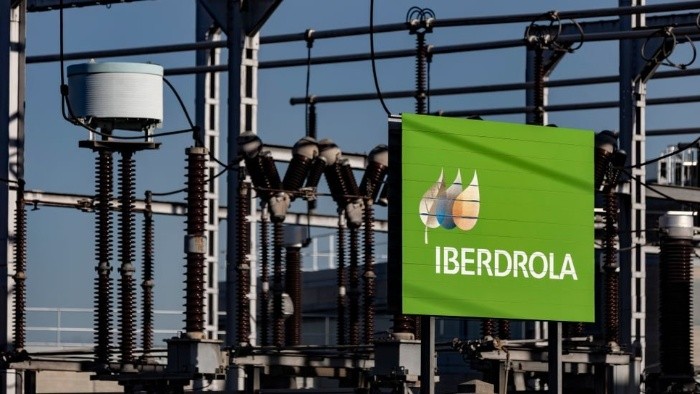 “And that it is also a triumph for politics, because progress is being made in the fight against simulation. A moment like this is splendid, where those who call themselves popular representatives vote for Iberdrola. When are we going to see something like that again? guy? So, it’s a stellar moment,” he added wryly.

What happened was historic, since I wanted him to lose the qualified majority in Congress last year, this was the first time that the Congress in Mexico did not approve a constitutional reform of the president.

“Look at the important lessons. First, that it took a long time for an initiative of the president to be rejected like this, at that level. And the second is that there was no intention on the part of the government to buy anyone; it is also historical,” he assured. .

Some analysts, however, rule out that this adverse result for AMLO will negatively affect his image and consider that he will know how to take advantage of it at the end of his term.

“It is a self-inflicted hard blow, because he knew that there was no way he would have the votes. If he had had that strength in Congress, he would have voted for it before. It is a legislative defeat, but a political tie for him,” summarizes Luis Antonio Espino , communication consultant.

The analyst, author of the book “López Obrador: the power of populist discourse,” justifies his theory on the fact that “the president lives in the conflict, it is his way of doing politics.”

“What may seem irrational (advancing the initiative despite knowing that he was going to be defeated) makes sense if we see that what he wanted was to make a show in front of his followers,” he says. 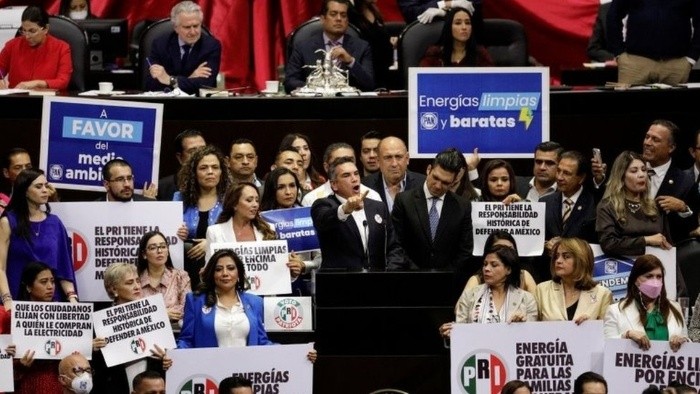 The opposition did not allow AMLO’s energy reform to go forward. REUTERS

Thus, with this adverse result, “he gains legitimacy among his bases, renews that promise to try the changes that the country in his opinion needs, and for that this defeat serves as an instrument: to say that he wanted a radical change in electrical matters , but it was not possible due to the interests and resistance of those who he considers enemies,” he tells BBC Mundo.

For the time being, AMLO is focusing his efforts on reforming the Mining Law, which would save part of his objective of a deeper energy transformation for the country.

* With reporting by Dario Brooks.