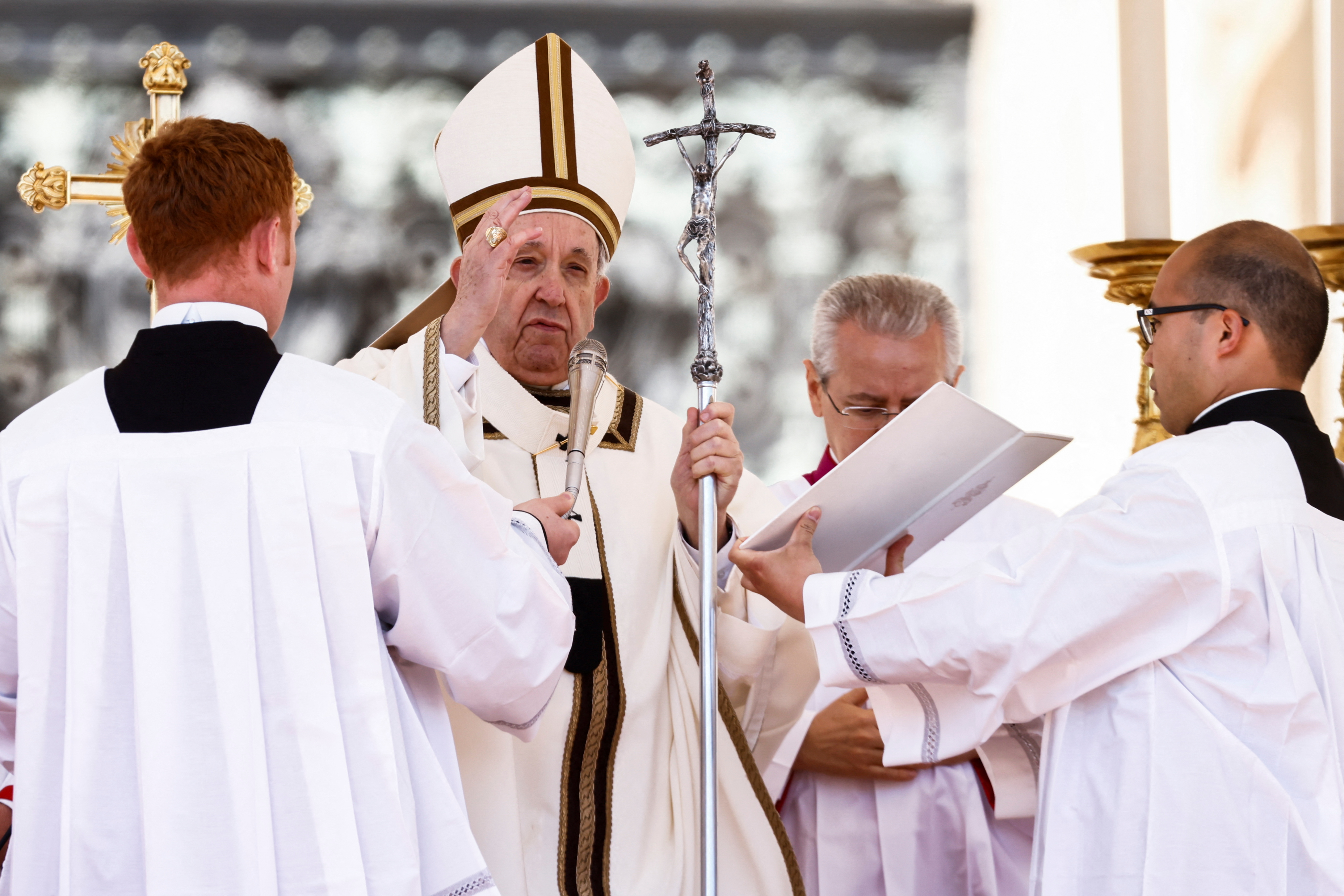 Pope Francis today called for peace to come to Ukraine dragged “by a cruel and senseless war”, in his traditional Easter message, read from the balcony of the central loggia of the facade of the Basilica of San Pedro before the Urbi blessing et Orbi.

After celebrating Mass on Easter Sunday in Saint Peter’s Square before 50,000 people, the pope referred to the “incredulity” that we are experiencing with this “Easter of war”. Francisco lamented that after the pandemic it was time to go out together hand in hand. And he lamented: “However, we are showing that we still have in us the spirit of Cain, who looks at Abel not as a brother, but as a rival, and thinks of how to eliminate him.”

And his appeal was: “Let us let the peace of Christ enter our lives, our homes and our countries!”

“Let there be peace in the martyred Ukraine, so harshly tested by the violence and destruction of the cruel and senseless war into which it has been dragged. May a new dawn of hope soon dawn on this terrible night of suffering and death,” she said.

“Let peace be chosen. Let them stop making shows of force while people suffer, ”said Jorge Bergoglio, leaning out of the balcony where he presented himself to the world as pope on March 13, 2013.

And he begged: “Please, let’s not get used to war, let’s all commit ourselves to asking for peace with a powerful voice, from the balconies and in the streets.”

The pontiff also asked “so that those responsible for nations listen to the people’s cry for peace” and “that they listen to that disturbing question that scientists asked themselves almost sixty years ago: Are we going to put an end to the human race or should it resign? humanity to war?”, as read in the Rusell-Einsten manifesto of July 9, 1955 that the two scientists made to ask for disarmament in view of the nuclear danger derived from the Cold War.

The pontiff also mentioned “the numerous Ukrainian victims, the millions of refugees and internally displaced persons, the divided families, the elderly who have been left alone, the shattered lives and the devastated cities.”

As has happened since the beginning of the offensive, Francis once again avoided directly condemning Moscow for the invasion and the war crimes that accumulate daily, which has caused him to receive criticism from different sectors. 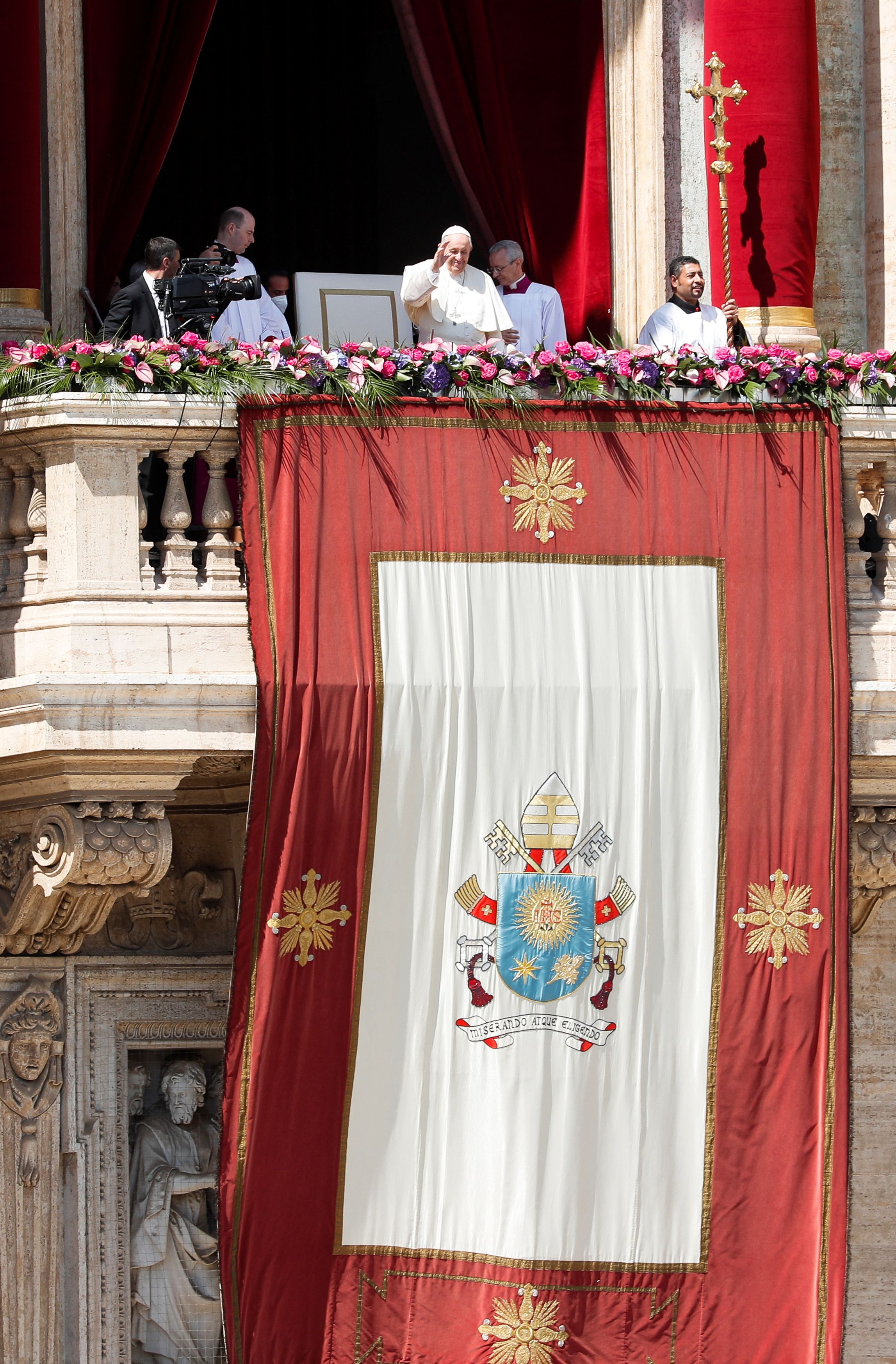 Francisco presided over the Holy Mass to celebrate the Resurrection of the Lord together with thousands of faithful gathered in Saint Peter’s Square.

The Eucharist began with the traditional rite of “Resurrexit” in which two deacons opened an ancient icon representing Christ and the Pope prayed before it and incensed it.

Francis then performed the rite of sprinkling the faithful with holy water.

As is customary on every Easter Sunday, after the readings the Easter sequence was sung, the proclamation of the Gospel was sung first in Latin and then in Greek and then he addressed his Easter Message.

Finally, he imparted the Blessing City and World from the central balcony of the façade of Saint Peter’s Basilica, which is adorned with two large images: one of Saint Michael the Archangel and the other of Saint Joseph. 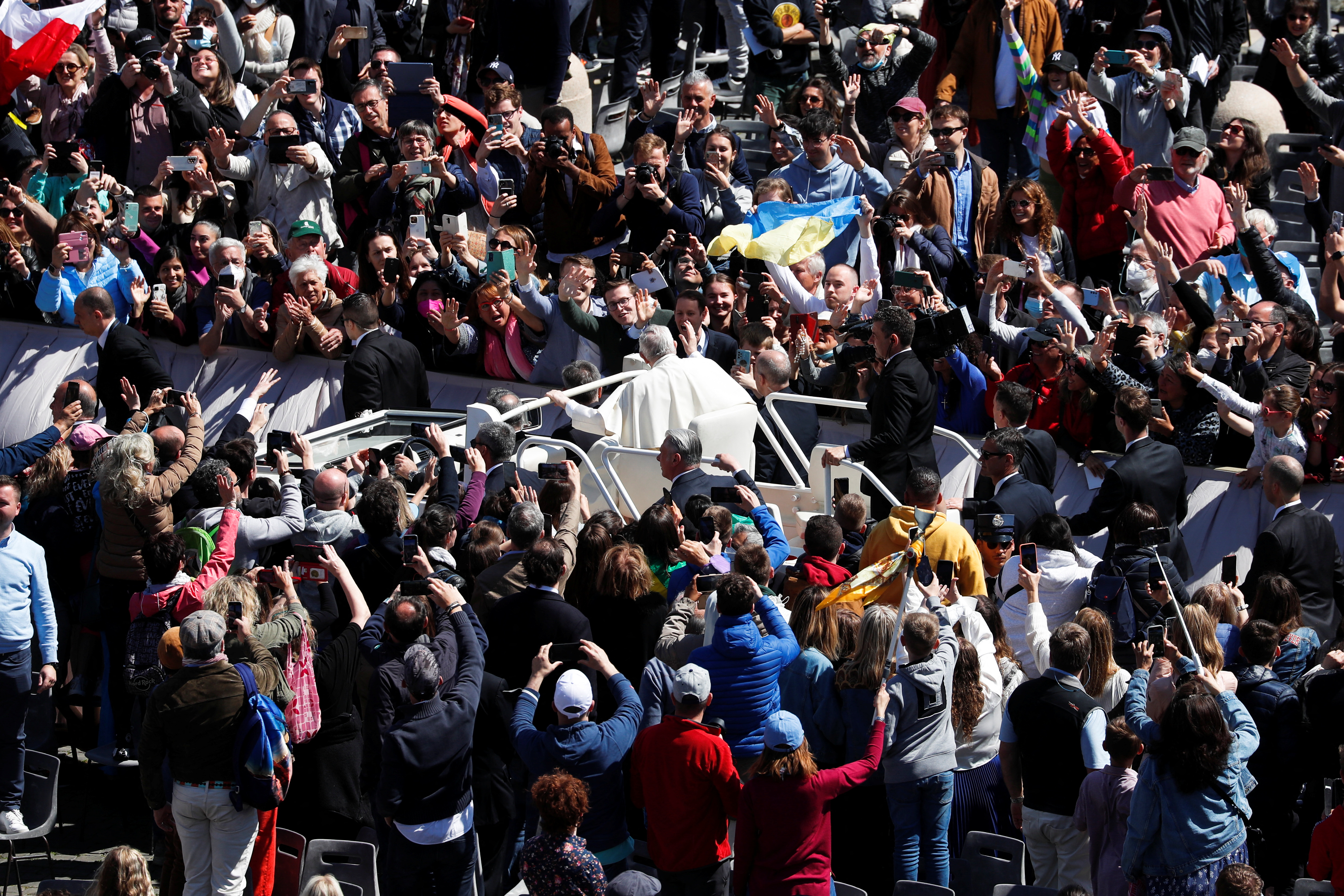 After readings in Spanish and French, the prayers of the faithful were pronounced in Chinese, German, English, Arabic and Ukrainian. In the prayer in Ukrainian, they prayed to the “Father of glory, who promises new heavens and a new earth, to grant our deceased brothers and sisters to participate in eternal Easter, with the Virgin Mary and all the saints.”

At the end of the Holy Mass in Latin, the Regina Coeli was sung.

Before traveling with the popemobile through St. Peter’s Square to bless the many faithful present in the square and on the Via de la Conciliación, some emotional impromptu greetings took place. First, a young man with Down syndrome approached the popemobile and got on to greet him, the Holy Father spoke briefly with him and gave him a Rosary. Then, a very moved woman with difficulty walking approached the Pope crying, she approached her sick teenage son, the Holy Father blessed them. 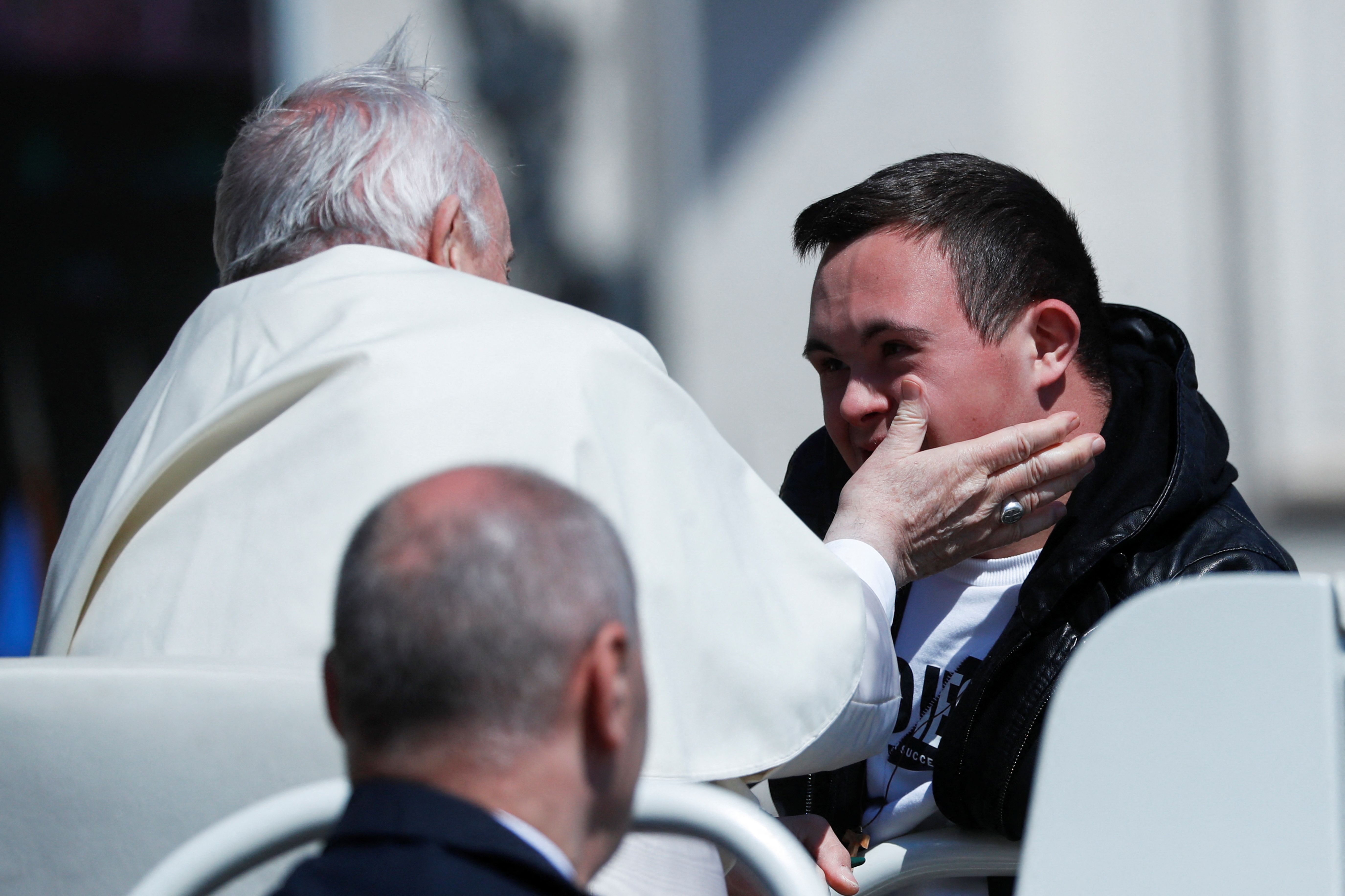 Pope Francis blesses a man with Down syndrome from his Popemobile, after celebrating Easter Mass in St. Peter’s Square at the Vatican, April 17, 2022. REUTERS/Yara Nardi

The Ukrainian mayor of Melitopol, who was kidnapped by Russian troops, witnessed the Easter vigil of Pope Francis in the VaticanResistance in Mariupol: a steel battle between blast furnaces and tunnels from the Soviet eraThe chilling story of Ivan Monastyrskyi, tortured, murdered and abandoned in BuchaWho is the Venezuelan commander of Ukraine