“In” The Voice “, we really see who I am”, announces Stephen Di Tordo 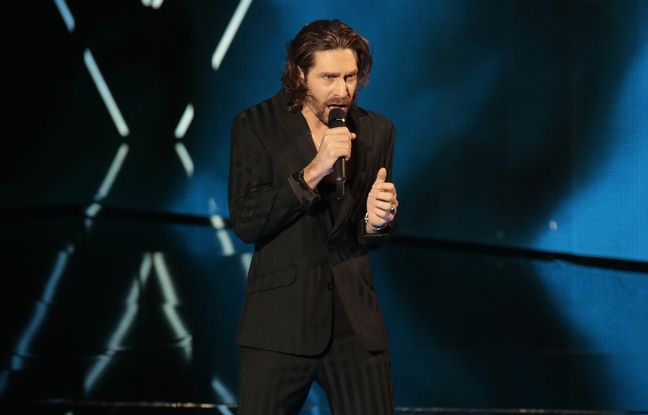 A few weeks ago, the Nice Stephen Di Tordo stood out at the blind auditions of The Voice. By sa reprise de Come as you are of Nirvana, which brought back two of the four jurors, Marc Lavoine, whom he ended up joining, and Florent Pagny. But also by Internet users who have divided into two camps: those who love it and those who hate it.

More than his gravelly voice, it is his “detestable” attitude that is commented on. He started his performance with a “Let’s fuck”, dropped his microphone at the end of his song and made several remarks which were not liked/understood, especially when he decided to choose Louis Bertignac’s team , who is no longer part of the show. But then, who is hiding behind what we think is “a character” and who will face Maestrina in the battles this Saturday evening on TF1?

A life filled with the arts

Originally from Nice, Stephen Di Tordo, 30, chose a career in the dramatic arts. First that of the theatre, through his training at the conservatory of Nice and at the Cours Florent which propelled him on stage for the Comédie Française in Paris then in Avignon. Then, for the small screen, as recently in the Franco-Belgian series Cheyenne and Lola.

But another of his passions is music. He also tries “to insert it” as soon as he can in the projects in which he plays to “mix all the arts”. He then decided to embark on the adventure The Voice after several requests from the casting director. “I felt it was the right time,” he confides to 20 Minutes . An experience that he sees as “the icing on the cake” or even as “a very beautiful gold ingot” for his professional life.

“I am satisfied with the assembly of the production”

When he arrives at these blind auditions, he wants to live this moment “to the full”. “I said to myself that I was going there, that I would do a one shot. Whether or not a juror turns around, I had the idea of ​​leaving in any case, he explains. I had to offer all that I was. It’s part of the show for me. To be in this state of mind, it freed me from the goal of the competition. And I was in the performance, my only goal was to reach the public, which is more difficult in this configuration since it is viewers who were going to see this passage later. »

The Niçois then returns to the comments of this evening, broadcast on March 26 on TF1. “In the end, I was very satisfied with the editing of the production because I was very free. I am shown as I am. That is to say, with this mischievous trait and all these “sides”, from the game to the sweetness of humor. This is all me. Which means that when I sing, when I live this moment on stage, I go all the way. And letting go of the microphone is part of my rock star influences, artistic gestures that marked me. It was both controlled but very spontaneous. »

He then promises that viewers will be able to continue “to discover who he really is on the show”. The artist adds: “I offer total art, with a lot of freedom. That’s also its goal, either it excites or it frightens. The craziest thing is that this story has gone around the world. Articles have been written in the United States, in Argentina. But there is a very beautiful finality, I had fervent defenders, without asking anything. »

The “a bit rebellious” Niçois as he calls himself, will continue in “any case” the musical adventure. And very soon in a play, Célestez-moi, co-produced by the National Theater of Nice. “We can even find compositions and covers of me”, specifies the artist. The piece will be shown in the new Iconic venue in January 2023. He is also preparing an EP.

Three other Azurians, Élise Allasia, Ofé and Mary Milton, also fight in song. Will one or one of them reach the “cross battles” of season 11 of The Voice? Answer tonight!