The comeback is “forgotten” for Trapp after the exploit in Barcelona 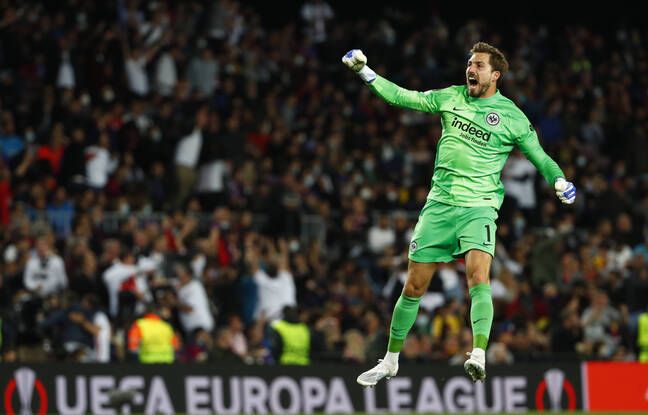 It was stronger than him. So strong that Kevin Trapp did not even wait for the journalist’s question to talk about it, just after the victory and qualification of Eintracht Frankfurt on the lawn of FC Barcelona. The same where he had lived through the hell of the comeback with PSG. “Yes, what I had experienced here in 2017 is well forgotten now”.

Unlike five years ago, Trapp did not concede an entry goal, it is even quite the opposite. The Catalans gave in immediately on a penalty conceded in the 4th minute after a collision between Eric Garcia and Jesper Lindstrom and transformed by Filip Kostic, then a second time at half an hour of play on a sublime long shot signed Rafael Santos Borré (36th), before seeing their last hopes fly away on a cross shot from Kostic, for the double (67th).

Frankfurt-West Ham in the semis

The fine goal of Blaugrana captain Sergio Busquets, at the very end of the match (90th + 1) and the penalty converted by Memphis Depay after additional time (90th + 10), will have given only a vain and brief hope to the Catalans . France of football was expecting a half OL-Barça, it will finally be Frankfurt-West Ham. Holy football.