“I think the guilt expressed by Salah Abdeslam was sincere” 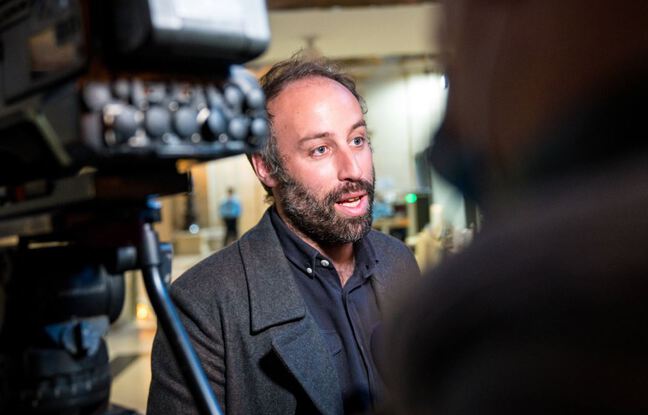 His hearing, Wednesday, was to last only part of the afternoon and relate only to “after” November 13. But Salah Abdeslam, after having asserted his right to silence at the end of March, finally decided to seize this last interrogation to deliver his truth on his role in these terrorist attacks. This Friday, he was questioned for the third consecutive day, by his lawyers this time. “We cannot say that the defendants did not have a fair trial, with time to express themselves”, welcomed 20 Minutes Arthur Dénouveaux, survivor of the Bataclan and president of the association of victims Life for Paris. Interview.

The fact that Salah Abdeslam has finally decided to speak, to deliver his truth, is that a relief for you?

Obviously there was a wait. Already, during the last interrogation, when the lawyer Claire Josserand-Schmidt managed to get him to speak when he had remained silent all afternoon, this was a relief for many of us. In general, we are on the lookout for anything that would allow us to understand what could have happened that evening, how we got there. As such, the interrogations of Salah Abdeslam, who was in the commandos, but also of Mohamed Abrini, who went as far as Paris, are particularly followed because we know that they hold a certain number of elements.

Precisely, do you believe in his version of the facts – in this case, that he gave up operating his belt in a café in the 18th arrondissement of Paris?

It’s very hard to form an opinion. I do not rule out the fact that there may be some truth in what Salah Abdeslam has told us in recent days. If you try to put yourself in his place – I know it may seem strange – you can understand that when you have an explosive belt on you, you give up at the last moment, without really knowing why. And even if the belt was defective, as the expertise showed, it could have been triggered otherwise [grâce à un briquet]. But he didn’t. So inevitably, there is a part of renunciation. Afterwards, there are multiple inconsistencies in his speech. The fact that it has a double mission [conduire trois des terroristes au Stade de France puis aller commettre une attaque suicide] or that he is unable to deliver the slightest detail on the bar of the 18th in which he was to blow himself up, for example.

The fact that he claims to have given up on blowing himself up, does it change the way you look at him? Does that make him more human?

More humane, no, since I have always considered him – him and the other defendants for that matter – that way. And when you spend time at the trial, there is no doubt that they have human behavior, they are afraid before their interrogations, they get annoyed, they even argue. On the other hand, this renunciation, if it is true, makes him return to civilization, that would mean that he belongs to society. In the long term, when the question of his conditional release arises, this could have an impact.

From these new elements does not emerge any certainty. Is it hard to live?

This vagueness raises a number of questions. We know that there are true things and other false ones, it is not always easy to sort them out. As soon as an accused says something new, it opens doors. We are in a form of paradox: when they remain silent, it is difficult to live with because we are waiting for answers, but when they speak, it does not solve anything in the end. Because even if they were to provide all the answers, to explain themselves, that wouldn’t ease the pain, wouldn’t allay the fears. It doesn’t take anything away from what we’ve been through. This is not the purpose of a criminal trial, and it must be kept in mind. The accused are not there to provide us with answers or help us rebuild ourselves. We did a lot of preparatory work on this with our members, it must be much more difficult for the civil parties who are not accompanied.

On Wednesday, during his interrogation, Salah Abdeslam said he had given up blowing himself up “out of humanity”. Thursday, in response to some civil party lawyers, he said that the victims “came out stronger” from these ordeals, he asked them not to let “resentment” “devour” them. Several civil parties left the room at that time. How did you experience it?

When he says “I gave up out of humanity”, I can hear it, because he’s talking about himself. What’s harder is when he talks about us, victims. When he says, “don’t be resentful”, that we came out of it stronger, it’s not possible. First, it is not necessarily true – if only for all the bereaved – but, moreover, it is not for him to say.

This Friday, Salah Abdeslam ended in tears, asking for forgiveness from the victims. How did you experience this moment?

I think the guilt he expressed was sincere and he understands he has a way to go to make amends. However, I think he is wrong: it is his forgiveness that he must find, forgive himself for what he has done. On the other hand, I don’t think he’s repented of his ideology. When he was questioned about the Bataclan attack, he, for example, refused to comment. We do not doubt his radicalization. It may be simpler, it probably avoids asking a multitude of questions.