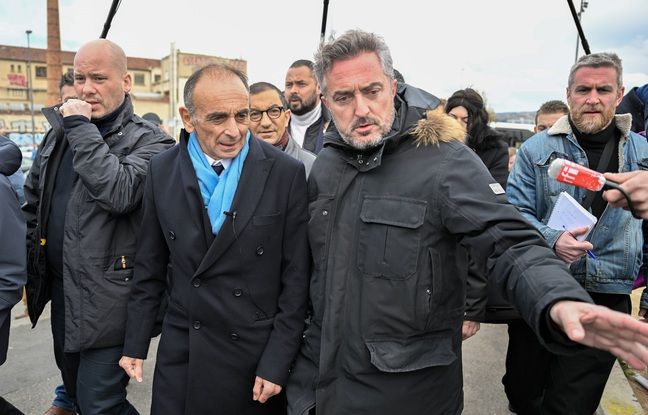 Remember, it was in the heart of winter, at the time of an election campaign that was struggling to warm up. In the wake of Marseille senator Stéphane Ravier, several members and elected members of the National Rally announced that they would join Éric Zemmour, who had just declared his candidacy. Defections in series while the candidate of Reconquest!, given a handful of points behind Marine Le Pen, had the wind of the polls in the back. On the evening of April 10, the reality at the polls was quite different. Why regret this choice?

“No regrets,” says Sophie Grech, elected to the metropolis and the region under the banner of the RN. It was even she who had set fire to the powder of the “national camp” in Marseille by announcing to give her sponsorship Eric Zemmour. A form of support that had not passed at all and had resulted in his exclusion from the party. Following this incident, it was the now ex-strongman of the RN in Marseille, Stéphane Ravier, who had slammed the door and joined the former polemicist. “I followed my beliefs. Marine Le Pen said we were leaving for the squares, but no. It was we who took the risk”, continues Sophie Grech who hopes to be the Reconquest candidate! in the legislative elections for the 1st district of Marseille. Stéphane Ravier also “absolutely does not regret his choice of conviction” and projects: “Marine Le Pen does not think she needs anyone, but to govern, you have to know how to bring people together, especially in the legislative elections”. The senator will however vote “without hesitation against Macron and for Marine Le Pen” on April 24.

Same story with Antoine Baudino, Stéphane Ravier’s parliamentary attaché: “There are no regrets. And in this case, if we add the voices of Marine Le Pen and Eric Zemmour, we have achieved not a subtraction, but an addition. And if its candidate called for Marine Le Pen to vote and thus held out her hand, it is clear that Marine Le Pen did not take it. “But in Marseille, Marine Le Pen lost 14,000 votes compared to 2017,” counted Antoine Baudino. “Maybe she should be worried about that. “Nearly a third of our voters played the game of useful voting and voted Marine Le Pen”, estimates Stéphane Ravier, who invites the candidate RN “with less contempt”.

Still, on the side of the National Rally, the qualification for the second round of the presidential election in the pocket, we are a good player. “Some high-level executives have this choice, and as far as I know, he assumes it. But we thought from the beginning that it was not good. This is a personal adventure that had no impact on us or on Eric Zemmour. I have no animosity towards these people and take a very neutral look at them, ”comments Laurent Jacobelli, spokesperson for the presidential candidate still in the running.

“Marine Le Pen only thinks of cutting off heads”

If, for Antoine Baudino, “political time is that of the presidential election” and “of a president to beat”, the ball is in Marine Le Pen’s court. “Eric Zemmour was very clear, it’s up to Marine Le Pen to give a sign. Sophie Grech expects the same. “There could be discussions, but the communication is broken. Marine Le Pen’s attitude puzzles me. We have always regretted having the dumbest right in the world which always refused to ally with us, and Marine Le Pen is reproducing the same thing. Eric Zemmour has held out his hand, if Marine Le Pen does not take it…” Stéphane Ravier goes further and regrets the “closed” attitude of a “Marine Le Pen intoxicated by victory” and who “only thinks of chop off heads. This attitude of contempt and rejection can be perceived as revenge, far from the national interest. There, they all see each other as ministers, we will see the evening of April 24th. »

But even the prospect of legislative elections does not announce any warming between the two camps. “We will present 577 candidates”, slice Laurent Jacobelli. So much for the current positions, and even if in politics the water flows quickly under the bridges, the RN seems determined to leave only the crumbs to its defectors, and again. So the members of Reconquest! look to the future and future electoral deadlines.