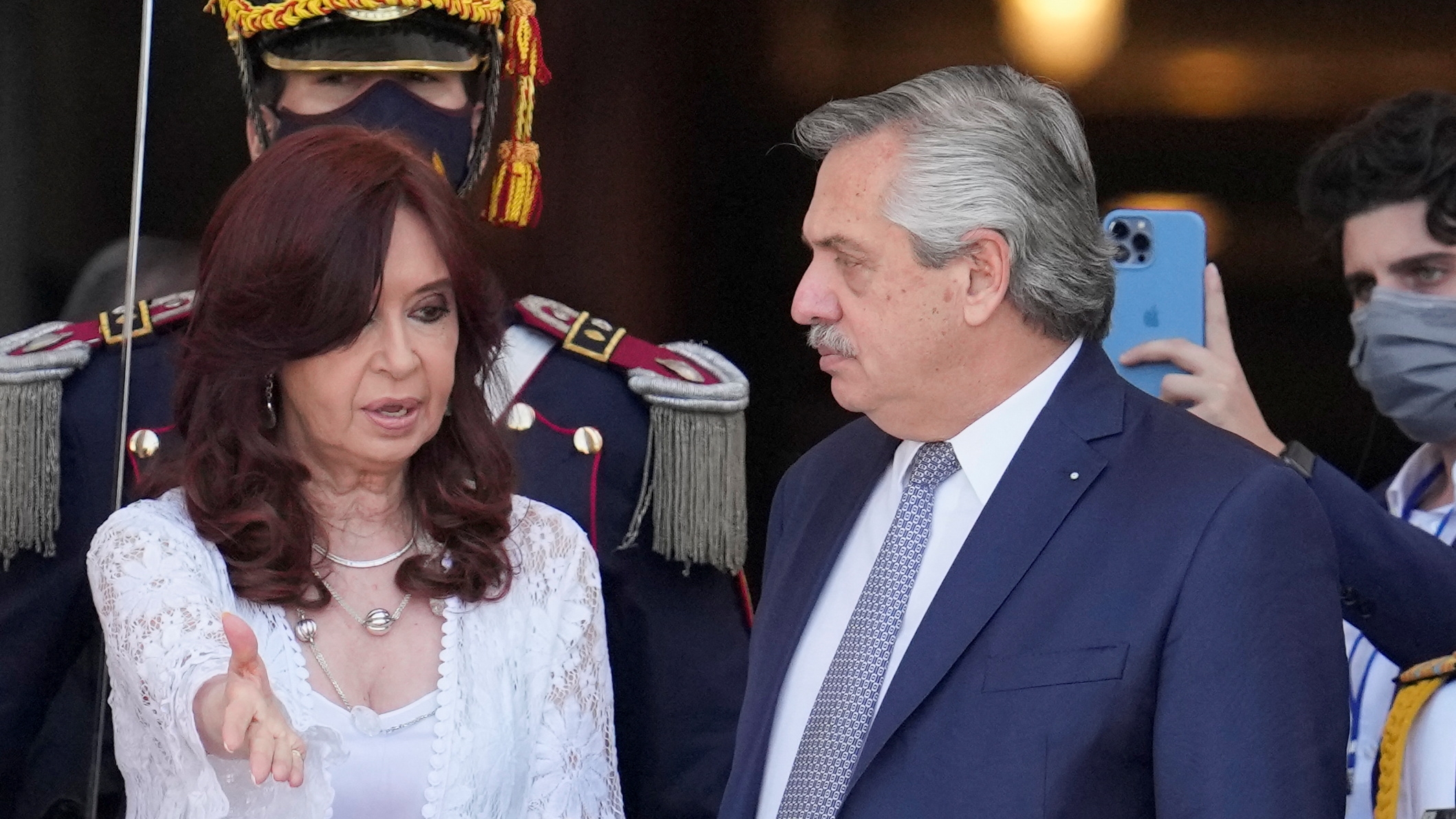 In case Alberto Fernández lacked internal fronts within the tense government space, the “multisectoral committee to prioritize the internal debt and investigate the external debt” was presented to society. The initiative, which was in formation before the agreement that the Minister of Economy, Martín Guzmán, sealed with the International Monetary Fund (IMF), and which was conceived at the Patria Institute, that is, from Kirchnerist sectors, was announced today, after the words of the official harshly questioned by Kirchnerism. “We will manage with people aligned with the economic program,” said Guzmán after the support he received from the President.

The document, which anticipates possible manifestations of repudiation of IMF officials who will arrive in the country every three months to supervise fiscal accounts and who “will seek to make visible the multiple internal debts that the Argentine State maintains with its only true creditor: the people”, it is signed by one hundred representatives of culture, science, social movements, communication, trade unionism and justice.

Among them are names that are clearly critical of the Fernández government, picketers who camped on 9 de Julio avenue, members of social movements close to Christianity, and members of the CGT who often question the head of state. But also officials or former officials of the current administration. 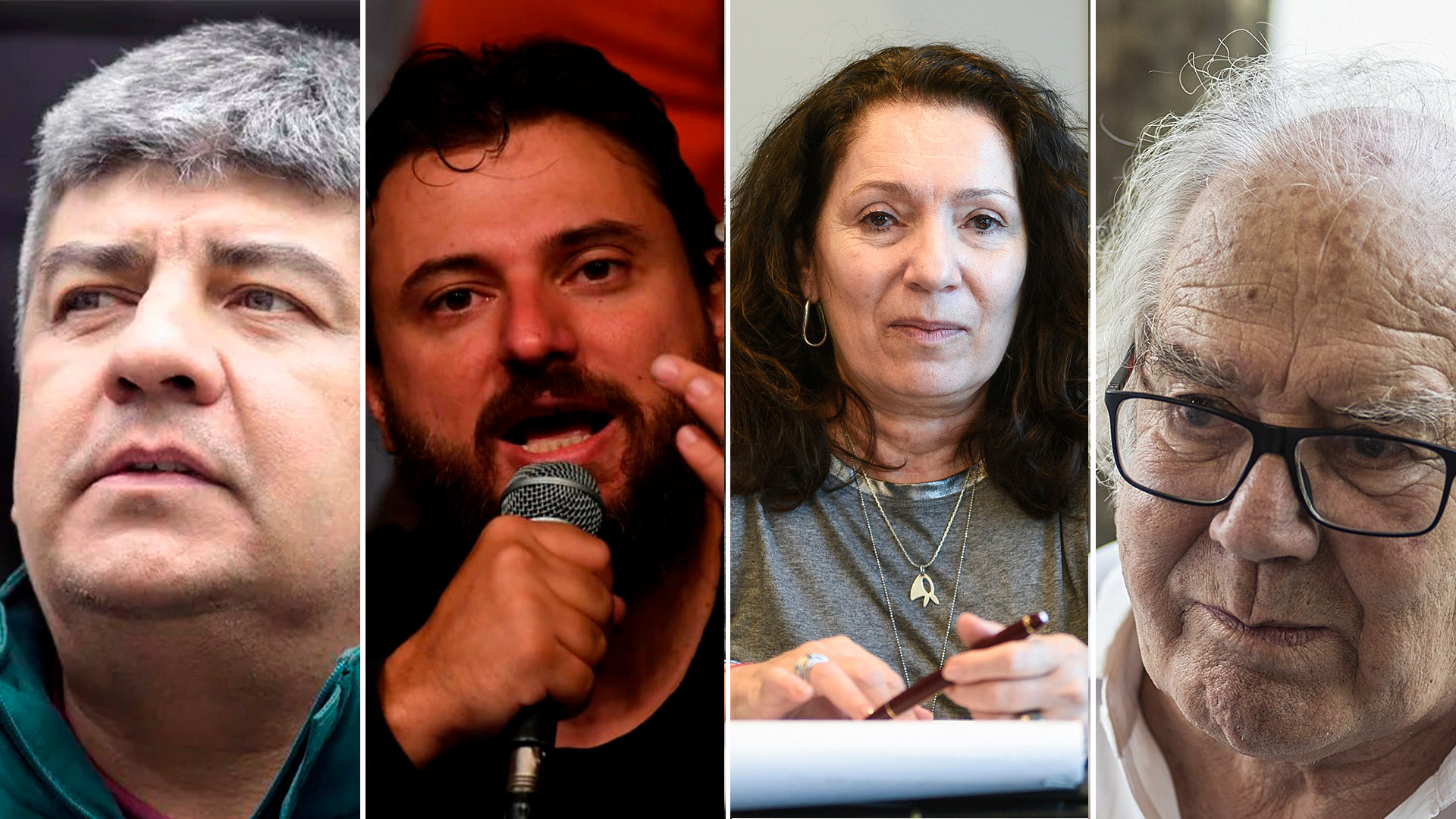 Among others, the following stand out: Pablo Moyano, one of the three general secretaries of the CGT; Juan Grabois, leader of the Movement of Excluded Workers and the Front Patria Grande; Sabina Frederic, the former Minister of Security of Alberto Fernández and current president of the White Helmets; Roberto Salvarezza, former Minister of Science, Technology and Innovation; Adolfo Pérez Esquivel, Nobel Peace Prize; Norma Morales, leader of Somos Barrios de Pie, one of the popular movements, such as the MTE, that are part of the Frente de Todos; Omar Plaini, Secretary of Economic and Social Policies CGT; Orlando Carriqueo, member of the Mapuche Tehuelche Parliament, Río Negro; Cachorro Godoy, Secretary General of ATE; Cristina Caamaño, current comptroller of the Federal Intelligence Agency (AFI) and Secretary of Security during the presidency of Cristina Kirchner; Dina Sánchez, Deputy Secretary General of the Union of Workers of the Popular Economy (UTEP); and among others, Roberto Baradel, general secretary of SUTEBA and Julio Piumato, general secretary of the Judicial Union.

The document that was released, and to which Infobae accessed, reinforces the main concepts that the deputy Máximo Kirchner already made public when he voted against the agreement with the IMF and questioned the “business profit at the expense of the social welfare of the workers”. 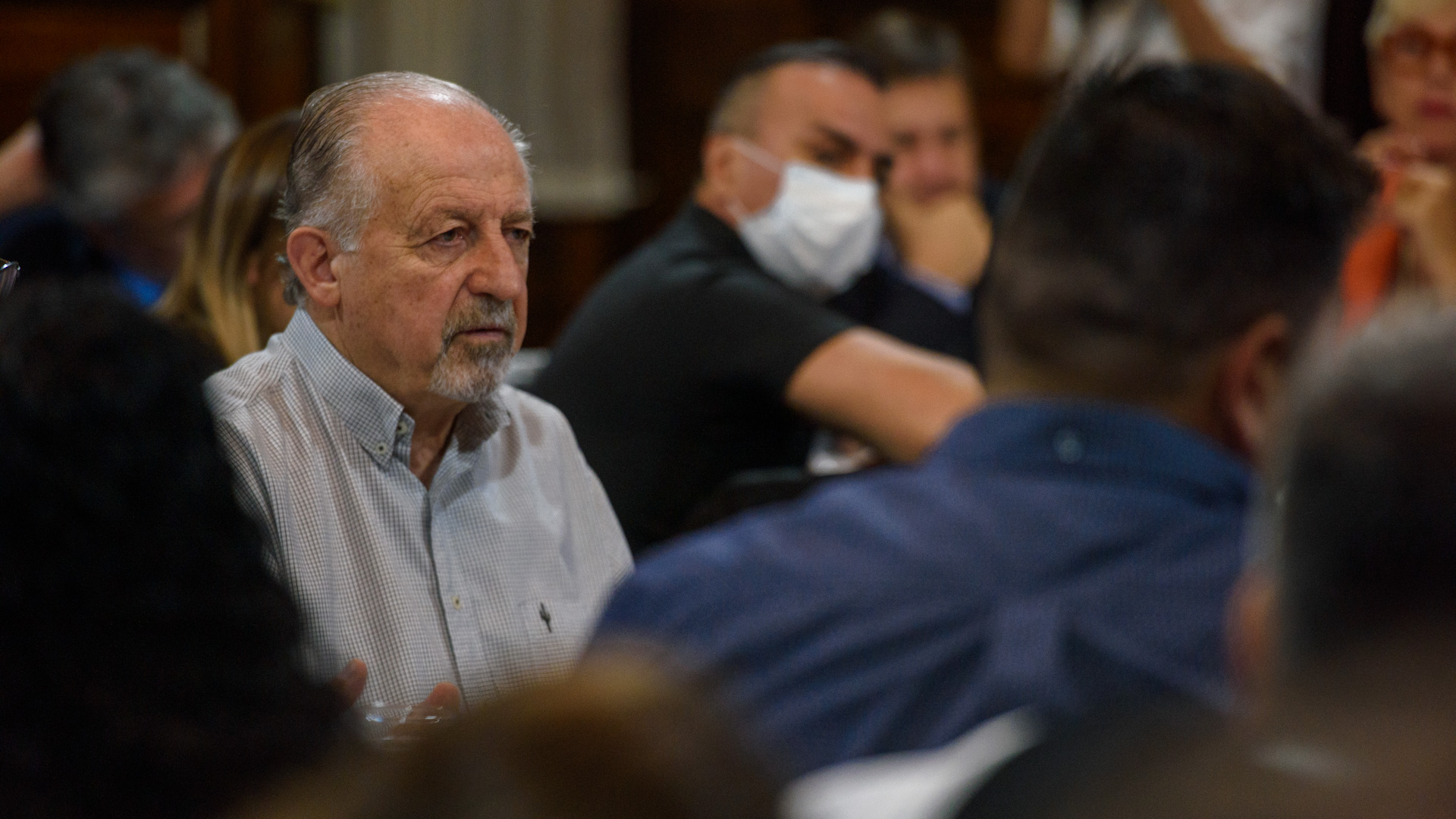 The trade unionist Hugo Yasky, a man linked to Cristina Kirchner, is also a member of the Committee that will expose the “internal debts” of the Government

The three-page text was presented this morning to the head of the Frente de Todos caucus in the upper house, Kirchnerist senator José Mayans. The Formosan is the president of the Permanent Bicameral Commission for Follow-up and Control of the Management of Contracting and Payment of the Nation’s Foreign Debt. It was in this capacity that the members of the new organization requested an audience.

In the letter, the members of the populous investigative committee state: “The wage share in the Gross Added Value (GVA) went from 51% to 42.7% between 2016 and 2021. Business profits have profited from inflation at the expense of well-being workers: cumulatively between 2016-2021, the wage bill in the economy grew 335%, while prices grew 474% and business profits 523%”.

Repudiation of the IMF

The third point of the document that seems to point against several of the economic policies deployed by Guzmán and Fernández, highlights, without half measures: “We express our rejection of any supervision over the exercise of national sovereignty by organizations that do not serve the peoples. . Without prejudice to the possible repudiation actions carried out by the organizations that make up this Committee against the so-called ‘quarterly audits’, the Committee as a whole will put special focus on preventing the pressure of the debtor entity from being detrimental to public policies that benefit the great majorities”.

“We believe that ‘quarterly reviews’ should be carried out on human development policies aimed at settling the internal debt, for which we will carry out a quarterly publication on the main axes of this debt,” they anticipated. With this they suggest that they will expose the shortcomings of the Government itself.

In the fourth point of the letter they warn: “The Committee as a whole will seek that the people not pay a single peso of the debt and much less the social crisis that it brings, but rather on those who benefited from the process of indebtedness and capital flight. capitals that enabled and promoted the then government of Mauricio Macri. 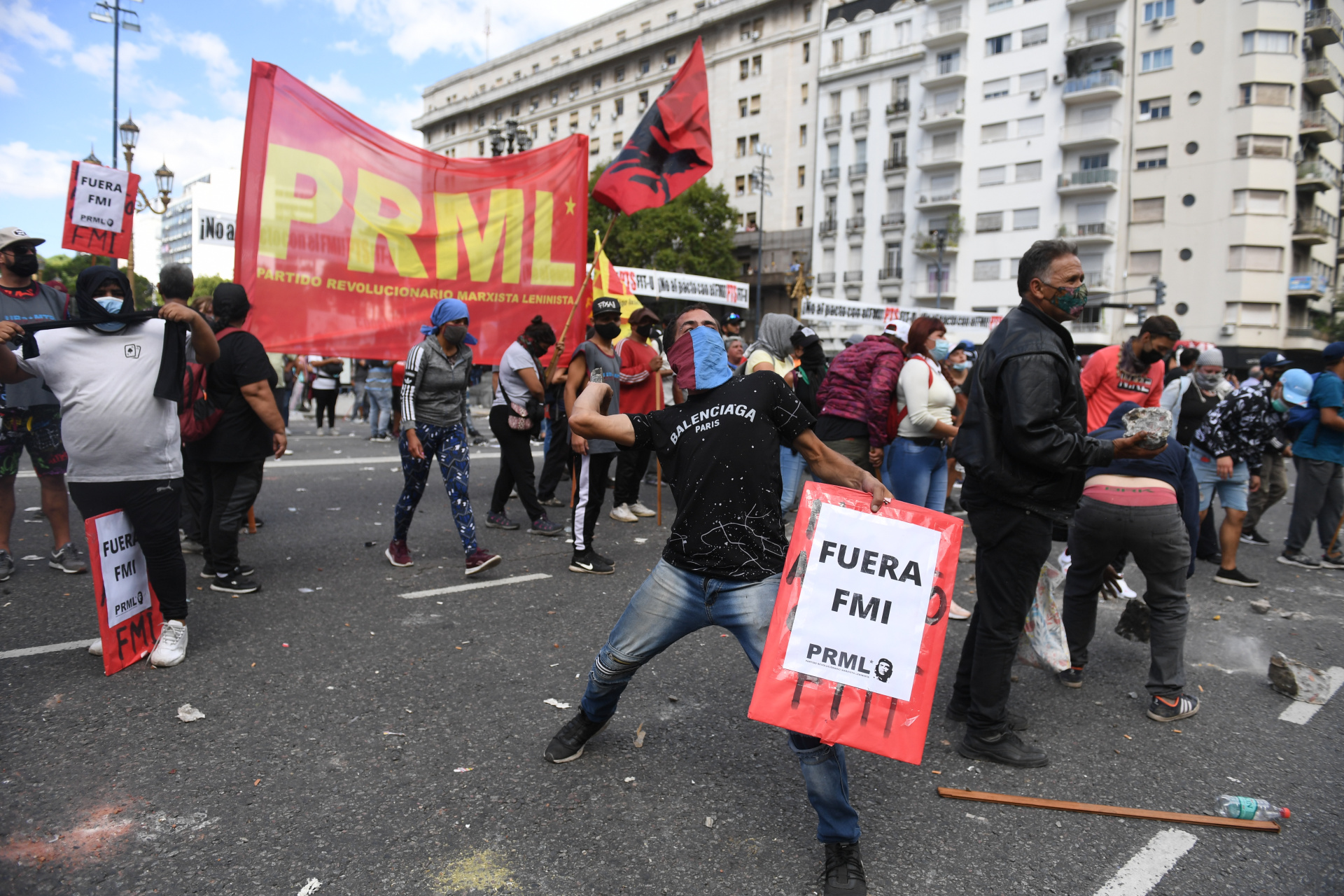 In this sense, the so-called Investigative Committee supports proposals such as the “special emergency contribution to tax those who keep millionaire funds hidden abroad through which they evade their obligations with the treasury, or other contributing mechanisms.”

The organization declares that it also “supports the initiative to lift banking secrecy to find out what really happened with the funds that entered our country as debt” and for them they believe that it is necessary “popular participation in the processes of investigation, justice and reparation”.

The inequities that coexist in the country, say the signatories, “only benefit large businessmen with interests that are not national, since the SME sectors continue to suffer unfair conditions against large corporations that prevent the full deployment of their potential.”

It is the same movement that camped out together with the Polo Obrero and other leftist organizations on 9 de Julio Avenue for 48 hours demanding the opening of social programs, such as Empower Work; and that tomorrow they will march throughout the country because until now they have not reached an agreement with Juan Zabaleta, the Minister of Social Development. 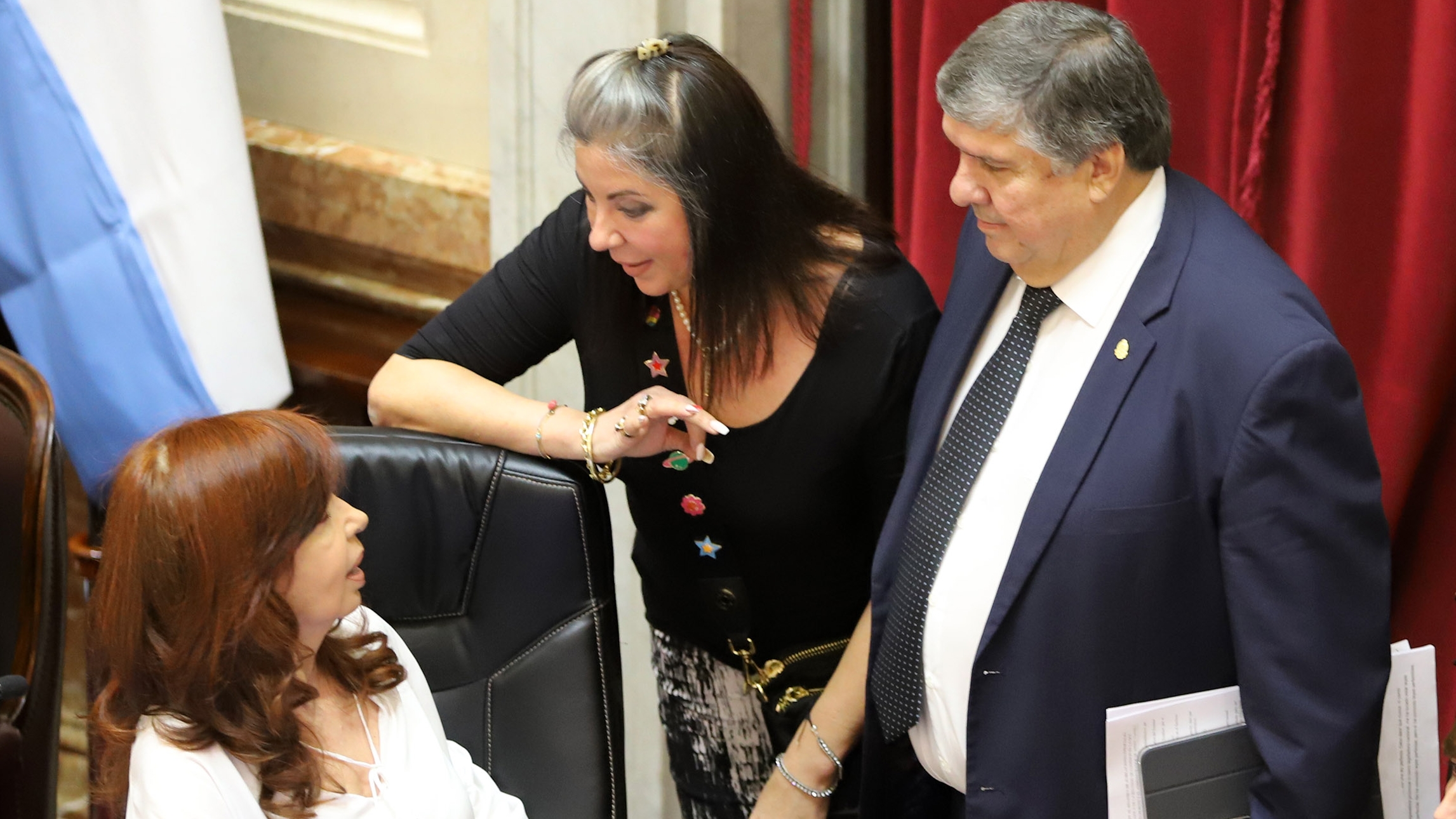 Senator José Mayans, head of the ruling caucus in the Upper House, will receive the commission that also demands to investigate the external debt contracted during the administration of Mauricio Macri (NA)

The one hundred referents that are part of the Committee have as their objective, as explained, “To make the debt with the people visible and promote investigation, denunciation, and social reparation actions regarding the debt with the International Monetary Fund.”

The request for a hearing with Senator Mayans is the Committee’s first action “to express its concern over the meager progress in the investigation of responsibilities for the debt contracted against the people and consequent capital flight” and for “the social crisis closely associated to these processes of illegitimate indebtedness whose weight always falls on the popular majorities”.

The letter details that the main challenge of the Committee is to make visible the multiple internal debts: poverty, drop in wages, housing deficit, lack of access to land, destruction of the environment, among others; and promote public policies for land, shelter, work, health, education, care for the environment and common goods, “accompanied by a budget commitment.”

That is to say, such is clear from the document, debts that until now the government of the Front of All maintains with the most vulnerable sectors.