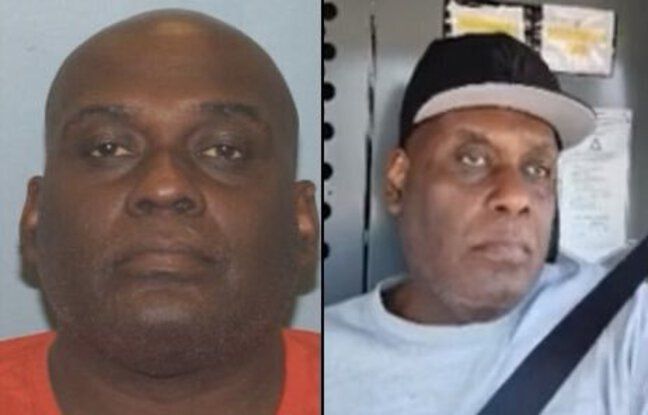 A vast manhunt continued on Tuesday evening. New York police (NYPD) set off on Tuesday after a man wearing a gas mask who caused chaos on the subway during the morning rush hour by setting off two smoke devices before driving off. open fire, injuring 23, ten of whom were shot. Authorities have identified a “person of interest,” Frank James, a 62-year-old African American, suspected of renting an abandoned van linked to the shooting in Brooklyn. The NYPD, however, did not go so far as to label him a suspect.

The suspect was described by police as “a black male” about 1.65m tall, “heavy build”, and wearing a “green and orange construction vest” and a gray hoodie. At the scene, the investigators found a handgun and three magazines, as well as a vehicle key which allowed them to go back to a van from the American rental company U-Haul, recently rented and abandoned in Brooklyn.

Police released two photos, including a screenshot from a YouTube channel that appears to belong to Frank James, under the pseudonym prophetoftruth88. In three years, he has published nearly 400 videos, a mixture of personal rants and grievances against society and racial inequality.

In a clip released March 1, he lashed out at New York City’s new mayor, Eric Adams, accusing him of not helping the homeless enough. In a profane tirade, he mocked the city councilor’s fight against the outbreak of violence, assuring that it was easy to carry out an attack in the metro, and that he could get away with it despite the presence of agents of security.

On March 10, Bronx native Frank James filmed himself driving a rental truck after driving from Wisconsin to Philadelphia. That’s where he rented a van from U-Haul. Eric Adams said a failure of the metro station’s CCTV cameras was complicating the investigators’ mission.

Violence on the rise

Elected in November on promises of security, the Democratic mayor and former police officer Eric Adams had launched in January a plan to fight against the proliferation of firearms, after the death of two police officers shot dead during an intervention.

For the first quarter of 2022, the number of shootings and shootings in New York increased by 260 to 296 compared to the same period of 2021, according to police figures released last week.