We decipher the historic breakthrough of the far right in Paris 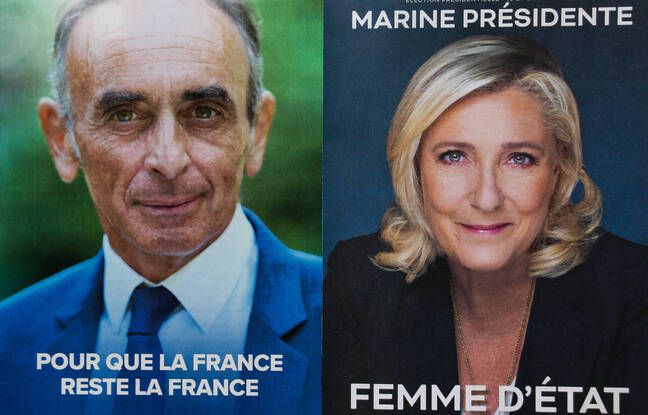 The slap of Anne Hidalgo and that of Valérie Pécresse ousted another surprise from this first round of the presidential elections in Paris: the breakthrough of the far right, at a level never reached so far, due to the score of Eric Zemmour. In the capital, the Reconquest candidate! obtains 8% (he takes third place) and Marine Le Pen 5.5%.

In 2017, Marine Le Pen had made less than 5% and Nicolas Dupont-Aignan, less than 2%. The combined votes of Eric Zemmour and Marine Le Pen therefore double the score for the far right compared to 2017. Above all, Eric Zemmour scores higher in Paris than at the national level, where he only receives 7 % of votes cast and fourth place. Why did Paris, a city traditionally hostile to the far right, place Eric Zemmour in the top three?

A certain bourgeoisie has found its champion

It is undoubtedly because the literate polemicist has an image and a program that appeals to the “CSP +”, these wealthy classes with which the capital abounds, analyzes Nicolas Lebourg, specialist in the far right and researcher at the University of Montpellier . “If the Parisians did not vote Marine Le Pen it was not because they were all anti-racist: there is a bourgeoisie which does not like the multicultural and multi-ethnic society but which rejected the economic program of Marine Le Pen and its personality. There they had their champion: economically liberal, morally conservative, Islamophobic and anti-immigrant. »

Eric Zemmour also obtains a particularly high score in the most affluent districts of the capital, where an affluent electorate lives. It obtains 11% in the 6th and 17th, 14% and 15% in the 7th and 8th arrondissements and above all 17% in the 16th. “Eric Zemmour is the candidate of the ultra-rich: for example, he has always said he is against the ISF. He advocated the establishment of a fixed rate of taxation”, explains Charly Salkazanov, author of the very recent The pyre of the vain – A literary autopsy by Éric Zemmour. “When you are a business manager, you have no appetite for retirement at 62, as advocated by Marine Le Pen, who is also considering nationalizations”, adds Jean-Yves Camus, specialist in extreme right and co-director of theObservatory of political radicalism of the Jean-Jaurès Foundation.

Zemmour second in the 16th

The 16th arrondissement, where the Reconquest candidate! comes in second place, far ahead of Pécresse (14%), deserves some clarification on its own. “It is a neighborhood that is home to many opponents of marriage for all, in particular activists from Common Sense, the movement wanting to repeal this law. Zemmour often addresses these voters, whom he considers denigrated by the press. The latter saw in him the candidate capable of restoring their honor, ”explains the author of Le Bûcher du vaniteux.

And why these voters did not prefer Marine Le Pen, who herself considered for a while to abolish marriage for all? “Marine Le Pen is not from their world. It’s something I’ve heard very often, especially in the 16th arrondissement,” explains Jean-Yves Camus.

Conversely, Eric Zemmour does less well than his national score in the poorer districts. “Clearly, the working classes did not like Zemmour”, analyzes Nicolas Lebourg. “He may oppose the ‘people’ to the ‘elites’, if we rely on the results in Paris, he seduces above all a bourgeois electorate”, adds Charly Salkazanov.

Discover the results of the 2022 presidential election by city, department and region on 20 Minutes.