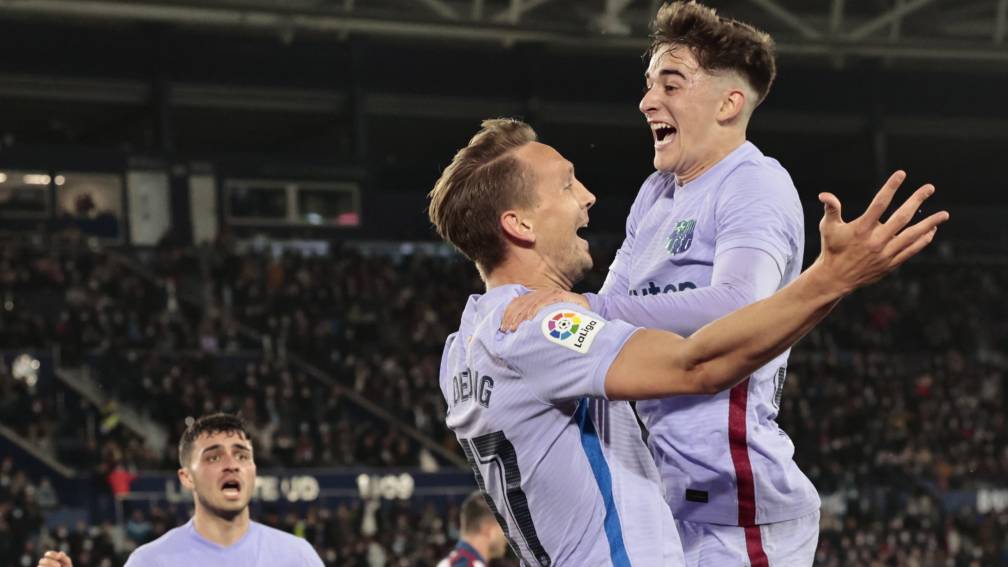 Barcelona has escaped loss of points in injury time visiting low-flyer Levante. Against the number nineteen of La Liga, the Catalans seemed to be heading for 2-2, but that was not counted on Luuk de Jong. The supersub came in the lines six minutes before the end and headed his team to the win in extra time.

As a result, Barcelona maintains in second place at twelve points from leader Real Madrid, but with a match credit.

The difference in the ranking – Levante is penultimate – was barely noticeable on the field. Levante had the biggest chances in the first half and it was a small miracle that it remained 0-0. The agile José Luis Morales in particular was a scourge for the Barcelona defence. After 26 minutes he cut through the defense and appeared to score, but goalkeeper Marc ter Stegen saved.

The second half was a penalty half. Levante got no fewer than three. Son, Levante’s left back, ran into Dani Alves’ arm and referee José Munuera pointed to the spot to everyone’s surprise. Morales gratefully took advantage of the opportunity.

A few minutes later Roger Martí headed into Garcia’s hand and again the referee was relentless. Martí went behind it himself, but Ter Stegen now chose the right angle. An expensive miss as it turned out. Within ten minutes, Barcelona had reversed the deficit via hits from Pierre-Emerick Aubameyang and substitute Pedri.