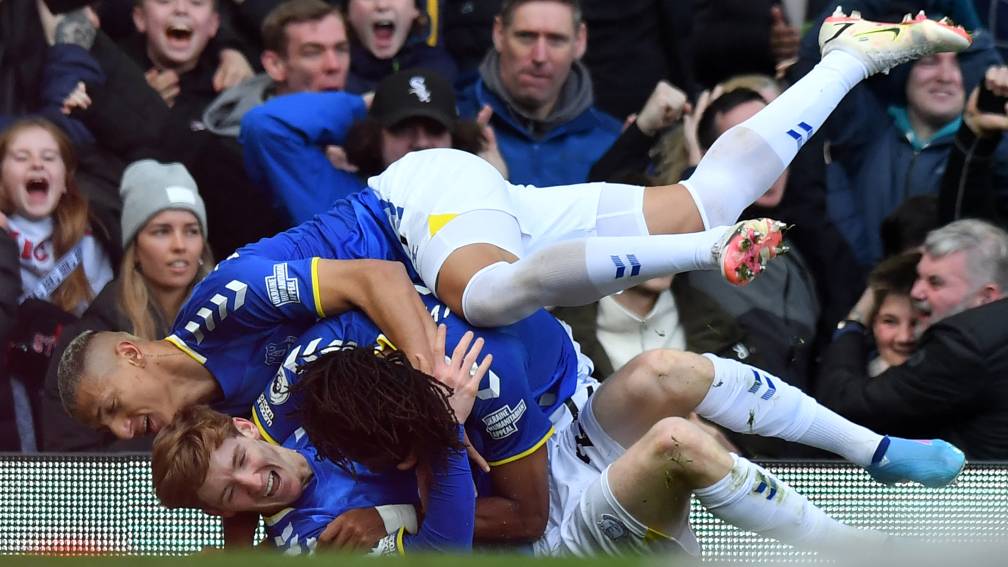 To the relief of all blue football hearts in Liverpool, Everton defeated Manchester United 1-0 on Saturday afternoon. Anthony Gordon scored the only goal and gave the number seventeen in the Premier League three much-needed points in the battle against relegation.

Relegation worries have increased at the club in recent weeks, especially after competitor Burnley defeated Frank Lampard’s team 3-2 last Wednesday and narrowed the deficit to one point. Everton has played continuously at the highest level in England since 1954.

In the first half there was little to enjoy at Goodison Park. Both sides barely managed to keep the ball in the team and seemed to be under high tension. With the first best shot on target, Everton was right with it. An attempt by Gordon changed direction via the side of Harry Maguire and whizzed past the suddenly hopeless David De Gea.

The lead gave the home team energy. There was a fight for every meter against the weak Manchester United, which with stars such as Cristiano Ronaldo, Jadon Sancho, Bruno Fernandes and Marcus Rashford could not break the defense of The Toffees.

Check out the Premier League standings below: