Does the WHO advocate “unconditional abortion up to nine months”? 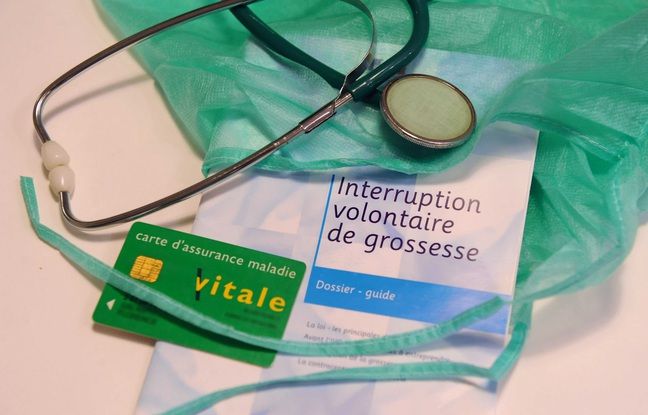 “Nearly all deaths and injuries that result from unsafe abortion are entirely preventable,” noted the World Health Organization (WHO) on March 9, presenting a new set of recommendations, based on several studies, aimed at promoting access to abortion worldwide. A document which was notably taken up by the France Soir blog, which titled on March 29, “unconditional abortion up to nine months recommended by the WHO”.

This article from the online blog, which campaigns in particular for taking hydroxychloroquine to fight against Covid-19, has been shared more than 2,500 times on Facebook, according to the Crowdtangle tool. This article has also been share by Jérôme Rivière, MEP and spokesperson for Eric Zemmour, as spotted him LCI.

The WHO would also recommend a limitation of the rights of health professionals to refuse to perform abortions for reasons of conscience or “to stop requiring that women need the approval of a doctor or a nurse to have an abortion. “. These claims had already been formulated a few days earlier in the British newspaper The Mail on Sunday, belonging to the same group as the Daily Mail.

Based on studies, the WHO recommended to lift the time limits for terminating a pregnancy, as these delay access to abortion or have consequences for women’s health. The international organization notes that “pregnancy can be terminated safely regardless of gestational age. [qui correspond au nombre de semaines après les dernières règles] “. She adds that “gestational age limits are not based on evidence.”

To make this recommendation, which the organization already made in a previous report published in 2012, the WHO reviewed 21 studies published between 2010 and 2020 and carried out in seven countries (Austria, Belgium, Mexico, Nepal, South Africa , United Kingdom and United States). Putting a gestational age limit delays access to abortion, “especially among women seeking an abortion at a later gestational age, women close to the gestational age limit, and those living in areas where the access to clinics is limited. These limitations are also associated “with increased maternal mortality rates and poor health outcomes”.

“Restricting access to abortion does not reduce the number of abortions”

Some women wishing to terminate a pregnancy are particularly affected by these limitations: those “with cognitive impairment, adolescents, younger women, [celles] living further away from clinics, [celles] who have to travel for the abortion, [celles] with a lower level of education”, and finally “ [celles] facing financial difficulties and [celles] unemployed “.

The WHO points out to 20 Minutes that “when services are available and accessible, the majority of abortions take place at an early stage”, which represents “more than 90% of abortions” in “high-income countries”. The organization also recalls “that restricting access to abortion does not reduce the number of abortions but increases the likelihood that women and young girls will resort to dangerous means”. She points out that “every year more than 25 million unsafe abortions are performed, endangering the lives and well-being of women and girls worldwide. »

The France Soir article contains other assertions about these WHO recommendations. It reads that the organization would advocate “to stop requiring that women need the approval of a doctor or a nurse to have a pregnancy termination.” In its recommendation number 7, the WHO recommends lifting all authorizations for abortion by a third party, whether this third party is “a parent”, a “spouse” or even a “health professional”. Here again, the WHO relied on studies, a total of 32, which show that this type of authorization delays access to abortion.

The WHO would also recommend “establishing ‘pills in the mail’ systems so that women can receive abortion drugs after a phone call”, according to France Soir and the Mail on Sunday. This method is not explicitly mentioned in the WHO document. The international organization reminds 20 Minutes that “when abortion is performed according to a method recommended by the WHO, adapted to the duration of the pregnancy and assisted by a person with the necessary information or skills, it is a simple and extremely safe procedure”. For the first 12 weeks of pregnancy, the WHO recommends two methods, including medical abortion. This “can be safely self-managed by the pregnant person outside a health care facility (for example, at home), in whole or in part”, specifies the WHO.

This abortion must be done with support: “This assumes that the woman has access to precise information, to quality medicines and to the support of a qualified health worker (if she needs it or if she wishes it during the process). »

In France, abortion is convenient until the fourteenth week after the first day of the last menstrual period, i.e. twelve weeks of pregnancy. Two medical consultations are mandatory before having an abortion, to which is added a psychosocial interview for minors. A woman wishing to terminate a pregnancy has nothing to pay, the costs being covered 100% by Health Insurance. Finally, a control visit takes place after the abortion.

A medical termination of pregnancy (IMG) can also be performed at any time during pregnancy, precise Servicepublic.fr website. This is possible in two scenarios: when “the continuation of the pregnancy seriously endangers the health of the woman”, or when “there is a strong probability that the unborn child will be affected by a of particular gravity recognized as incurable”.