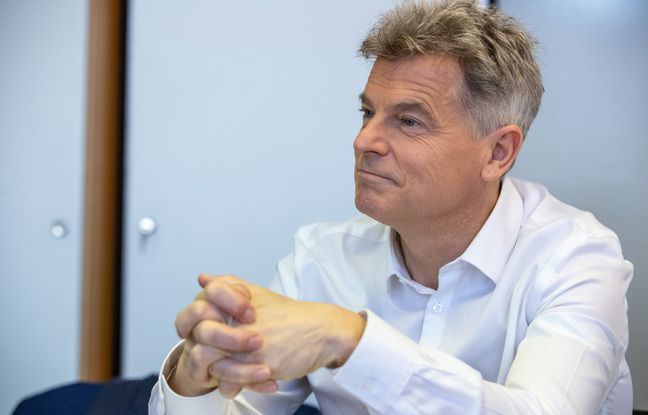 He is the communist candidate of this election. Fabien Roussel, MP for the North and national secretary of the PCF since 2018, carries the weight of the party’s history on his shoulders. And for good reason: ranked behind Jean-Luc Mélenchon in 2012 and 2017, the French Communist Party had not presented a candidate for fifteen years.

Installed in his campaign headquarters, aka the headquarters of the national federation of the PCF, the candidate who is leading his first presidential campaign, is very proud of his office, witness to the glorious years of the party. On the wall, a sketch of the premises made by the architect oscar niemeyerdresses the room.

“We met in the school playground”

An early activist for the release of Nelson Mandela in the mid-1980s, he was only 15 when he began his first anti-apartheid demonstrations. “I started, I was in high school, he recalls. We met in the courtyard, during recess.

Proud of having succeeded “to bend Bernard Arnault” in 2019, after a summons for non-publication of accounts, Fabien Roussel saw, in this case, the opportunity to go even further. “I said to myself: ‘You manage to do that as a deputy, so imagine as President of the Republic?’ It was a revelation. »