The austerity plan for increase infrastructure, enrollment and crystallize full coverage at the high school level These are the main issues that Ricardo Villanueva Lomelí highlights after three years of being in charge of the University of Guadalajara (UdeG).

Due to budget cuts in recent years, the rector reports that his administration applied a strategy in operating expenses that allowed savings of one thousand 338 million pesos (MDP), which were allocated to works and equipment. “The Federation has decided to only give us inflation. Last year the State decided the same. This is zero pesos (increase in the budget)”.

But thanks to the resources saved, he details, during his administration two thousand 474 million pesos have been invested in works. More than 220 thousand square meters have been built and one million 400 thousand square meters of donations have been received for new projects, such as the University Centers of Tlajomulco, Tlaquepaque and Chapala. “The first year I dedicated myself to getting a lot of land where we need to build schools. Unfortunately, we have not had all the money to start them due to the lack of budget”.

The little they have received in extra resources, he says, was allocated to the Infrastructure Trust. “Everything has gone to finish pending works, equipment and infrastructure.”

The savings have also allowed him to complete 320 works that were only half done when he began his administration.

Details the eight thousand spaces that were opened to receive 100% of the young people who aspire to enter the UdeG high schools. Remember that this total coverage was agreed with the Government of Jalisco. “They have not given us a single peso. It already costs us the operating expense. There are more than 200 classrooms that we have built for that enrollment, to reach 100%… and they left us alone”.

He underlines that the UdeG complied by admitting all high school applicants and generating the necessary infrastructure, but this generated greater pressure on finances. “The most expensive thing is the bag of hours that is required for teachers, the personnel that is required to maintain that. And they haven’t given us anything for that.” 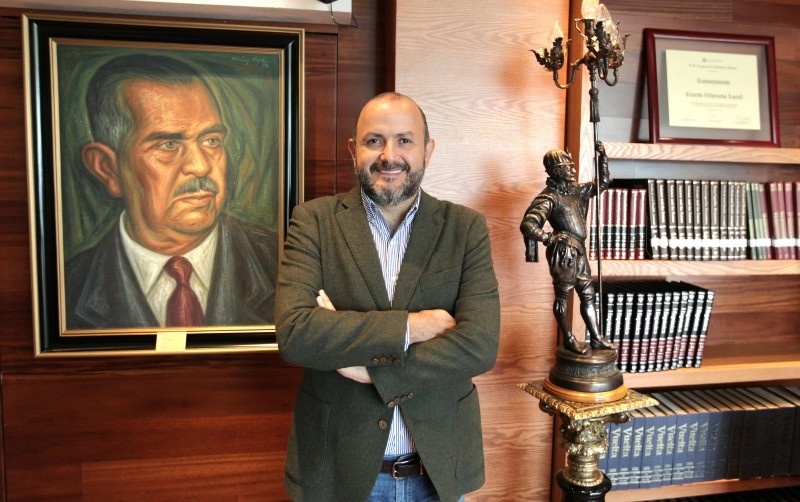 The rector of the University of Guadalajara, Ricardo Villanueva Lomelí, today renders his third activity report at 11:00 am at the Santander Performing Arts Ensemble. THE INFORMER. camacho

Education is a solution to violence: Ricardo Villanueva

Faced with the wave of violence that is being experienced in the country and in the Entity, the University of Guadalajara (UdeG) intends to contribute to reducing it, says Ricardo Villanueva Lomelí, rector of the university.

“What worries me the most socially, as rector, is what the University of Guadalajara can do to collaborate in eradicating violence. This country is getting out of hand, it is about to have a failed state… if we are not already there. In many territories it is evident”.

It underlines the increase in disappearances, murders against journalists, among other violent acts, and underlines that they will seek to be part of the remedy in the medium and long term. “And the only real solution I find is education, education and more education.”

He insists that this is the real bet. “All the young people who fall into the hands of crime, I’m sure they are the ones we couldn’t give them a chance.”

For this reason, he regrets that the country stopped investing in education: “There are 14 billion pesos that have been taken from the country’s universities, nothing else in the extraordinary bag (in the current administration)”.

The principal points out that the UdeG is the university that lowered the most resources from that federal bag, because it competed for indicators. “And we are the best university in the country… wherever you measure us.”

It emphasizes that if the federal authorities consider that the indicators they had were “neoliberal”, they agree that they change them. “Let it be the indicator they want. If they don’t want to be measured by the National System of Researchers, by the Program for Teacher Professional Development or by the National Postgraduate Quality Program, let them measure us by social impact, by enrollment, by coverage. Without problems we will continue to be the best university in the country”.

The rector Ricardo Villanueva will present his report today in the Santander Group of Performing Arts. There will be live broadcast virtually through the official channels of the University of Guadalajara. 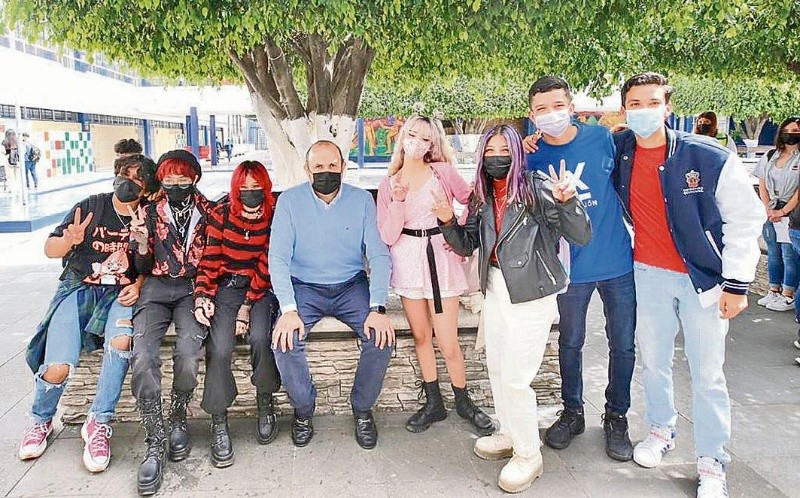 Ricardo Villanueva believes that teaching is an opportunity for young people in Mexico to get away from delinquency. SPECIAL

Another 14 schools with faults in the transformer were also detected, which prevented the operation of computers or air conditioning.

The commitment is that, at the end of his administration, the four thousand 300 classrooms that the university network has, will be rehabilitated and equipped with a screen, audio and video, projectors, seats, floors and curtains. “I’ve already had about a thousand installed… and we’re going for 2,600 by the end of this year. I am doing well, at this rate, I could deliver the 4,300 renovated classrooms”.

To admit 100% of the high school applicants, 215 classrooms were built. And two thousand 774 million pesos were invested in works. In addition, 1,253 works were carried out and 320 were completed.

With the profits from university companies, classrooms were built in high schools 21 and 22, in Zapopan and Tlaquepaque, respectively. For this year, university companies are projected to begin to recover after the pandemic. The rector points out that they expect them to obtain profits of 20 million pesos, at least, to allocate them to the construction of more classrooms. 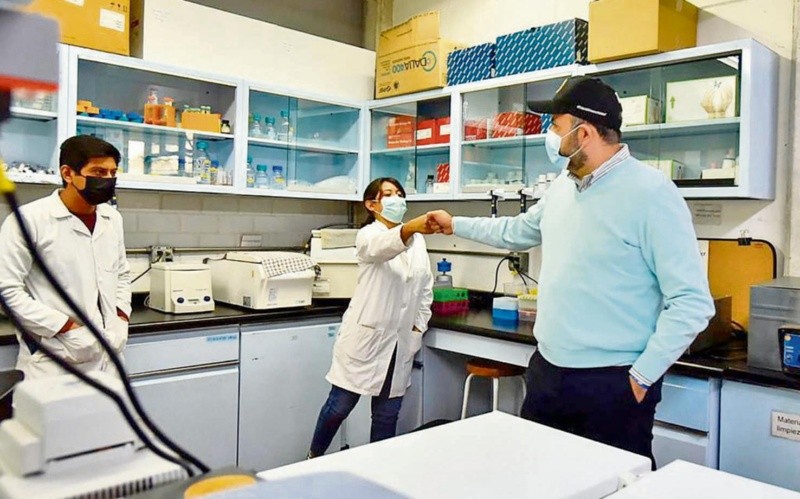 In total they have remodeled 50 laboratories that were abandoned. SPECIAL

The UdeG University Network is made up of 16 university centers, 175 high schools and a Virtual University System, with 324,340 students, which represent half of those in all of Jalisco (53.6 percent).

In three years, the house of studies grew 32 thousand places in its enrollment. And he achieved full coverage at the entrance to high schools.

The university is the first national place in Quality Postgraduate Programs and 95% of the students are in accredited programs. There are 2,672 professors with a Prodep profile.

So far during Ricardo Villanueva’s administration, more than 100 million pesos have been invested in art and research.

and it came to 489 the number of members in the National System of Researchers (SNI) of Conacyt.

The reform for multi-thematic centers advances

All the university centers of the UdeG located in the Metropolitan Area of ​​Guadalajara, like the rest of the campuses in the regions of Jalisco, will become multi-thematic.

In a session of the General University Council (CGU), the proposal presented by the general rector was approved, which Its strategy is to “reduce travel times for community members and achieve greater multi, inter and transdisciplinary collaboration.”

The initiative will empower the creation of different educational programs, from all areas of knowledge, on university campuses that have traditionally been focused on related careers.

In addition, it will help students reduce their transfers. “A student who lives in Tlajomulco, to study architecture, spends three hours there and three hours back, that makes it impossible. Now that the university centers work as regional, they will be able to provide a more diverse offer to the intra-metropolitan region to which they belong”.

He adds that when the university centers are transformed, they will have legal conditions to trigger analysis processes and studies of relevance on the academic offer of each Entity, “not only of the current one, but of new careers”. 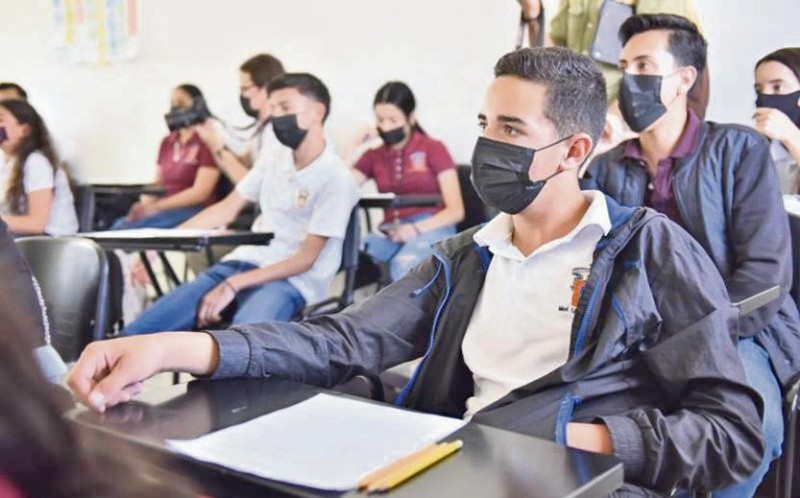 They built 215 classrooms to admit all high school hopefuls. SPECIAL

They plan to recover the students who dropped out

At the end of this school calendar, the University of Guadalajara (UdeG) will measure the school desertion presented at the upper secondary and higher education levels, caused by the effects of the COVID-19 pandemic.

“My main concern is how many students did not return to class. Until now, The most dramatic case we have is in the University Center of the North of Colotlán, where we had an evident loss of students. And in the Cienega declares the principal.

He underlines that they need to wait until the end of the semester to know the real numbers. “I will notice those who did not return.”

The instruction, he says, is to go for all the students who were registered before the health contingency began. “We have to talk to the home of the student who does not return, to find out if we can do something to get him back. We are going to provide personalized attention.”

He points out that the return to the classroom has been positive, but it has also allowed them to see the indirect consequences of the pandemic. “We see a high rate of psychological care needs. The confinement, the fears, what was experienced. It has generated psychological damage to our student body.”

Attention consultations have doubled and even quadrupled. “In all our university centers we are strengthening our areas of psychological care.”

One of the positive aspects of the pandemic, he explains, is a greater sense of empathy and solidarity. “I do feel in the university community and I imagine that it is being experienced in many communities and in companies that we have returned with more humanism.”

What do you think of the work of the rector Ricardo Villanueva?