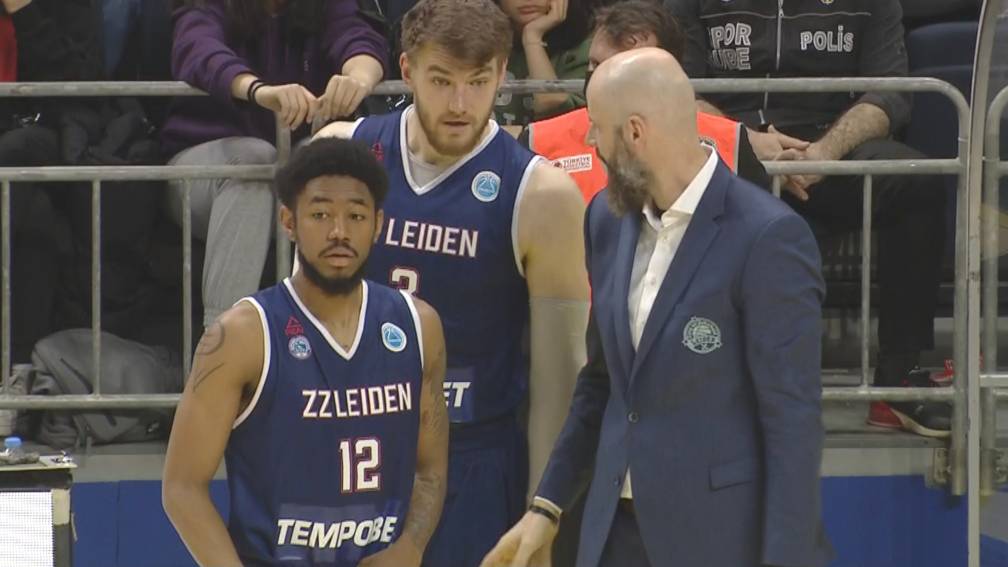 The basketball players of ZZ Leiden have not qualified for the final of the European Cup tournament. In Leiden Bahcesehir was already too strong with 77-71 and in Istanbul the Turks won 90-82.

Leiden had wanted to become the second Dutch club in a European final after Den Bosch in 1979.

The start of Leiden was promising. The team of coach Geert Hammink took the lead in the packed ülker Arena (2-9), but saw that lead quickly evaporate. The experienced Turks led 25-19 at the end of the first quarter and a quarter later they ran out to 46-38.