De Jonge stays with it: not involved in mouth caps deal, but regrets the state of affairs 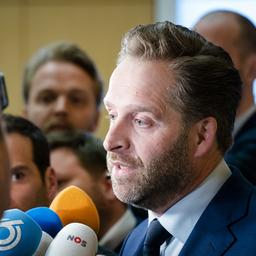 Hugo de Jonge maintains that as Minister of Health (VWS) in the previous cabinet, he “carried no responsibility and was not involved in negotiations or decision-making” in the face mask deal with opinion maker Sywert van Lienden “or any other deal”. That impression arose after apps were published between De Jonge and a top official, which showed that he had actively interfered with the mega order.