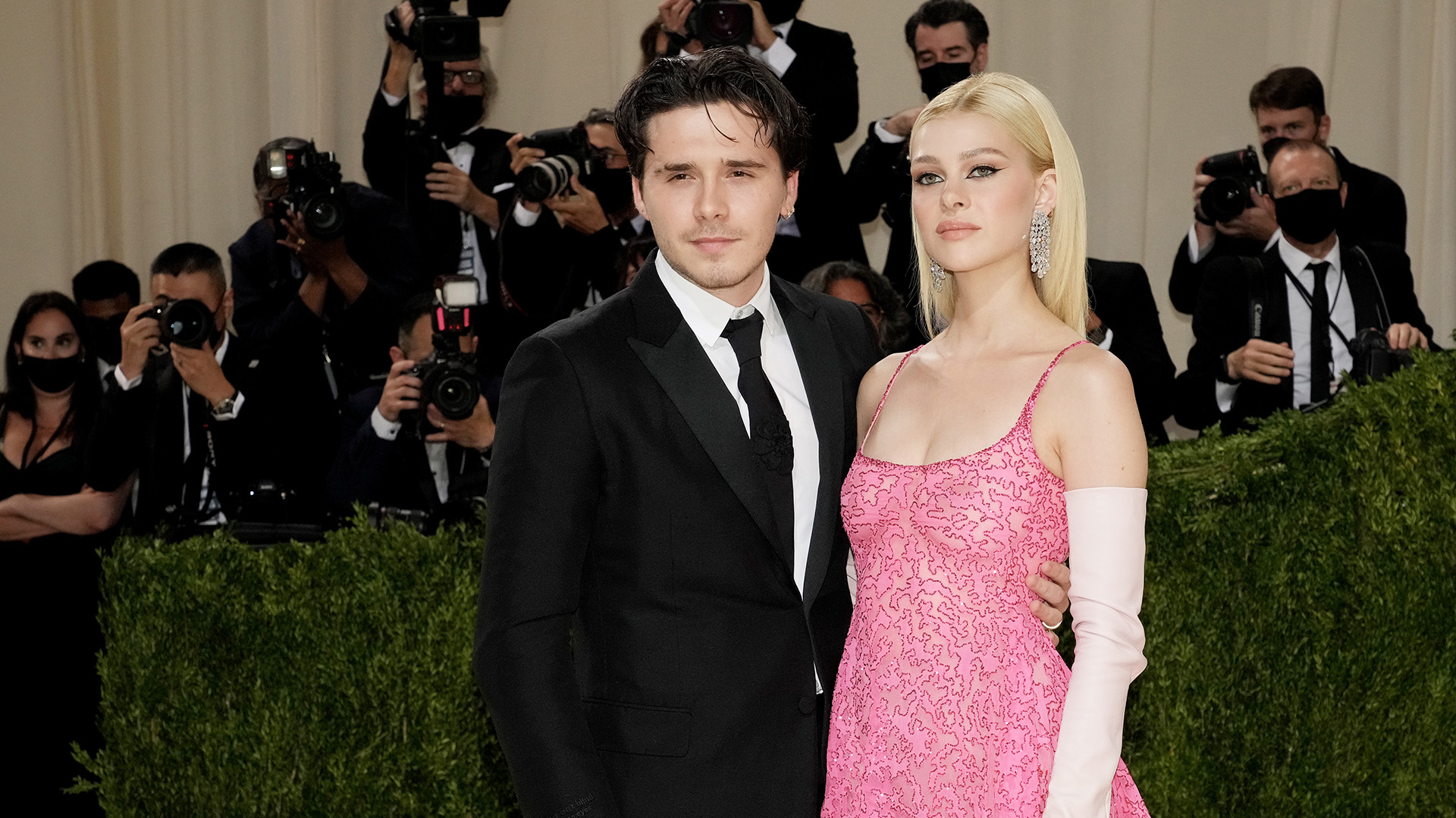 Brooklyn Beckham, 23, may have very wealthy parents, but his fortune is nothing compared to that of the family of Nicola Peltz, his future wife. Due to the millions that are at stake, the eldest son of David and Victoria Beckham and his girlfriend signed a four million dollar prenuptial agreement within days of getting married.

According to the tabloid Daily MailThe Beckhams have a fortune valued at $500 million, a much smaller amount compared to the $1.5 billion empire owned by Nicola’s father, American businessman Nelson Peltz.

It is known that the couple has chosen next Saturday, April 9, as the date for their link, which will be held in one of Nicola’s family properties: a mansion facing the sea in Palm Beach, Florida, with 27 rooms and valued at more of 90 million dollars.

It is believed that the Duke and Duchess of Sussex themselves will be among the attendees. Harry and Meghan Markle would have accepted the invitation in deference to their friendship with David and Victoria, who attended a royal wedding at Windsor Castle in 2018.

Other celebrities who are part of the Beckhams’ social circle, such as chef Gordon Ramsay and his wife Tana, or who are friends of the young couple, such as model Gigi Hadid and Nicole Richie, are also expected to attend. Actress Eva Longoria has already confirmed that she is on the guest list and that she will wear a dress designed by her close friend. 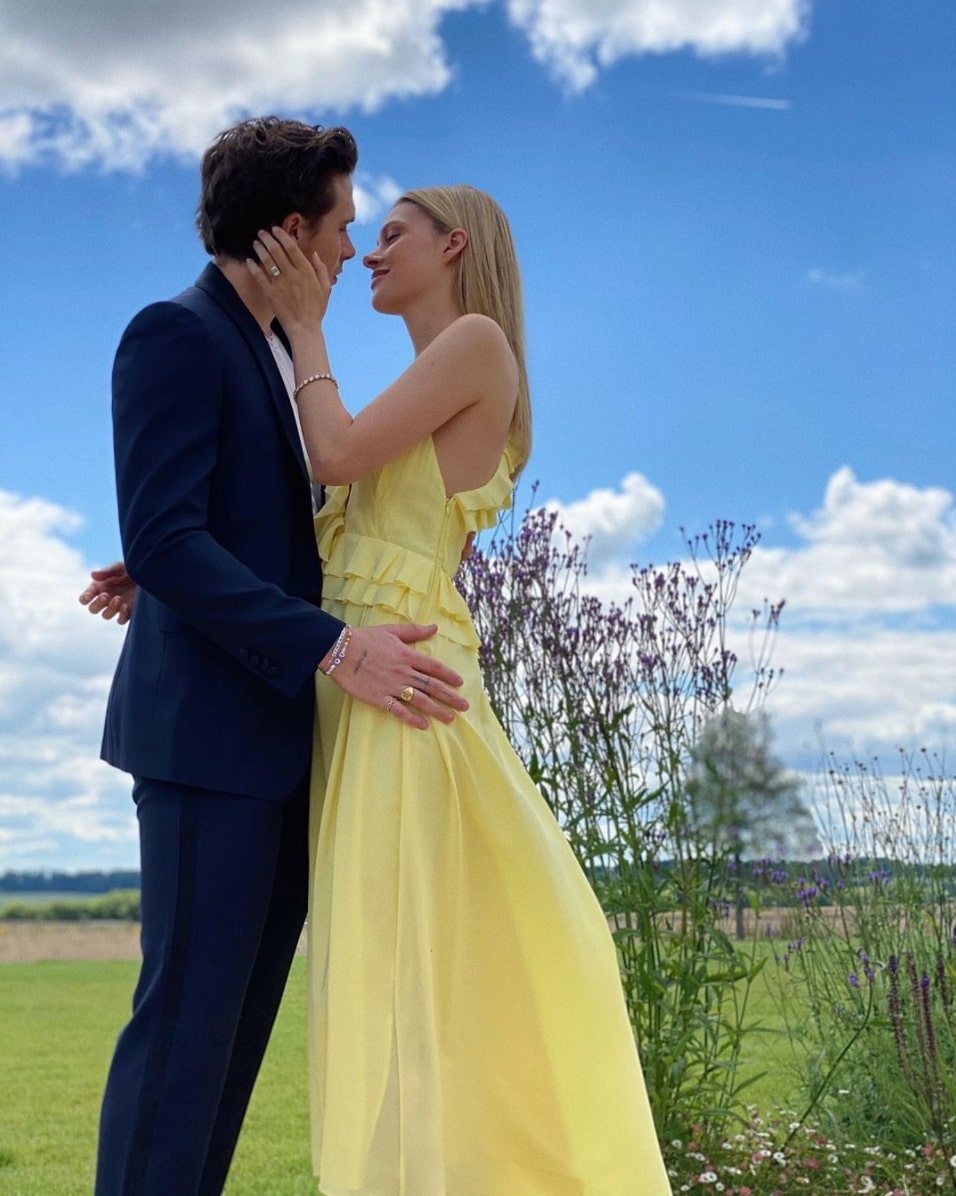 Brooklyn Beckham and Nicola Peltz the day they got engaged

Romeo and Cruz, younger brothers from Brooklyn, will serve as best men and one of Nicola’s older brothers, former ice hockey player Brad Peltz, 32, will be the best man of honor. The couple confirmed to the magazine Vogue that it will be a “Jewish wedding,” and Brooklyn also revealed that he will be wearing a yarmulke. The father of the groom, David Beckham, is believed to be the master of ceremonies and will deliver a short speech.

As for Nicola’s wedding dress, there had already been speculation that her future mother-in-law, Victoria, would do the honors as designer. However, the 27-year-old actress and model revealed that she had opted for an exclusive Valentino design for her big day.

Nicola confirmed that she will be wearing multiple looks during the party. 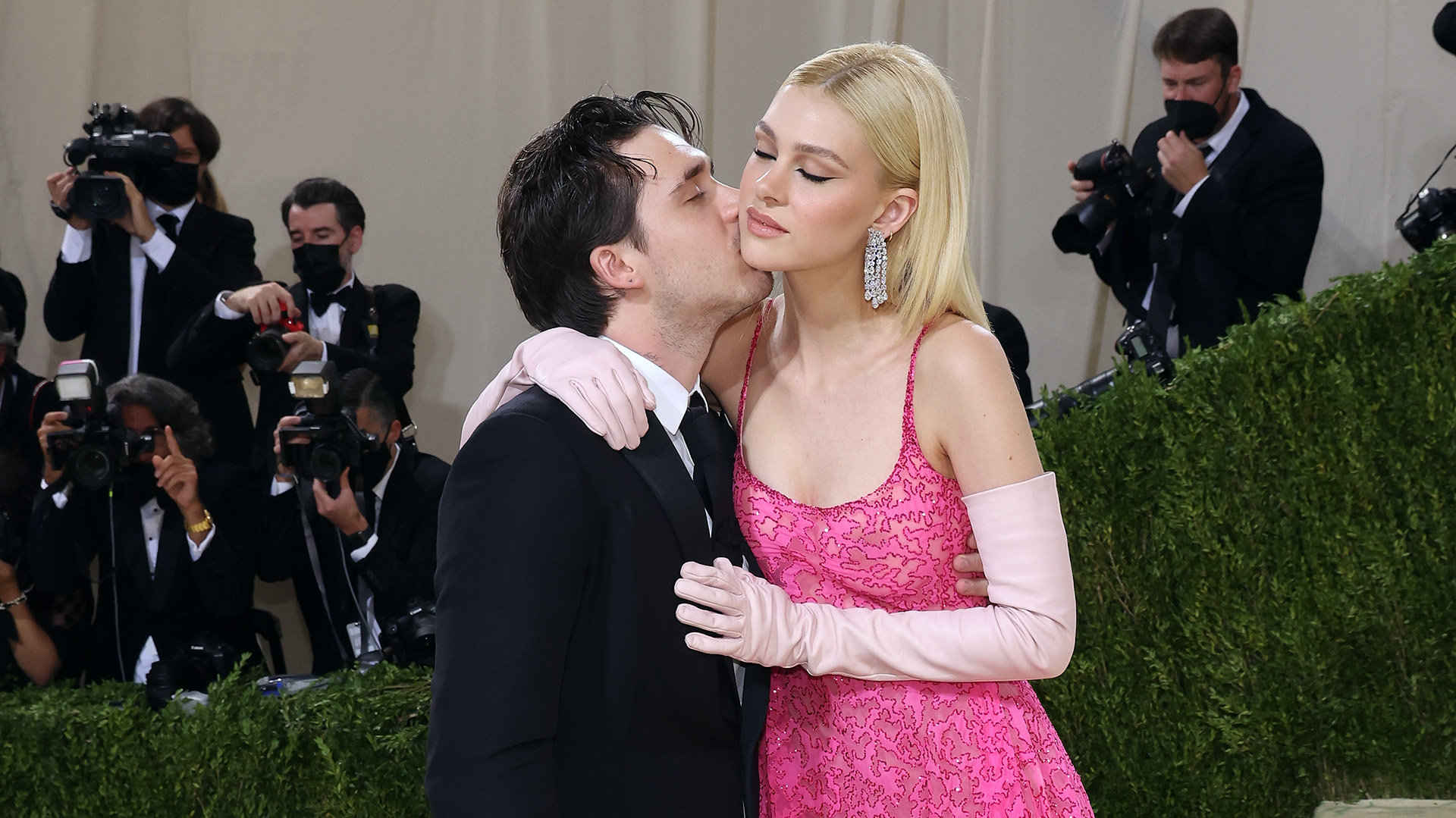 Nicola Peltz and Brooklyn Beckham are getting married on Saturday, April 9, in Florida (Taylor Hill/WireImage)

It remains to be seen if Peltz will wear a Victoria-branded outfit at some point tonight, though she already turned to her famous mother-in-law when she chose an elegant ruffled yellow dress that she wore to announce their engagement in July 2020.

Meanwhile, David Beckham gave a sneak peek of his tuxedo in an Instagram photo last month, posing alongside the two Brooklyn grandparents. “Creating special memories. Wedding plans are underway and all the parents are already dressed and dressed,” he wrote. 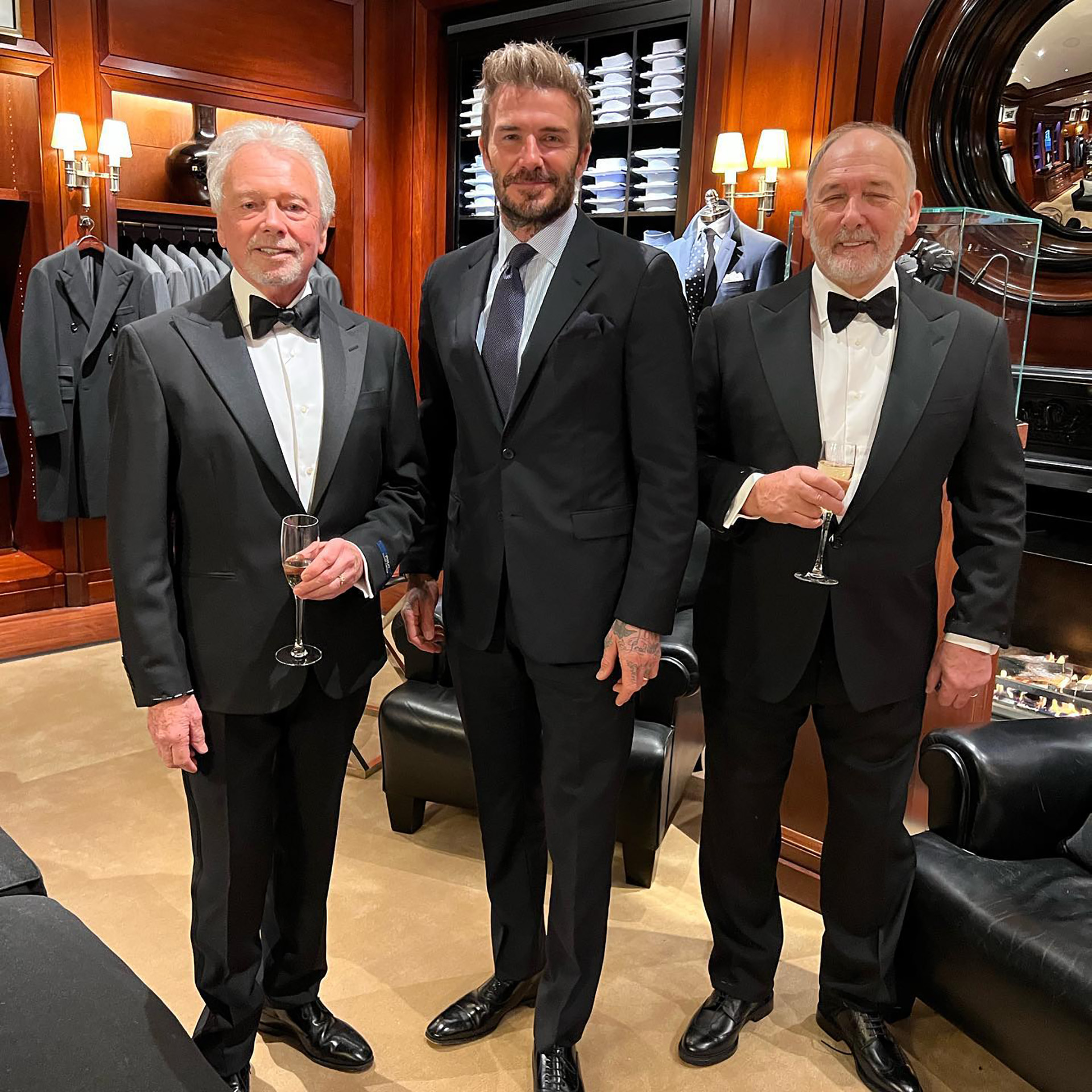 David Beckhan with his father and father-in-law

The Beckham’s son broke the news of his engagement to the actress in July 2020 and initially the couple planned to celebrate the link last year. However, due to the pandemic, it is believed that they postponed it in order to celebrate it as the occasion deserves.

Discussing her long-awaited marriage to the magazine Hello in 2021, Brooklyn stated the following: “We’ve been engaged for a year and if it wasn’t for COVID-19 we would already be married, it’s been a little difficult… but we hope it’s next year.”

The wedding will be this weekend, in what is expected to be a party full of celebrities. 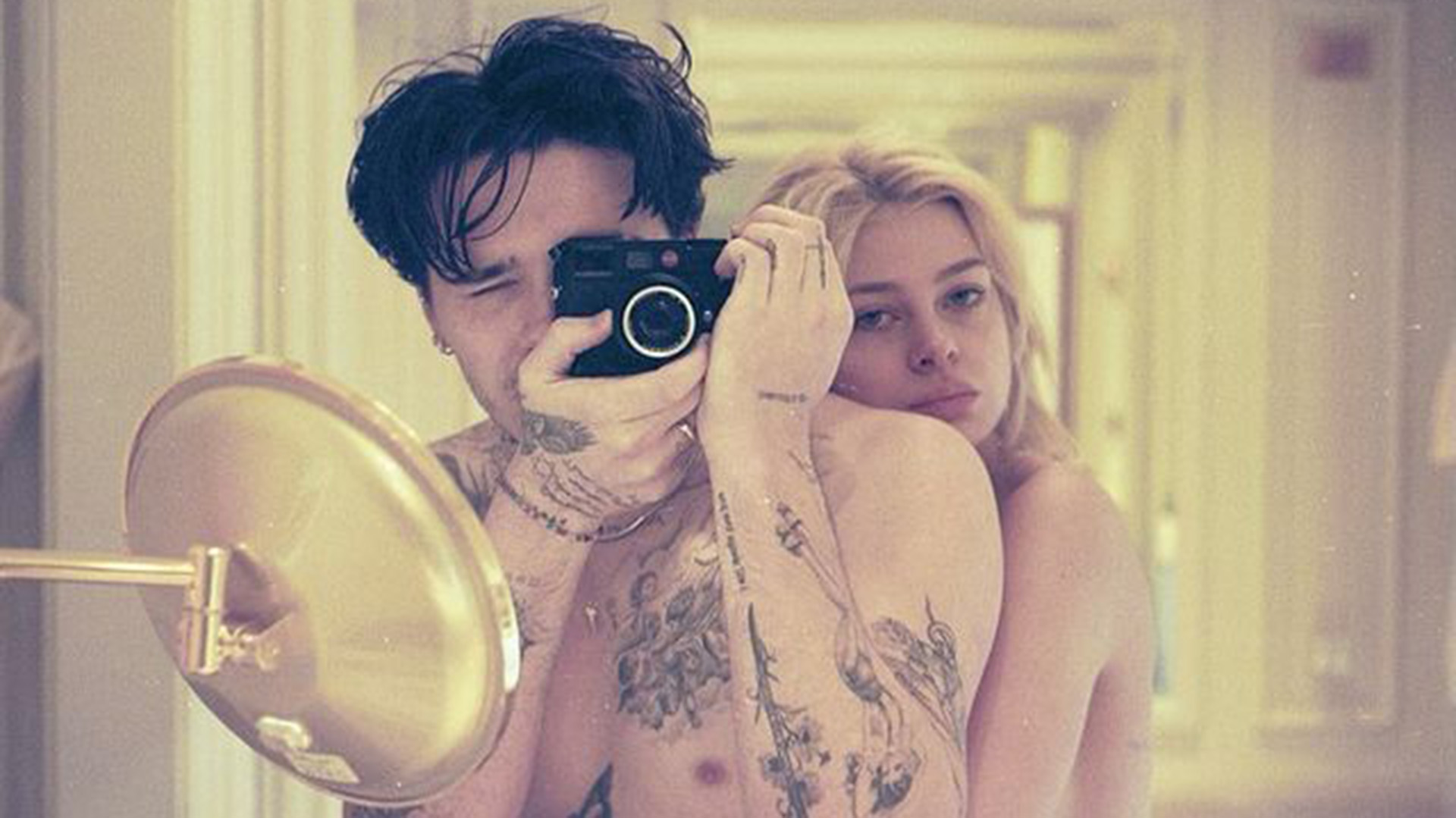 Currently Brooklyn and Nicola reside in a mansion valued at 9.19 million in Beverly Hills, California. The young heiress is looking for work as an actress, while the Beckham’s eldest son dedicates his time to photography and to his cooking show.

“I am approaching the most important moment of my life, the one where I am getting married to my other half… I am so excited for the next chapter of my life,” Brooklyn shared on Instagram last month. Nicola wrote to him: “I am very lucky to be able to continue my life by your side. Everyday I love you more. How I long to marry you!”