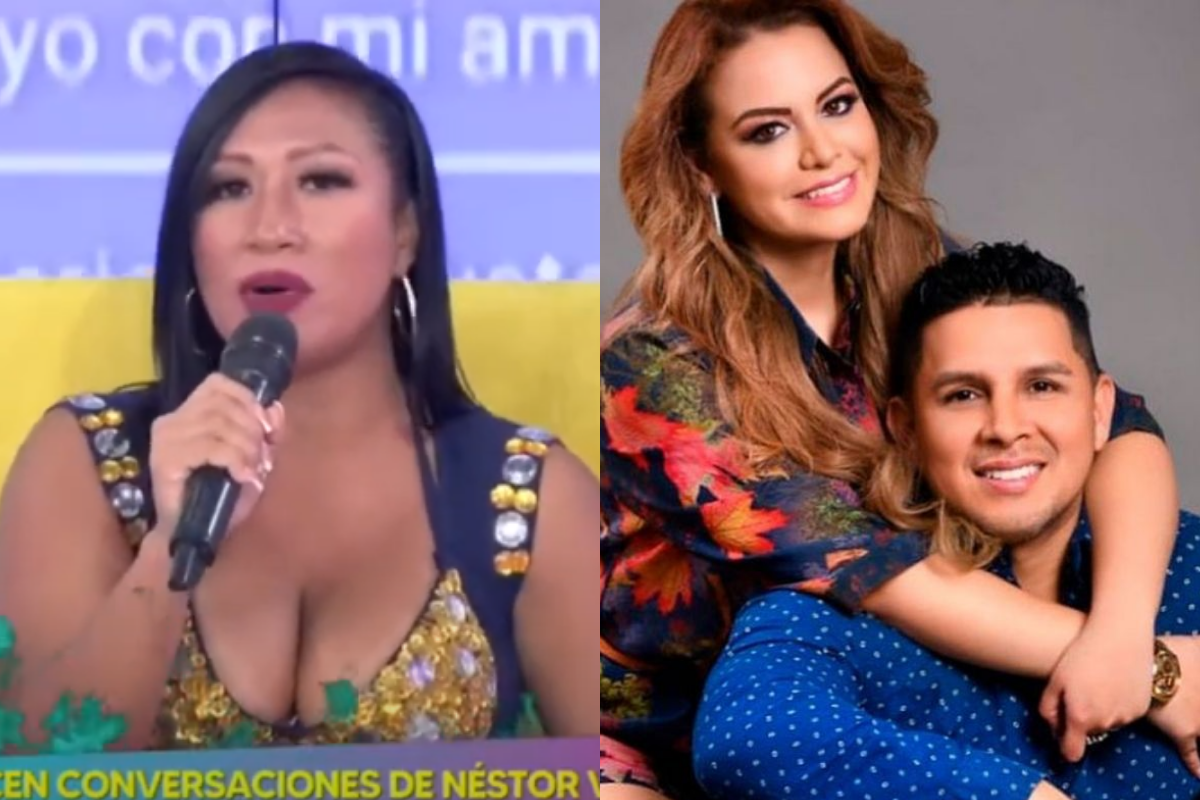 The dancer Tessy Linda appeared on the program Amor y Fuego to tell her truth about the romance she would have had with Néstor Villanueva as well as to show compromising conversations that would show that he was looking for her.

As you remember, the so-called “Queen of the tube” sent a statement that separated her from any current relationship with the singer. However, this April 4, she confessed that they would have been “dating” until three months ago, when she was still with Florcita Polo.

According to Tessy Linda, in December 2021 she told the singer that she no longer wanted anything with him. “I put the stop three months ago. We talked and said that we continued with the friendship. Yes something happened at the time”already said what Gigi Miter expressed: “Florcita they cheated on you”.

“Shoot everything, confirmed by the protagonist herself, Florcita, they were unfaithful to you with Tessy Linda in her own words”, added Rodrigo González surprised by the news.

She also indicated that Susy Díaz’s ex-brother-in-law contacted her a few days ago when he was a guest on the set and they showed him some audios of the two live. “Not only has Flor cried, me too (…) That’s what annoyed me the most, when I asked him to clarify why my name is being mentioned. I work in this environment and I have never wanted to be involved in something in the media”.

“I met him many years ago, I think there was something there that did not end with the story he left, because they cheated on me first, he is the married one and I am single”he added.

Listening to her, the popular “Peluchín” hinted that everything would have been for Tessy Linda’s revenge. Let us remember that she said that when she was 16 years old, she had a relationship with Néstor and they ended because he met Florcita Polo at an event.

However, this was denied by the dancer. “Revenge never because I am also a woman and I would not like something like that to be done to me. It wasn’t revenge. At the time I fell for the things he told me. He is a very pushy guy and he has a way of convincing you.”.

“Don’t say that you don’t know me, much less that I was looking only for him. Here is something for two. I am not to blame. I have not broken a marriage. They had problems, they already came with their things”Tessy Linda concluded.

During his visit to the Willax TV set, WhatsApp and Facebook Messenger conversations were shown that would have been from the year 2020, when Néstor was still in a relationship with Florcita Polo Díaz.

As can be read in the screenshots that Tessy gave to the production for dissemination, both were coordinating to see each other on different occasions without anyone knowing. Given this, the driver Gigi Miter did not hesitate to rebuke the dancer, because she told him that all of Peru knew that Néstor was still married to Susy Díaz’s daughter.

Tessy Linda shows compromising messages that Néstor Villanueva sent herLa Voz Perú: Noel Schajris will be a coach together with Daniela Darcourt, Eva Ayllón and Christian YaipénTula Rodríguez explains that ‘En Boca de Todos’ did not go on the air due to the carrier strike