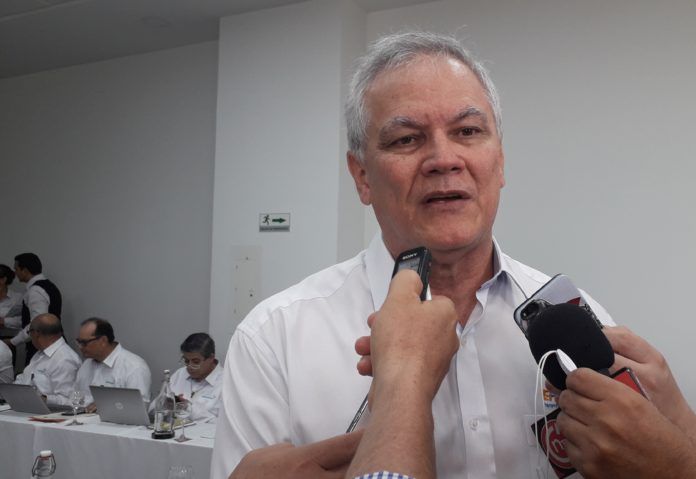 In the most recent days within the Historical Pact in the department of Huila, discontent was formed in certain sectors due to a designation made by Senator Roy Barreras.

It is about the appointment as director of the presidential campaign of Petro in Huila, the conservative leader, former superintendent of Companies and former manager of the Electrificadora, Hernando Ruiz López. Who did not last long in office after being the target of criticism from the Conservative Party and the Historical Pact.

The youths of the Hulienses Historical Pact were among the first to oppose the designation that Roy Barreras had taken since “he is not authorized to appoint or remove departmental links”, in the same way they rejected the integration of a sector that represents the ideals of the progressive community: “We regret what happened…where Senator Roy Barreras appointed a manager without consulting the different sectors of the pact and the social and union political forces that did not accompany the campaign of the Historical Pact, but will be in the President Petro campaign.”

Another sector that harshly criticized the decision was the Conservative Party, who recalled that the traditional movement is supporting Federico Gutiérrez’s candidacy one hundred percent.

Conservative senator Esperanza Andrade mentioned: “I do not know, I do not approve or authorize, however particular, the decision of Dr. Hernando Ruiz López to support another electoral alternative, of which I was not informed, not even previously.”

After strong denials by both sectors, the fleeting manager of the Petro campaign in Huila resigned, stating: “I have received, from different sources, messages of approval for what happened yesterday, as well as very radical positions of rejection… The latter It makes me think how difficult it will be for someone, who has just arrived at the Historical Pact, to be able to fully comply with their responsibility of coordinating administrative and financial tasks with groups inside that do not share or accept their connection, especially due to the precarious time what is there for it”, mentioned Hernando Ruiz López.

The Conservative leader stressed that like him, there are several members of his community who support progressivism since they want a change in the country, he even stressed that despite not being involved in the Historic Pact campaign, he believes that Gustavo Petro is the what the country needs.

“The next visit of the candidate could be the opportunity for him to be the one to affirm which of the two positions on the opening, or not, of the political spectrum that supports his project is the appropriate one, and that the person who comes to be in charge of a responsibility as great as the administrative and financial coordination of his campaign enjoys the sufficient support it requires”, concluded the conservative leader of Huila.

About the leader of the Historic Covenant

The presidential elections will take place on May 29 and the polls have begun to show the favorite candidates of the citizens to reach the second round. After the consultations it was clear that Gustavo Petro has remained the candidate with the highest vote intention; and that Federico Gutiérrez, from Team for Colombia, is his biggest rival. This has been confirmed by the results of the surveys of both the National Consulting Center for the magazine Semana and Guarumo and EcoAnalítica, revealed by El Tiempo.

According to the survey conducted by Guarumo, if today were the first presidential round, the winners would be Senator Gustavo Petro, with 34 percent, followed by Federico Gutiérrez, with 25 percent. In third place would be Sergio Fajardo with 9.5 percent and in fourth Rodolfo Hernández with 9.3%.

They report an attack with a grenade against the police station and the mayor’s office in San Vicente del Caguán (Caquetá) “Conversing does not mean allying”: Ingrid Betancourt before an eventual alliance with Uribismo