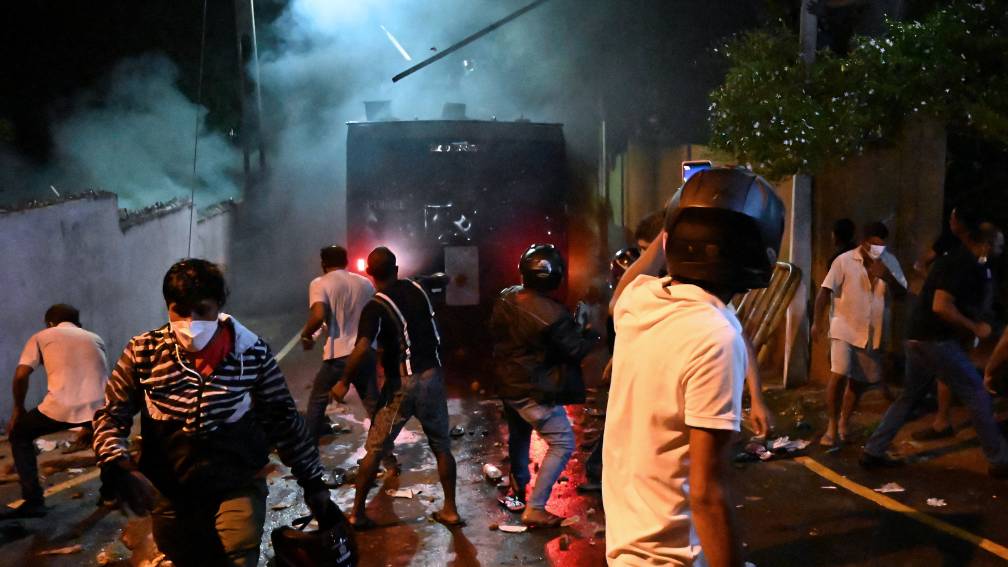 Police in Sri Lanka have used tear gas and water cannons at a protest outside the president’s residence in the capital, Colombo. Thousands of people participated in the demonstration, writes AP news agency. The protesters clashed with riot police.

The demonstrators demanded the departure of President Gotabaya Rajapaksa. He is held responsible for prolonged power outages and shortages of essentials. They shouted “go home Gota, go home”. In recent times, demonstrations have taken place in the country because of the economic crisis that was partly caused by the consequences of the corona pandemic.

The demonstrators pelted army buses with stones. They were placed to block the way to the official residence. A bus was set on fire.

At least one person was injured after police fired tear gas. The victim was injured in the leg. Soldiers with assault weapons stood ready near the demonstration. An angry mob also gathered in front of a police station. The police were accused of protecting the corrupt. Tear gas was also used there.

The country in the Indian Ocean has been struggling for some time with economic malaise, the worst financial crisis since independence in 1948. One of the main causes is the decline in tourism, the main source of income on the island. That is now slowly starting again, but was stopped for a long time due to covid-19.