In Tallinn, Estonian composure in the face of the Russian threat

From our special correspondent in Tallinn,

The atmosphere is icy and the streets almost deserted, this Tuesday morning in Tallinn. A few tourists walk through the streets of the old town, under a fine snow. Some stop to take photos in front of the Russian Embassy. The virulence of the messages against the war in Ukraine, hung in front of the building, shows the anger of the inhabitants of the Estonian capital against Putin, and the solidarity towards the Ukrainian people, who like in Estonia suffered from the past under the yoke Soviet.

This week @20 minutes takes you to Estonia for a series of reports related to the war in Ukraine. In the capital Tallinn, Estonians left a few messages for Vladimir Putin in front of the Russian Embassy pic.twitter.com/Vcm9fVEIkq

We push on to the trendy district of Telliskivi, “brick” in Estonian. While it now houses a “creative city” with start-ups, bars and restaurants, the site once housed a Soviet industrial complex. There, Jakob explains to us that the Russian invasion in Ukraine, on February 24, perhaps “struck the spirits more in Estonia” than elsewhere in Europe, “because it was the day of the National Day celebrating the independence from the country [en 1918] “. 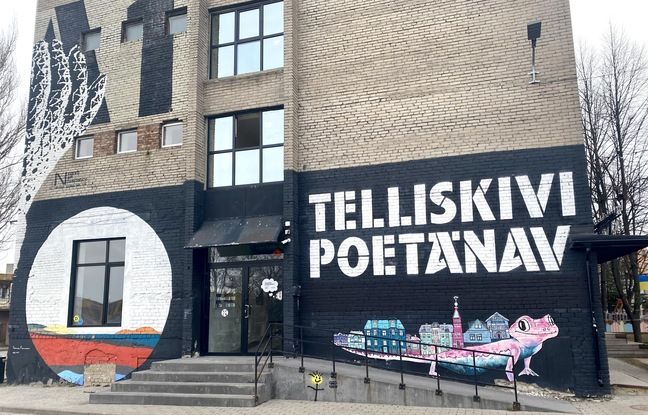 “Do not blame the Russian-speaking population”

Occupied by the Soviet Union after the war, Estonia only regained its independence in 1991. Since then, the Baltic country joined the European Union and NATO in 2004, while maintaining a deep mistrust of the regard to Russia, with which it shares nearly 300 km of land border. A little less than a third of the population of this small state of 1.3 million inhabitants is Russian-speaking, and 80,000 of them have chosen to retain Russian citizenship. 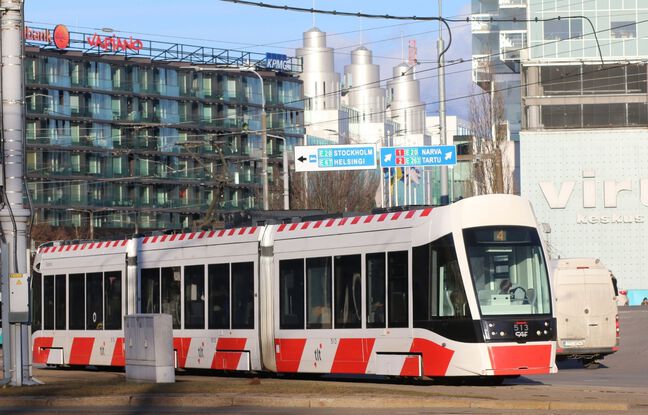 In a café, Anna tells us “there was a lot of tension and concern about the Russians in the country” at the start of the conflict, but “now it has calmed down. “I don’t think we should blame the Russian-speaking population in Estonia, they too are worried about what is happening in Ukraine, and they have nothing to do with it,” she adds. Luke, a Swiss artist who arrived in Tallinn at the beginning of February, believes that the war in Ukraine “is no more a matter of concern in Estonia than it is in France or Switzerland” and that every Russian he has met here “strongly condemns the invasion of Russia. »

But, it is better to be prepared, just in case. The Estonian Voluntary Defense League, a paramilitary organization that trains to deal with a possible attack, and made up of around 24,000 men, received an influx of requests for volunteers after the war in Ukraine. The country’s “emergency call center” was contacted several times to find out if Narva, on the border with Russia, was well protected. And the “Ole Valmis!” “Get Ready”, which gives practical instructions for dealing with different crisis situations, has been downloaded more since the beginning of the conflict.

“The conflict in Ukraine has at the same time revived tensions between part of the Russian minorities and the Estonians, or in any case rekindled talk of relations between the two communities”, analyzes for his part Vincent Dautancourt, professor of French at the University of Tartu. , researcher specializing in issues related to Russian-speaking minorities in Estonia. 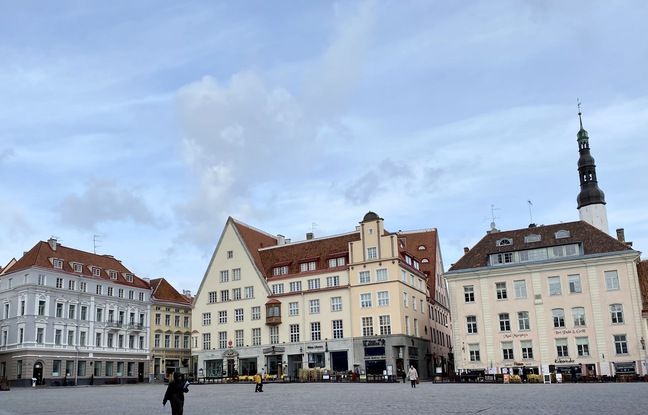 To simplify, part of the Russian minority has obtained Estonian citizenship, another has decided to keep Russian citizenship, and a third has neither. They are thus between 70,000 and 80,000 to have what is called a “gray passport”, a document which allows them to live normally in Estonia, but does not give access to the right to vote in the general elections. It also offers the possibility of traveling to Russia without a visa. Some officials believe that Estonia will have to speed up its process of integrating these minorities into society.

Some leaders fear that Russia will launch an attack in Estonia, precisely to “defend” the interests of these 300,000 Russian speakers. And recent signals are not necessarily reassuring. The latest example is when a member of the Moscow City Duma called a few days ago for the “denazification” and “demilitarization” of Estonia, as well as five other countries. The same terms used by Putin for Ukraine.

“This kind of statement coming from Russia only reinforces the conviction of the Estonian authorities that we must remain very vigilant and prepare for a possible attack by Russia on the Baltic States after the Ukrainian file is closed (or before), Vincent Dautancourt points out, even though this statement comes from a person who is not directly linked to power. »

The conflict in Ukraine thus confirms the fears concerning this Russian threat, pointed out in official speeches for several years in Estonia. Since Georgia in 2008 and Crimea in 2014, the Baltic country has been concerned about Moscow’s intentions to rebuild its empire. This is why he considers that Putin’s intentions must be put to a final halt.

In this context, the commemorations linked to the Second World War resonate in a particular way and are watched like milk on the fire. Thus, “a few days ago Estonia commemorated the bombardment of Tallinn by Soviet troops, which echoes what is currently happening in Ukraine,” explains Vincent Dautancourt.

Atrocities taking place in 🇺🇦 are awfully familiar to what happened OTD in 1944 in 🇪🇪. Mindless bombing of civilians and needless destruction by neighbor who says it has come to liberate you. #StopWar #Neverforget #Standwithukraine pic.twitter.com/0pxuuX2IJC

The case of the “Bronze Soldier”, which had torn Estonian society apart in 2007, is also once again the subject of all the attention at the moment. This monument to the Soviet dead installed in the center of Tallinn crystallized in the 2000s the tensions between Russian speakers nostalgic for the USSR, and Estonian nationalist militants. In 2007, the government decided to move this “bronze soldier” out of downtown Tallinn. A thousand Russian speakers took to the streets to protest, which degenerated into riots leaving one dead and 150 injured.

On April 27, 2007, Estonia suffered a wave of cyberattacks which paralyzed several institutional sites. Presented by the Estonian government as an attack on Moscow, it went down in history as the world’s first cyberattack, even as post-Soviet Estonian society was built on a digital model, with in particular 90% of public services of the digitized country. A trauma that convinced NATO to base its headquarters in Tallinn against cyberattacks.

The celebration of May 9, 1945 under close surveillance

“The Bronze Soldier affair is one of the important dates in Estonia’s post-1991 history, underlines Vincent Dautancourt, because beyond the riots, it had much wider consequences in society. Now in a cemetery, the monument continues to host the celebration of May 9, “which is undoubtedly the most important Soviet/Russian historical holiday. Each year, the gatherings around the monument are scrutinized, “especially the ‘immortal regiment’, a parade born in Russia in 2011, imported to Estonia in 2015, in which people parade carrying portraits of soldiers who died during the war. . »

For several days, a debate has been stirring the country on the question of banning or not the symbols of Russian propaganda (the famous Z, the ribbon of St. George) during this gathering. A little over a month from May 9, no decision has yet been made.