How realistic are the ‘Istanbul’ peace proposals and what next? 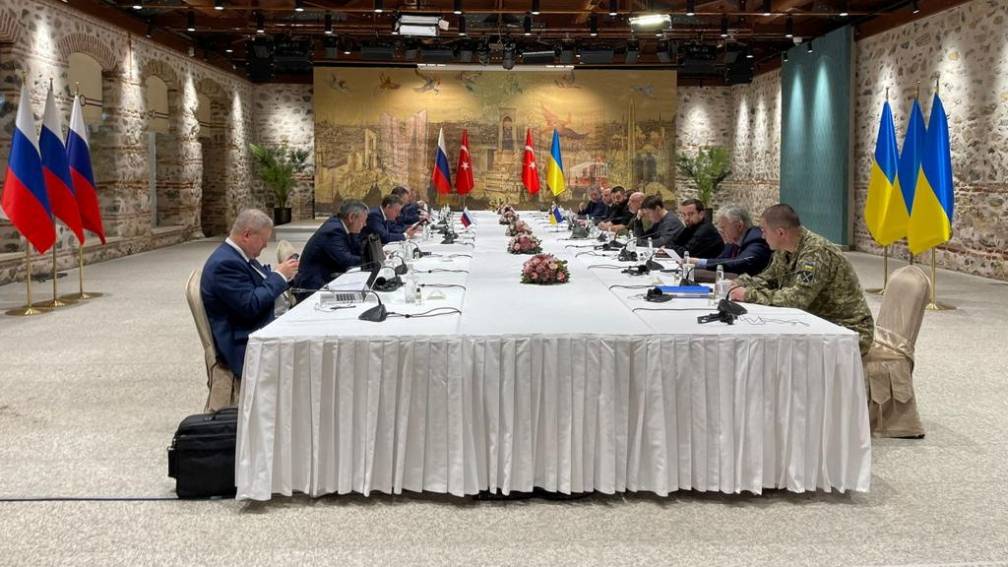 Peace talks between Russia and Ukraine in Istanbul yesterday sparked a rare moment of optimism in a war that has now been going on for nearly five weeks. What is the status of the results and what’s next? In this article we answer five questions about the negotiations.

What are the main outcomes?

After nearly four hours of talks led by Turkish President Erdogan, it became clear that Russia says it wants to drastically reduce its military activities near the northern cities of Kiev and Chernihiv. However, according to the mayor of Chernihiv, the Russian bombing of that city has intensified in the past 24 hours. Explosions were also heard in suburbs of Kiev today.

A spokesman for the Ukrainian Defense Ministry said there is no question of a Russian withdrawal yet.

Ukraine, in turn, said yesterday that it would agree to a neutral status, subject to security guarantees from other countries. The United States, the United Kingdom, Turkey and China, among others, must guarantee the security of Ukraine, in an arrangement comparable to NATO’s Article 5 procedure.

How realistic are the proposals on neutrality?

Analysts have their doubts about such an article 5 equivalent. A British diplomat in The New York Times describes it as a NATO membership “but under a different name”. But NATO does not want to get involved in the war in Ukraine, for fear of a direct confrontation with Russia.

International relations experts Rob de Wijk (The Hague Center for Strategic Studies) and Laurien Crump (Utrecht University) question the value of any security guarantees, referring to the 1994 Budapest memorandum in which Ukraine agreed to give up its nuclear weapons in exchange for security guarantees from, among others, Russia.

“Nothing has come of this either,” says De Wijk, who does not see how the current Ukrainian proposal can work in practice. “Apart from the fact that the countries mentioned must also have the military means to be able to offer the security guarantees.”

What about Crimea and the Donbas?

Ukraine yesterday proposed that a diplomatic solution for Crimea, which was annexed by Russia in 2014, be found within 15 years. Control of the Donbas in eastern Ukraine, containing the two self-declared people’s republics of Donetsk and Lugansk, must be discussed by President Putin and President Zelensky himself, the Ukrainian delegation said.

“But is it acceptable for the Russians if nothing is recorded about this now?” asks associate professor Crump. “They want to consolidate the status of Crimea and take control of part of eastern Ukraine.” According to Crump, only the “total package” will be acceptable to the Kremlin: both such an eastern buffer zone and the guarantee that Ukraine will never join NATO.

The Kremlin said today that Russia’s position on Crimea and the Donbas is “unchanged”.

How have the commitments been responded to?

The Russians presented their decision to withdraw their troops around Kiev and Chernihiv as a “gesture to increase mutual trust”. But many analysts are skeptical about that Russian commitment. They suspect that the troops in the north of Ukraine, where the Russians are already faced with logistical and moral problems, will only move to the southeastern region of the country.

Residents of the western Ukrainian city of Lviv do not trust the Russians: