TIME AND LIVE CHANNELS Peru vs. Paraguay: decisive duel for the pass to the Qatar 2022 playoff 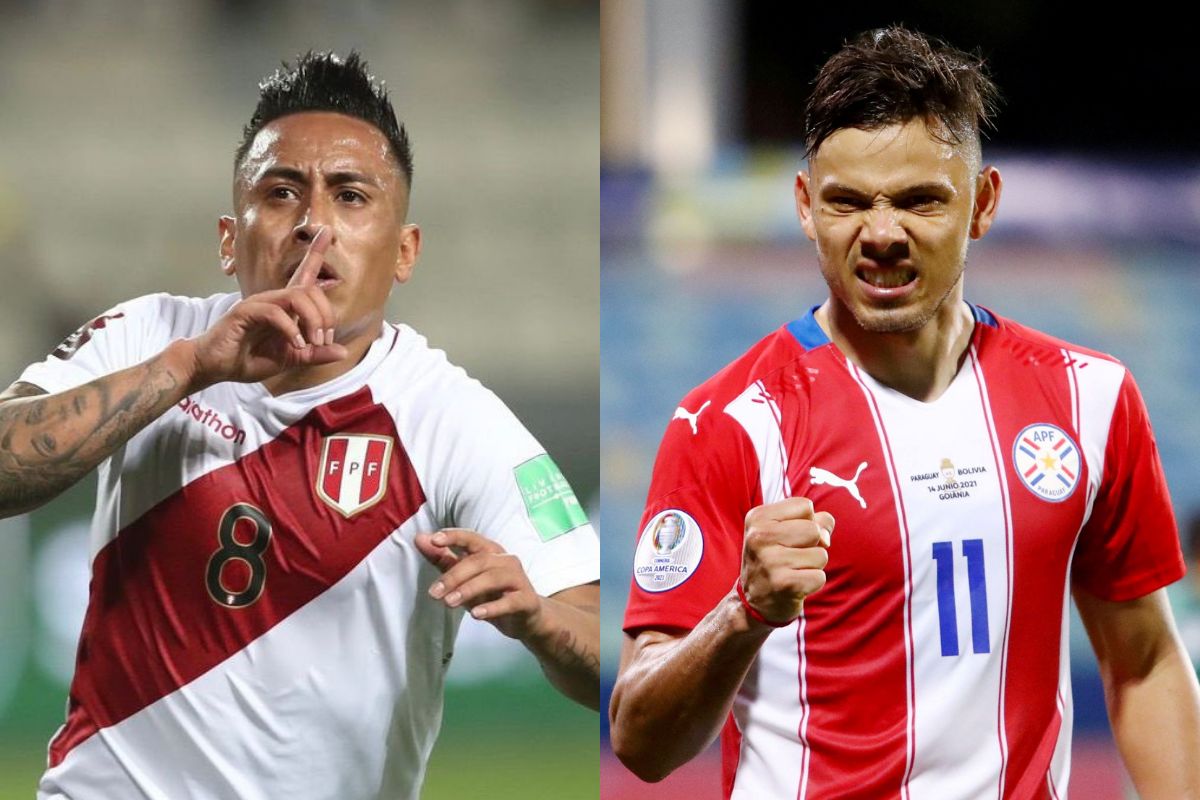 At what time Peru vs. Paraguay play LIVE: match for the last date of Qualifying Qatar 2022.

Peru vs. Paraguay LIVE. The ‘bicolor’ receives the ‘guaraníes’ this Tuesday, March 29, at the National Stadium in Lima for the last date of the Qatar 2022 Qualifiers. Ricardo Gareca’s team depends on himself to get the tickets to the World Cup repechage. All or nothing in local condition. In this you can follow the minute by minute of the great game. Find out more details here! 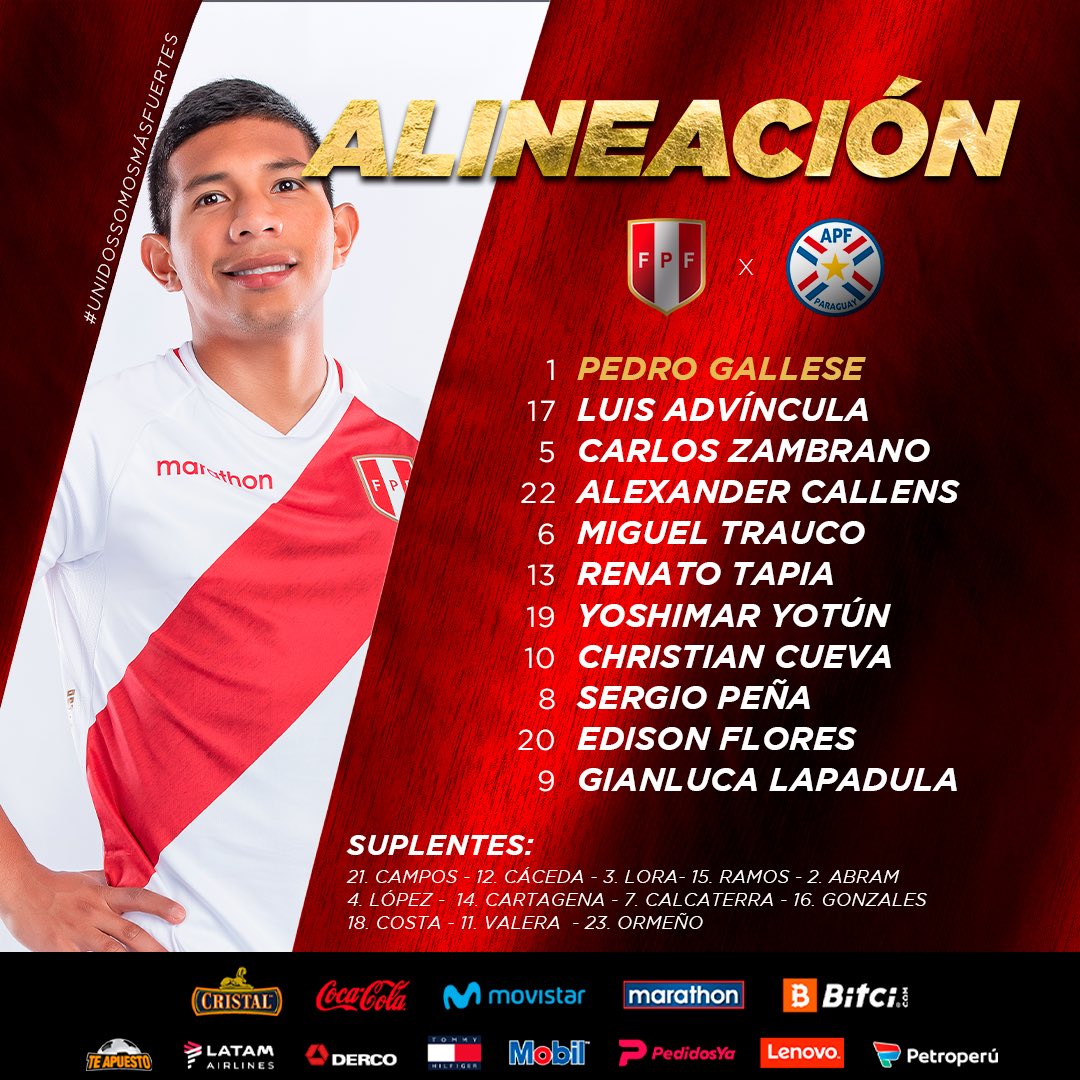 – Fernando Rapallini and the shortlist that will accompany him this afternoon in the arbitration of Peru vs. Paortugal

– The Peruvian team was ready for tonight’s crucial game (6:30 p.m.) against Paraguay, at the National Stadium, for the last day of the Qatar 2022 World Cup qualifiers.

– Great expectations for tonight’s game against Paraguay at the National Stadium. It only remains to add three and the fans are aware of that.

– Today marks the 22nd anniversary of this historic moment for the Peruvian national team. That day there was happiness. Today, more than ever, I LOVE YOU PERU. 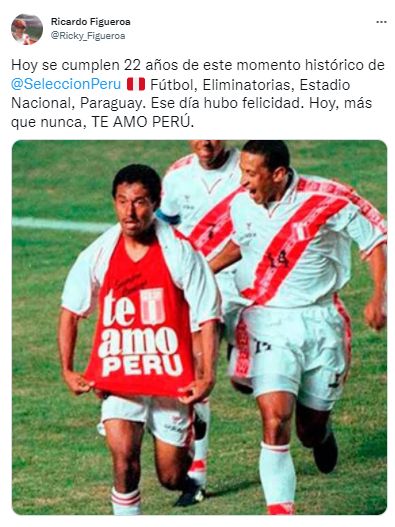 – The Bicolor Acrobatic Squadron will encourage the Peruvian team from the air.

– With swords and amulets, four Peruvian shamans cast a spell outside the National Stadium in Lima on Monday to nullify the effectiveness of the Paraguayan team. 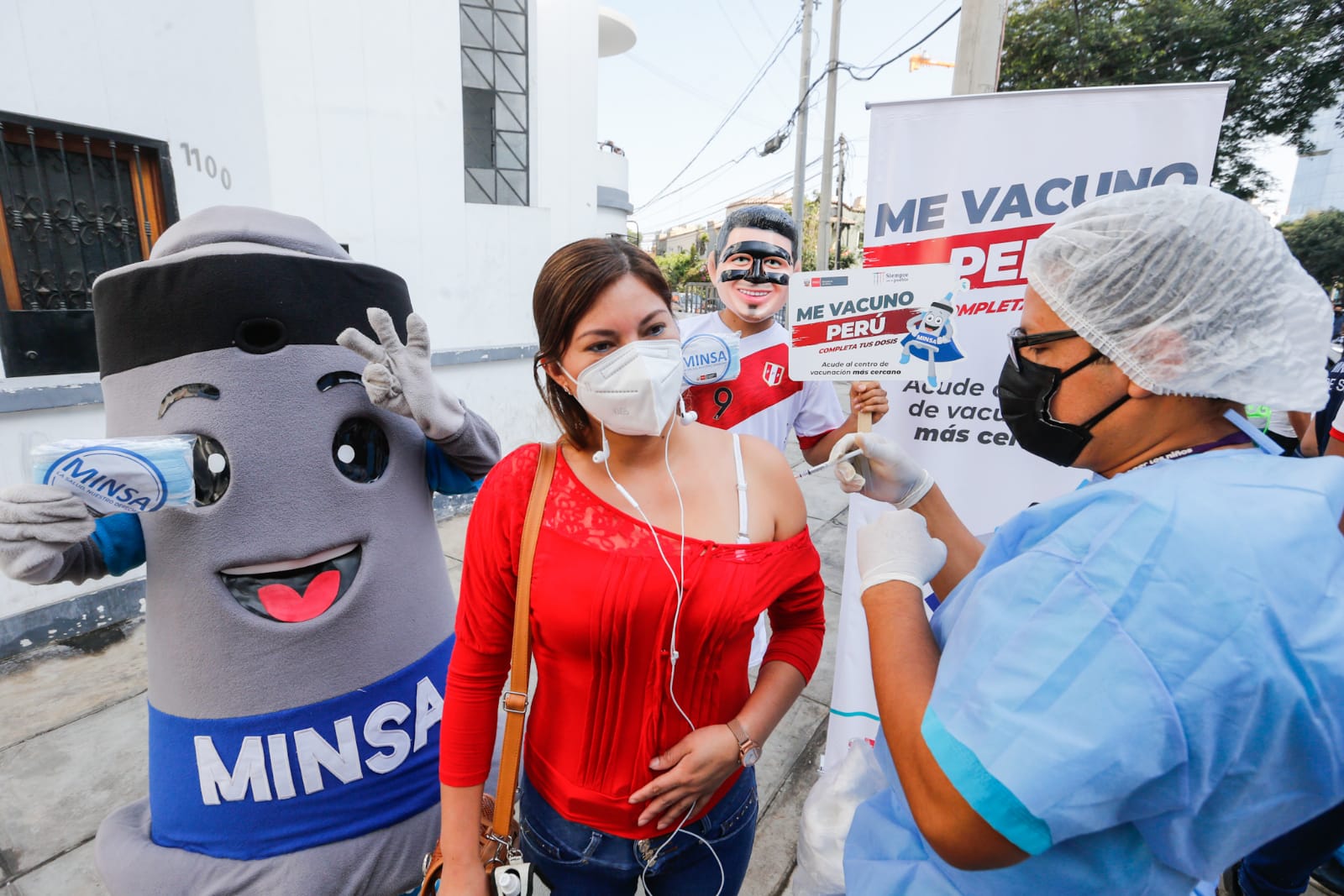 – Paraguay’s best-known fan, Larissa Riquelme, will be at the National Stadium today 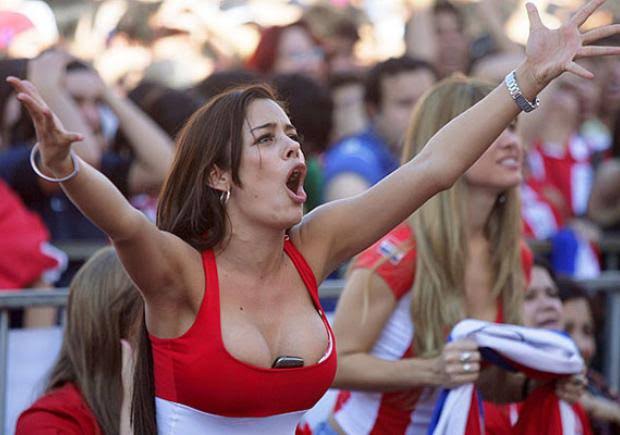 – Everything is getting ready for the party that will take place at the National Stadium. This is what the State looks like a few hours before the decisive knockout game

– If they qualify for the playoffs, these are the players who could miss that game if they receive a yellow card tonight at the National Stadium: Gallese, Callens, Zambrano, Advíncula, Tapia, Yotún, Cartagena, Gonzales Costa

The ‘Blanquirroja’ has to win yes or yes to ensure the ticket to the repechage and today will have one more incentive to have a National stadium full to the brim. If he draws, he has to hope that Venezuela beats Colombia and Uruguay wins against Chile in Santiago. If you lose, the selection will depend on the results of the other duels that are played at the same time.

STADIUM: The scene of the duel between the Peruvian team and the Guaraní will be the Nacional de Lima, which today will host more than 45 fans of the bicolor 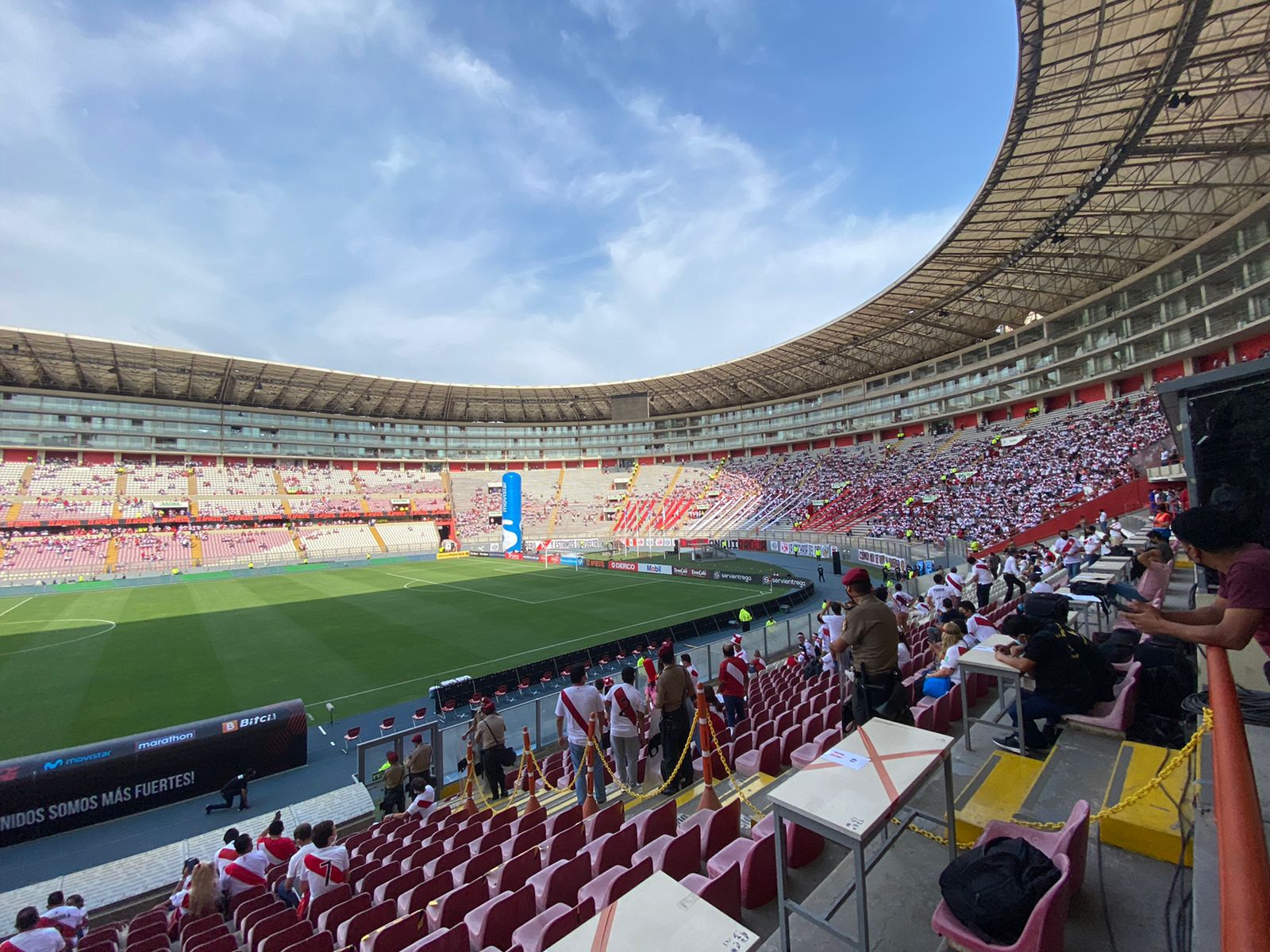 PROTOCOLS: Minsa staff will be part of the health circle that will be in charge of reviewing the vaccination card. To enter, fans must have their three doses, otherwise they will not be able to enter

WHAT NOT TO BRING: To the match for the last date of the Qualifiers, the National Police will carry out an exhaustive security control. So to enter you must carry your printed ticket, your physical ID and avoid carrying straps, sharp objects and/or glass containers.

CLOSED STREETS: If you are one of the lucky ones who will attend the Stadium, we recommend you go in advance because several streets around the colossus of José Díaz Avenue will be closed. If you have a car, the ideal is to keep it in authorized parking lots or preferably avoid going with your own mobility.

Position table: Peru is in an advantage compared to the Colombian and Chilean teams, who depend on the result that Peru gets to try to qualify for the playoff 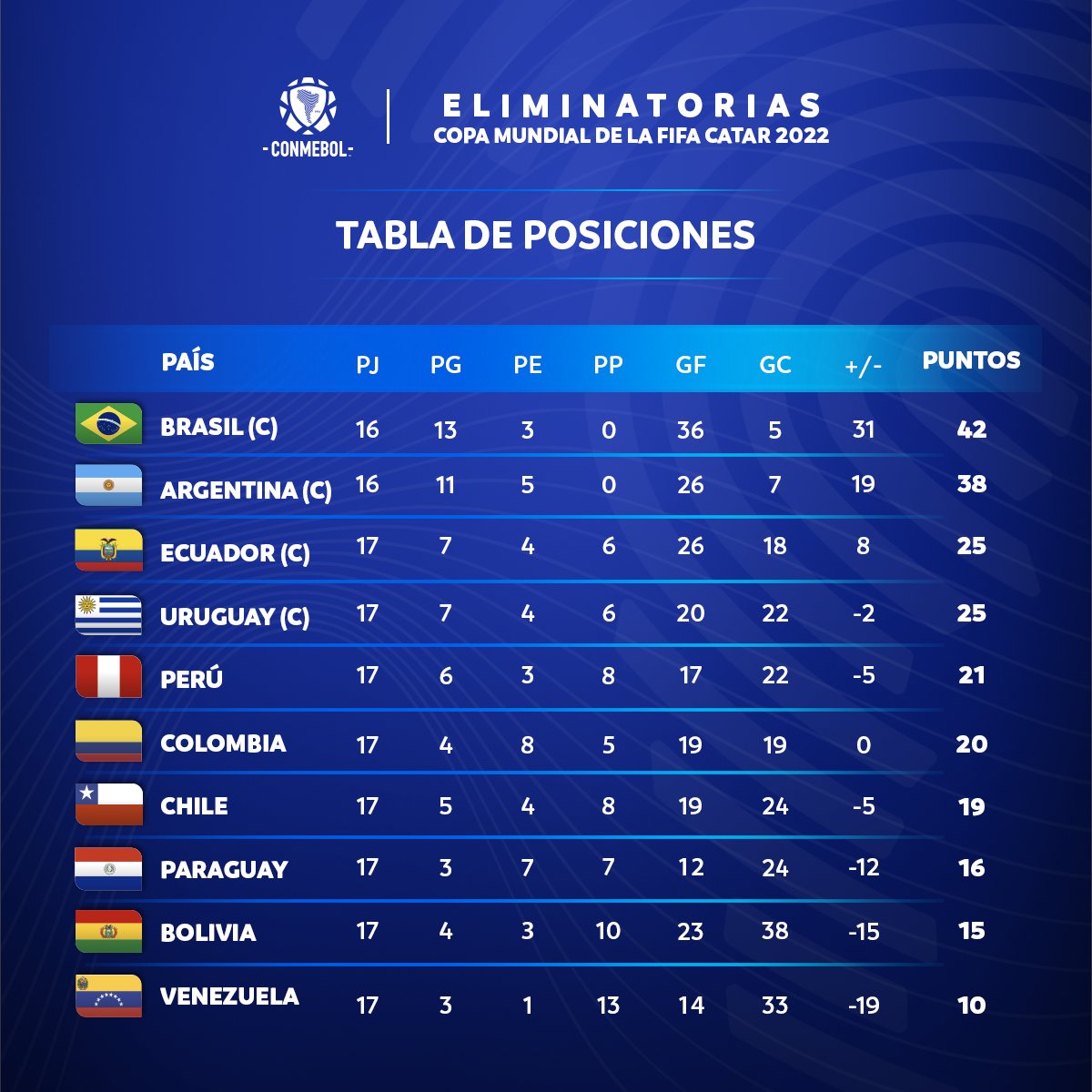 Qualifying position table Qatar 2022 before the last date of the contest.

Flag with enthusiasm: Thousands of Peruvian fans came to the exterior of the hotel where the Peruvian team was concentrated and carried out the traditional flag that was full of enthusiasm and passion. Those led by Ricardo Gareca came out to greet the faithful fans, who loudly intoned ‘how can I not love you’ reaffirming why we are called the ‘best fans in the world’

Banderazo in the preview of Peru vs. Paraguay 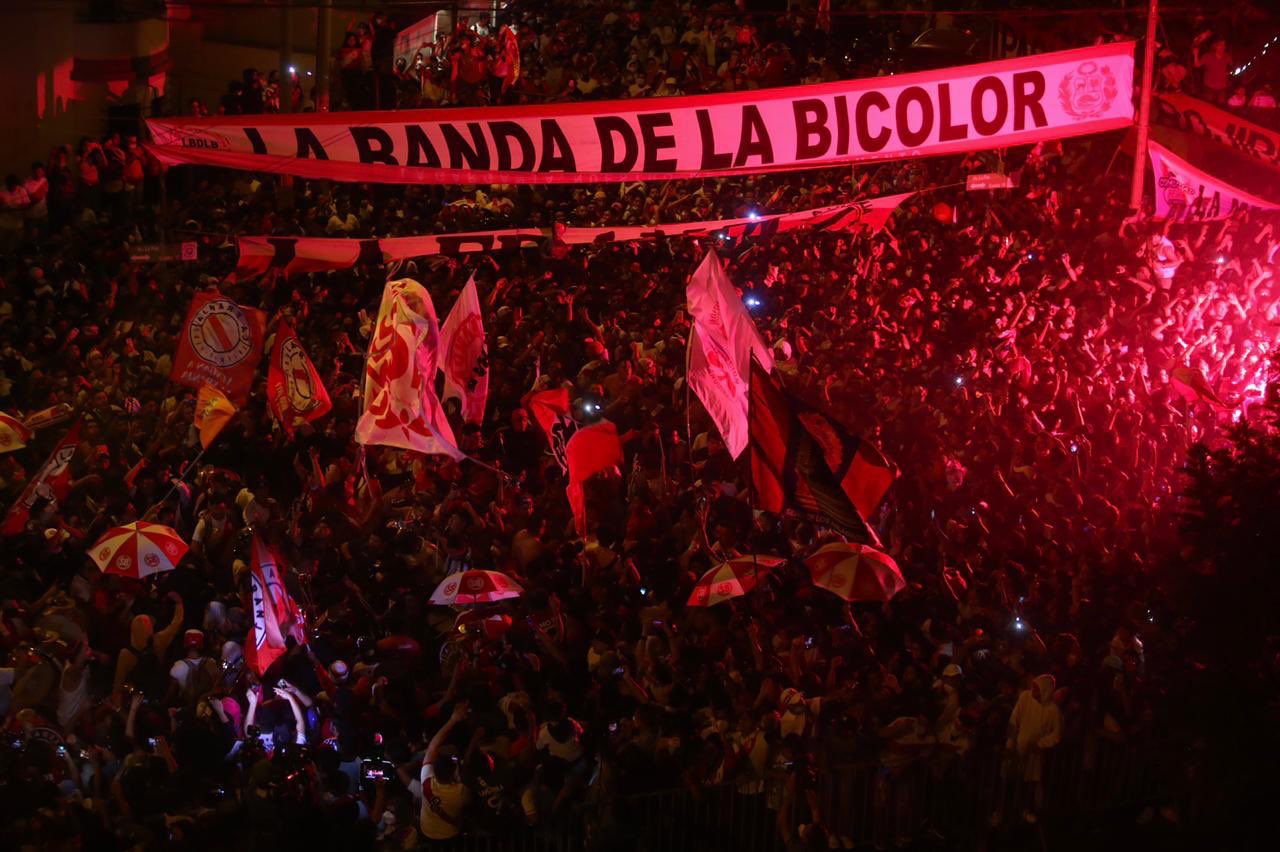 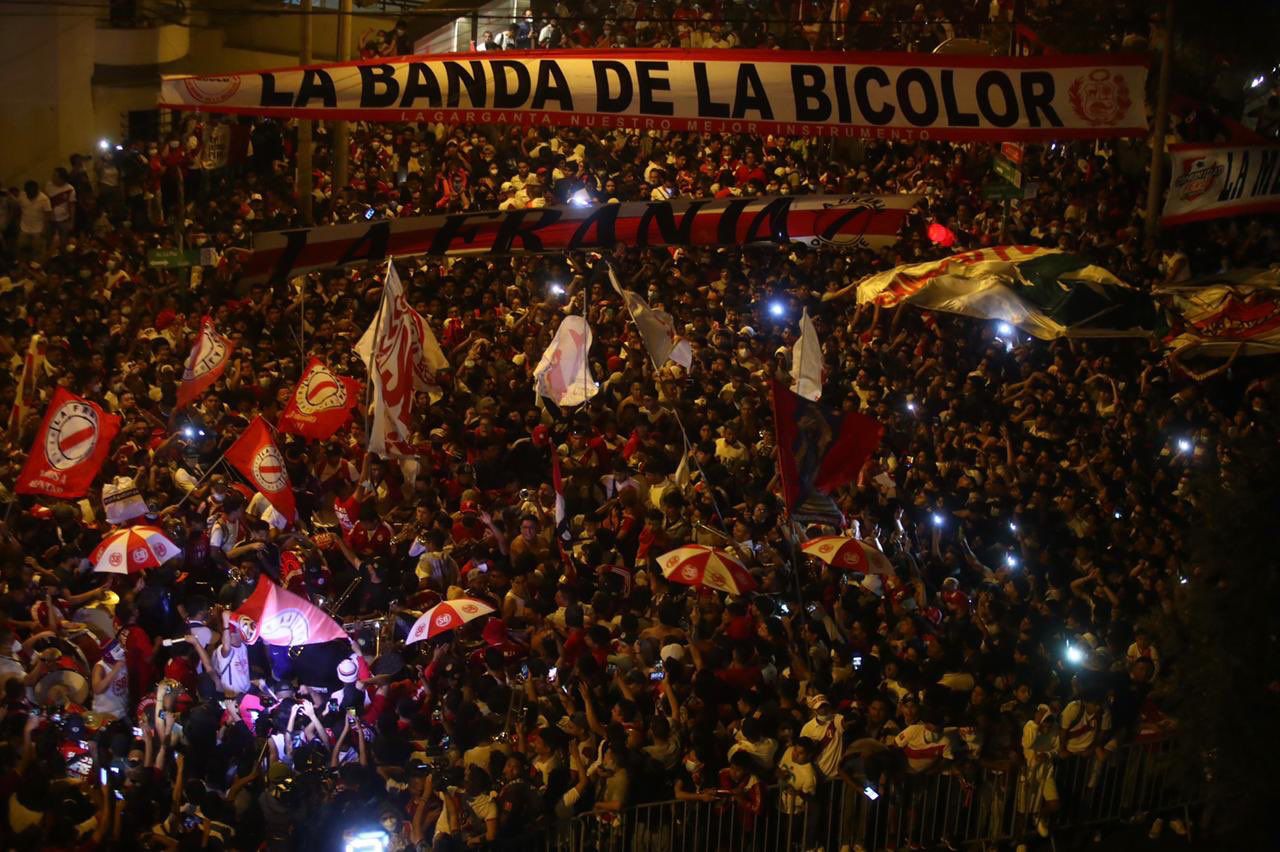 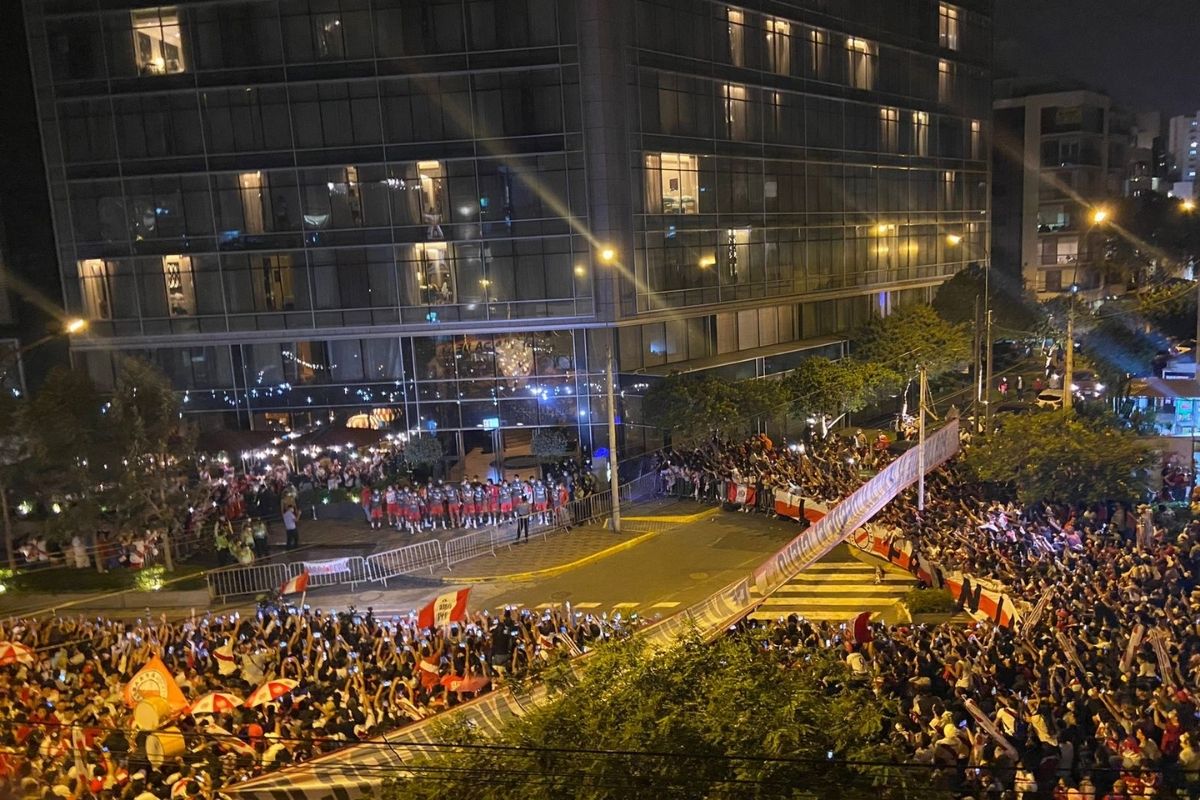 Peruvian fans made a flag before the match with Paraguay l Photo: @KVanessaHerrera 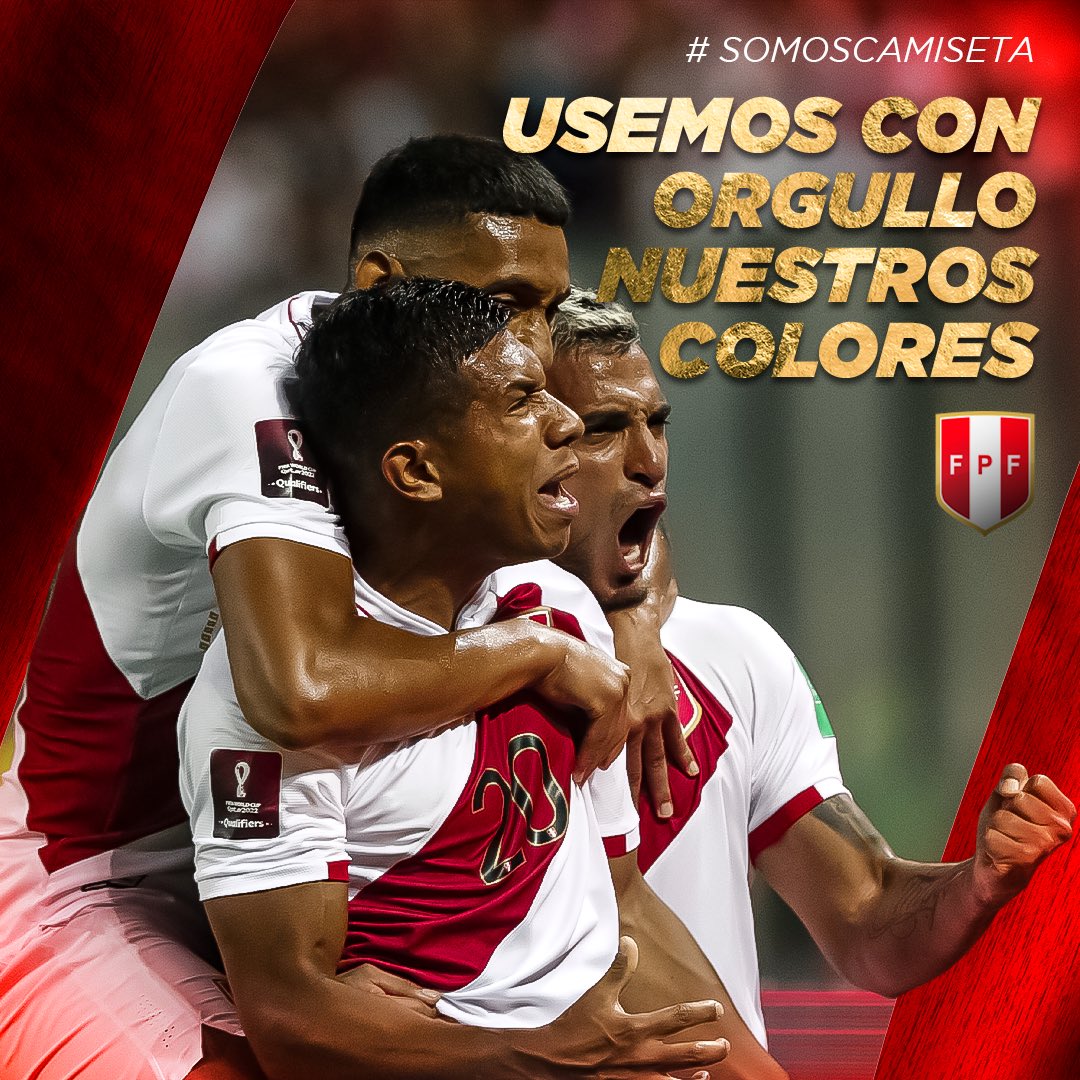 The defeat in Uruguay, with controversy due to a goal not charged to Miguel Trauco shortly after the end, is already behind us and only Paraguay is thought of. The ‘red and white’ will play her most important match of the Qualifiers in search of her second consecutive World Cup. There will be a large number of fans, since 100% of the tickets were sold.

Controversy over legitimate GOAL not charged to Peru against Uruguay

If Peru defeats (by any score) Paraguay, it will put its name in the playoff (it will be played in Qatar in a single duel). But if this does not happen, it will depend on other results that will come out of: Chile vs. Uruguay and Colombia vs. Venezuela. Everyone is fighting to stay in fifth place in the standings.

The Peruvian team has a low consideration for this duel with the ‘white-haired’. This is André Carrillo, who suffered a sprain in his left knee after a match with Uruguay in Montevideo. In his place would enter Edison Flores, the one with the important goals in the Qualifiers. He scored the last 2 (Colombia and Ecuador).

It should be noted that the “everyone’s team” never lost at home against Paraguay for this contest. Nor Ricardo Gareca since he took over the leadership of the campus. Peru scored 12 goals against him and only received 3 goals. The visit is the only South American who did not beat Peru del ‘Tigre’. All with information of ‘These are data not opinions’.

Paraguay, for its part, arrives with no chance of reaching Qatar 2022. But it is motivated after beating Ecuador 3-1 (qualified). And they will surely want to spoil the party for the Peruvians. That yes, they have losses of consideration like the one of Miguel Almirón. Nor will they be: Blas Riveros, Mathías Villasanti, Gustavo Gómez and Roberto Morales.

The last time Peru and Paraguay met for Qatar 2022 Qualifiers, the match ended evenly (2-2). That day, the ‘bicolor’ started winning, but failed in defense and ended up saving a tie that today could be the golden point in the contest. André Carrillo scored the 2 goals for the Peruvian team. 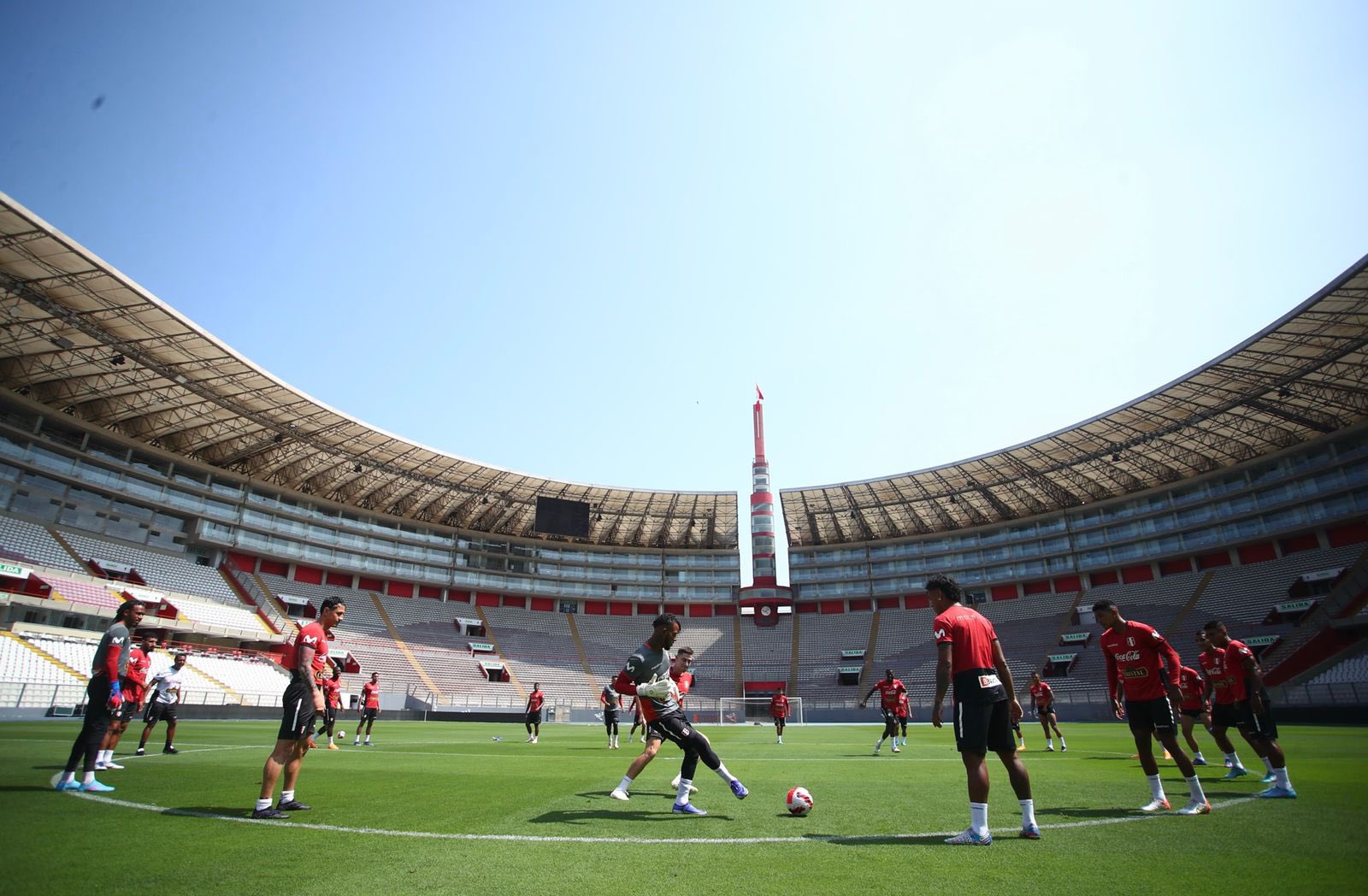 Work of the Peruvian team in the Nacional de Lima one day before the match. (Photo: FPF).

THE RESULTS THAT SUIT PERU

– If Peru beats Paraguay: it will qualify for the playoff regardless of the rest of the results.

– If Peru draws with Paraguay: you should expect Colombia and Chile not to win their respective matches.

– If Peru loses to Paraguay: you should expect Colombia to lose and Chile not to win.

SCHEDULES OF PERU VS PARAGUAY

CHANNELS TO SEE PERU VS PARAGUAY

Guillermo Barros Schelotto prior to Peru vs. Paraguay: “It’s an opportunity to show where we stand”Peru and the golden point in the Qualifiers that today allows a minimal advantage in search of the playoffGoal not charged to Peru: the 3D analysis of the controversial play against Uruguay