Provincial Ovalle wins 3-2 against D. Copiapó with a double by Pedro Cifuentes 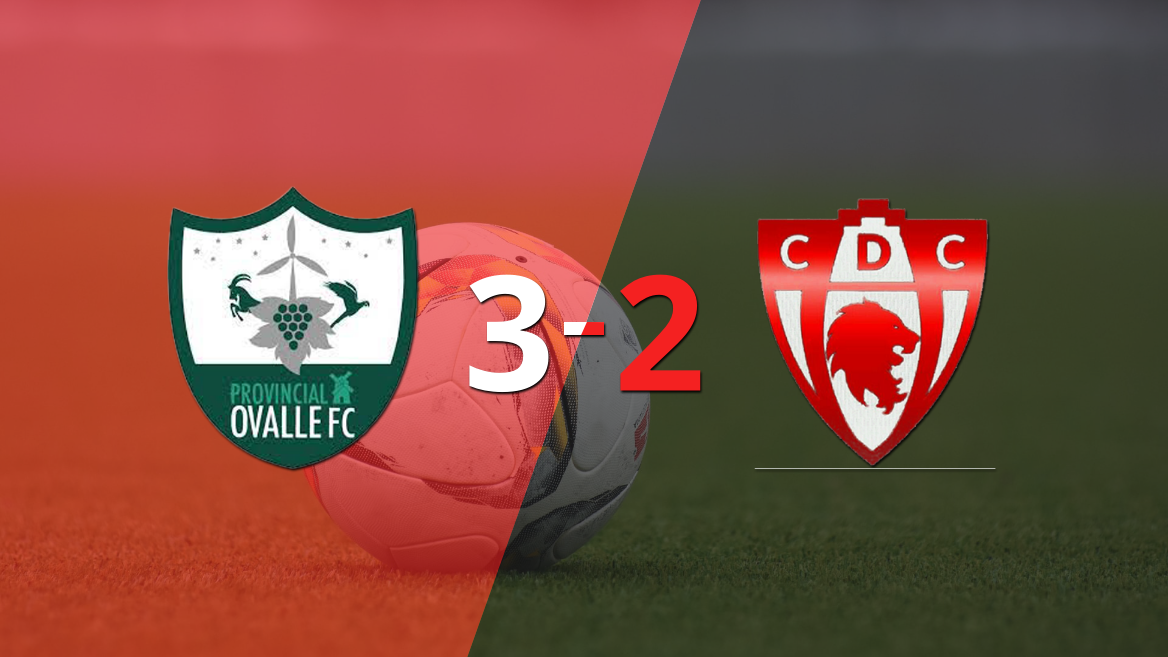 Pedro Cifuentes had a great performance. The attacker from Provincial Ovalle shone by converting 2 goals and kicking 2 times.

Another player who had a great game was Luca Pontigo. D. Copiapó’s attacker shone by converting 1 goal.

The meeting had several cautioned: Leonardo Povea, Giovanni David, Maximiliano Quinteros, Jorge Luna and Agustín Ortiz. He was sent off for a straight red, Ian Toro in the 58th minute of the second half.

The DT of Provincial Ovalle, Ricardo Rojas, presented a tactical arrangement 4-3-3 with Mauricio Reyes in goal; Mauricio Regodeceves, Jeremy Orellana, Nicólas Quezada and Maiko Flores in the defensive line; Diego Vergara, Giovanni David and Luis Pérez in the middle; and Leandro Vargas, Joaquín Fenolio and Pedro Cifuentes in the attack.

For its part, Héctor Almandoz’s team came out with a 4-4-2 tactical arrangement with Nelson Espinoza under the three sticks; Felipe Gaete, Agustín Ortiz, Diego García and Ian Toro in defense; Leonardo Povea, Wilson Piñones, Ronald González and Jorge Luna at midfield; and Mauro Heredia and Maximiliano Quinteros up front.

Pedro Morales was in charge of supervising the order of the game during the match.