In January 2011, Tunisia opens the ball of Arab revolutions 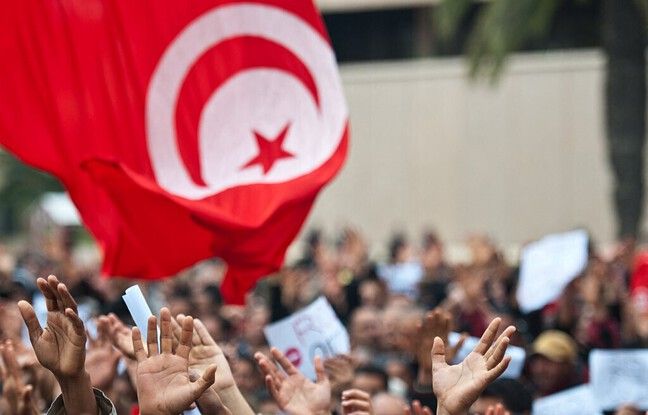 2011, January 14. After nearly a month of demonstrations and police violence, Tunisian President Zine el-Abidine Ben Ali is leaving office and fleeing the country in secret. I have been preparing for several weeks to go on a report in one of the Maghreb countries agitated by demonstrations, which will soon become the “Arab revolutions”. My editor-in-chief warns me: leaving for Tunis the next morning.

Arrived at Orly at 6:30 a.m., I spend the day with Tunisians stuck in Paris, worried about the safety of their loved ones and the future of their country: Tunisia has temporarily closed its airspace following the flight of the ousted president. We finally take off in the evening. On board, many round trips of passengers to the cockpit. I learn from a neighbor that everyone is going to greet the pilot “who refused to take off a little earlier in the day because Trabelsi were on board”. A hero in their eyes.

Word released and return of the exiles

Landed at Tunis airport, impossible to get out: the state of emergency was declared the day before, and the curfew forces me to spend the night there. The opportunity to listen to everything that the Tunisians gathered here have not had the opportunity to say for many years. Gathered in small groups, they tell each other anecdotes about “the clique in power”, discuss politics until dawn, the state of their country, the upcoming transition and which they hope will be pacifist and democratic…

Leaving the airport, it is the brother-in-law of a colleague who picks me up to take me to the center of Tunis. He introduces me to some of his friends, Islamists imprisoned under the Ben Ali era, who dream of the return from exile of Rached Ghannouchi, and to be able to exercise their religion freely. I will not see the return to the country of the head of Ennahda, on January 30, but I attend that of Moncef Marzouki, another opponent exiled under Ben Ali.

I am struck to see that even people who do not share his political positions welcome him with fanfare. As explained to me by Maroua, an anesthetist student whom I meet, “the important thing is that now there are different parties, and that we can choose”. Because, in Tunis, as in the other cities of the country, the essential is there: to finish dismantling the “Ben Ali system”, and to ensure the advent of a democratic Tunisia. They demonstrate every day in this direction, from 7 to 77 years old.

Among them, a surfer from 20 Minutes (I discovered during this week of reporting that we have many readers here) who spontaneously offered to help me as a “fixer”: he helped me make contact, took me to the four corners of the city… His own way of ensuring that the “Jasmine Revolution” – he confides to me, quite proudly, that it was he who found the expression – is known to all and spreads throughout the world. His wish will be granted: on January 25, it is the turn of the Egyptian people to rise up. Algeria, Morocco, Libya, Jordan, Bahrain, Yemen and Syria will follow. The “Arab revolutions” are launched.